During the fast-paced and popular "Lightning Round" segment of Mad Money Thursday night, one caller asked Jim Cramer about Astronics ATRO: "If you want aerospace, I'm gonna send you to Raytheon Technologies (RTX) or Honeywell HON," replied Cramer. Let's take a look at RTX.

In this daily bar chart of RTX, below, we can see that prices were more than halved in the February-March pandemic meltdown. Prices have recovered a bit since the March low but there have been three deep corrections that make it hard to position RTX from the long side. Prices are just above the declining 50-day moving average line and well below the declining 200-day moving average line.

The trading volume increased from late February into early April and then declined into July. The heaviest trading was in early April on the first pullback in RTX. Investors may have considered this pullback a legitimate retest of the March low and they became aggressive buyers.

The daily On-Balance-Volume (OBV) line made a strong move up in April telling us we were seeing aggressive buying but the OBV line has since weakened into July suggesting that sellers are now more aggressive. Prices, however, have not followed the same path as the OBV line.

The Moving Average Convergence Divergence (MACD) oscillator has been moving around the zero line and is not displaying sustained strength. 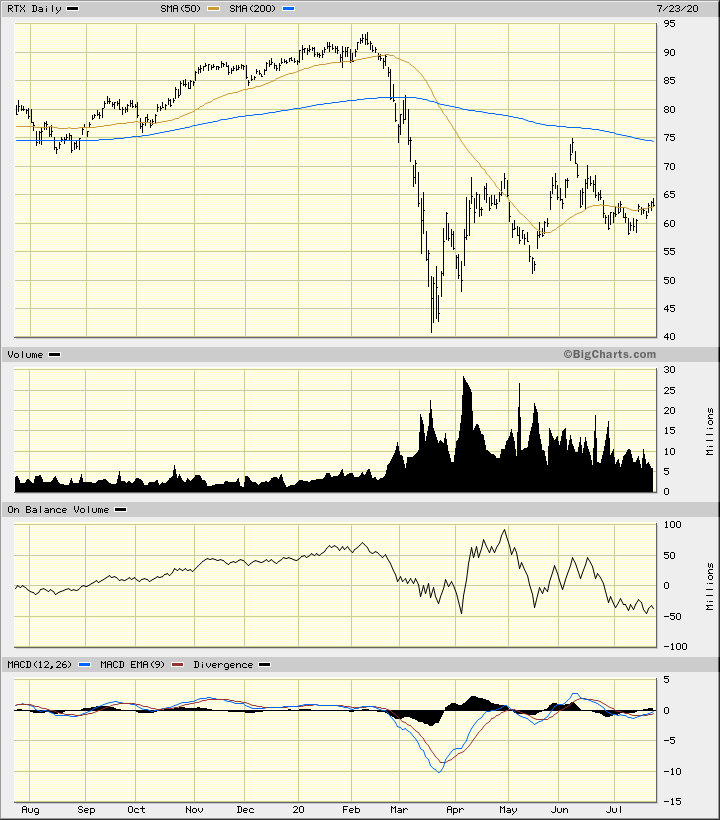 In this weekly bar chart of RTX, below, we went back 10 years to get a different perspective. Here we can see that RTX has been in a long-term uptrend that was only briefly broken earlier this year when RTX broke the last 2018 low. I am encouraged that the longer-term uptrend can resume the longer that RTX can hold above the $60 area.

Prices are below the declining 40-week moving average line but I do not see a major top formation prior to the February-March decline. The weekly OBV line only shows a limited decline so far this year. 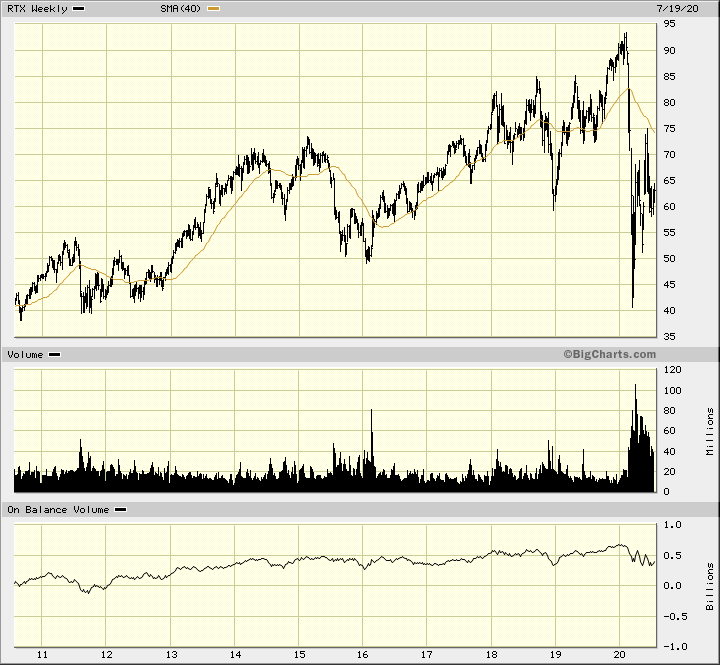 In this Point and Figure chart of RTX, below, we used weekly close only price data. Here we can see a potential longer-term price target in the mid $90's. A rally of this kind of strength could mean new all-time highs are possible. 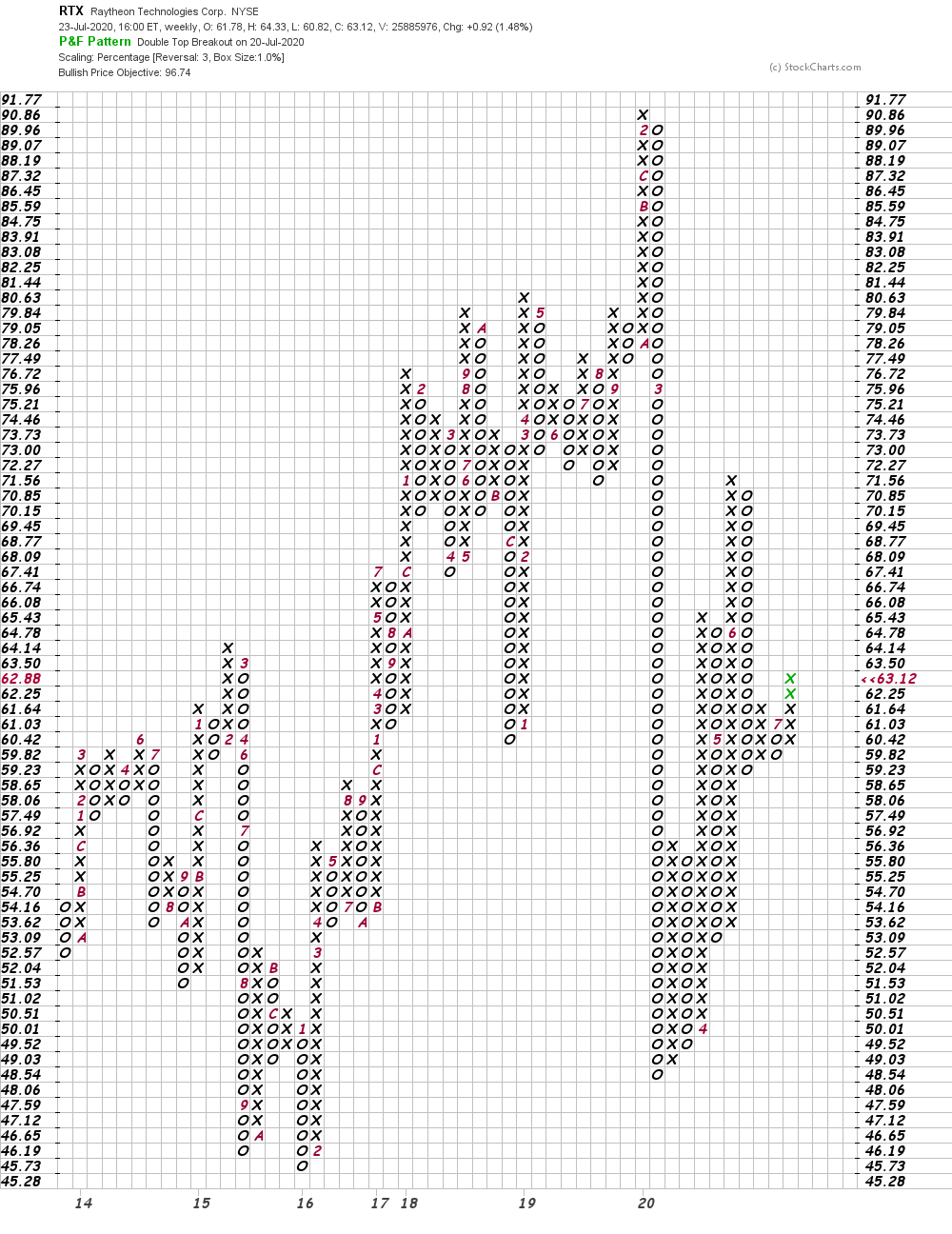 Bottom line strategy: The charts and indicators are not quite bang the table bullish but I am really impressed with the 10-year weekly chart and the Point and Figure price target. If RTX declines to the $55 area I think it will be a buying opportunity. Keep it on your shopping list.

Get an email alert each time I write an article for Real Money. Click the "+Follow" next to my byline to this article.
TAGS: Investing | Markets | Stocks | Technical Analysis | Trading | Defense | Mad Money