The Walt Disney Co. (DIS) is the 'Stock of the Day' at Real Money. The company announced that Bob Iger was stepping down and named Bob Chapek will be its seventh chief executive officer, effective immediately. Bob Iger will take the role of executive chairman through Dec. 31, 2021 - the end of his contract with the company. Iger, by all accounts, seems to have been a powerful force in the company's success for many years.

In this daily bar chart of DIS, below, we can see that prices peaked in late November/early December. Weakness has dominated before the fears of the coronavirus have impacted resorts and travel plans.
DIS has been below the declining 50-day moving average line and tested the cresting 200-day moving average line in late January. Prices have since gapped below the 200-day line and are set to break the lows of October.
The daily On-Balance-Volume (OBV) line peaked at the end of November and has been telling us that sellers of DIS have been more aggressive for several months.
The Moving Average Convergence Divergence (MACD) oscillator peaked at early December and in January it crossed below the zero line for an outright sell signal.

In this weekly bar chart of DIS, below, we can see that prices gapped below the cresting 40-week moving average line. The weekly OBV line has declined the past three months and the MACD oscillator which has been weakening since July is nearly crossing the zero line now.

In this first Point and Figure chart of DIS, below, we used daily price data. You can see that the software is projecting a downside price target around $121. 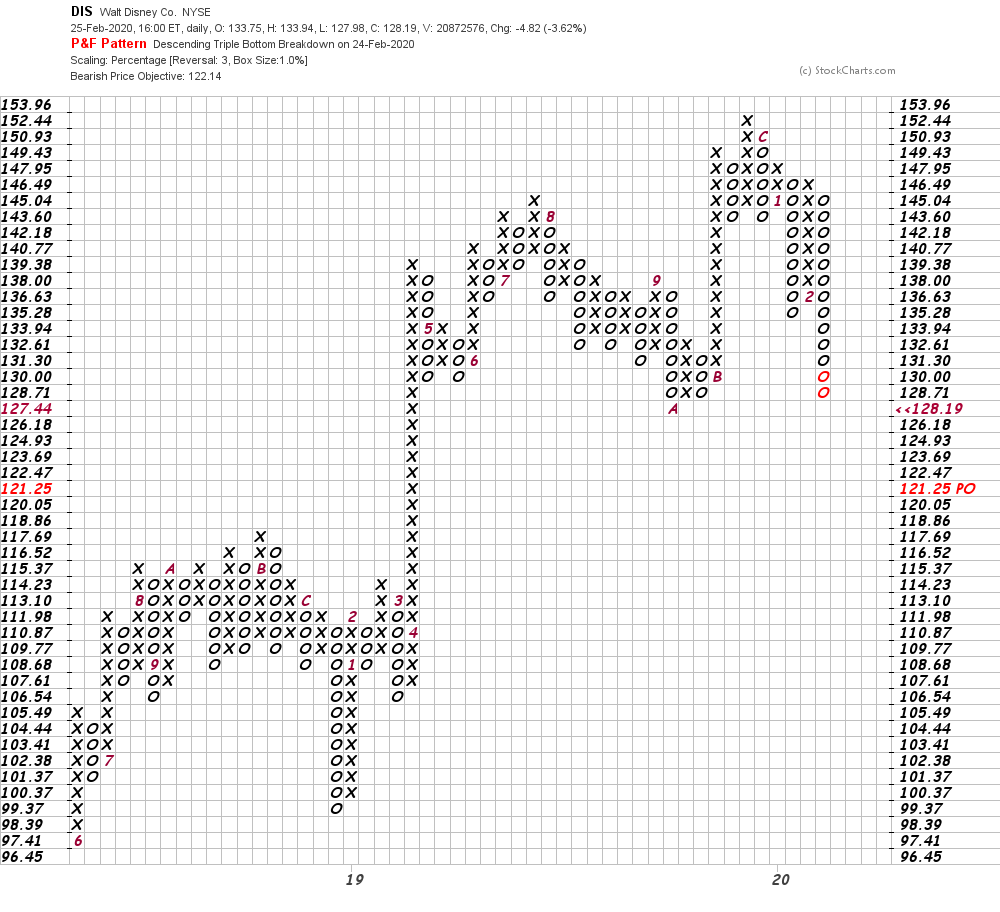 In this second Point and Figure chart of DIS, below, we used weekly price data and here a potential price target in the $118-$116 area is shown. 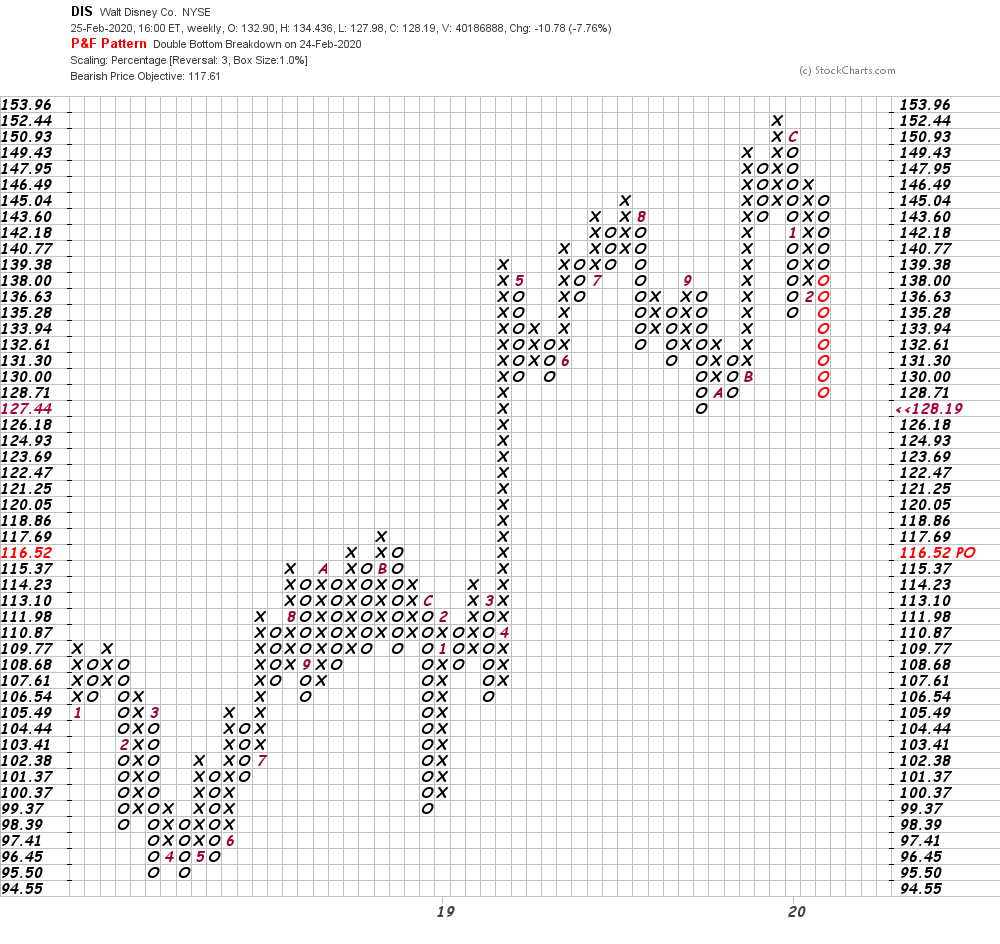 Bottom line strategy: Bob Iger was certainly an important leader at Disney but that does not mean the bench is empty.
Get an email alert each time I write an article for Real Money. Click the "+Follow" next to my byline to this article.
TAGS: Investing | Stocks | Technical Analysis | Trading | Digital Entertainment | Movie Production | Movies | Resorts and Hotels | Television Production/Distribution | Stock of the Day