CrowdStrike (CRWD) is due to report its latest quarterly results on Thursday after the close. We looked at CRWD on March 17  and wrote that, "Yes the need for cybersecurity is probably greater than ever, but that need may already be discounted in the price action. I remain cautious on CRWD."

Let's visit the charts again.
In this updated daily bar chart of CRWD, below, we can see that prices have mostly traded sideways since our mid-March review. Prices have survived two good tests of the rising 200-day moving average line. A test in late March and another in early May. Prices are currently above the rising 50-day moving average line.
The daily On-Balance-Volume (OBV) line has moved generally lower since February. The Moving Average Convergence Divergence (MACD) oscillator has just moved above the zero line for a fresh buy signal.

In this weekly Japanese candlestick chart of CRWD, below, we see a positive-looking set-up. Prices are in an uptrend above the rising 40-week moving average line. There are some lower shadows in recent months as traders have rejected the lows near the 40-week moving average line.
The weekly OBV line is positive and close to making a new high to confirm the price gains. The weekly MACD oscillator has narrowed and is close to a bullish crossover and buy signal.

In this daily Point and Figure chart of CRWD, below, we can see a nearby price target of $235. While this target is not far away it is a key breakout and should refresh the uptrend. 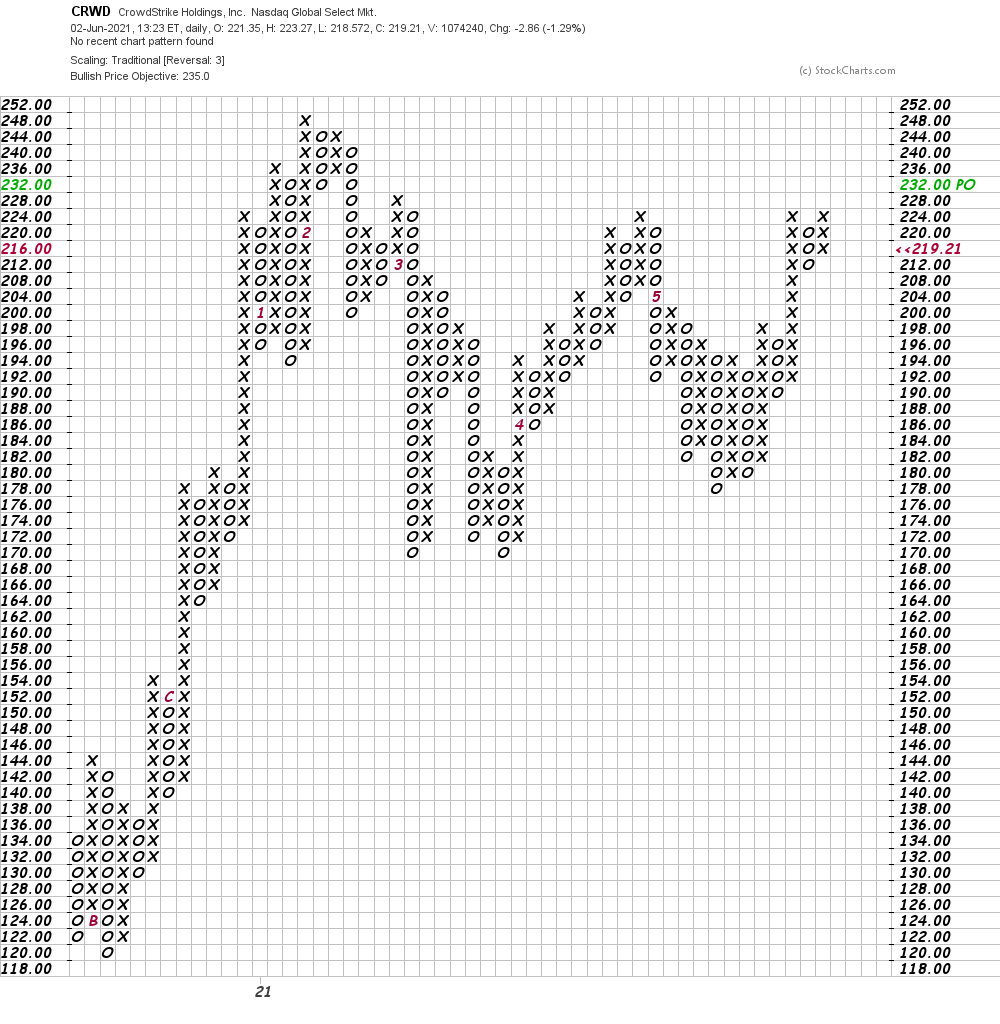 In this weekly Point and Figure chart of CRWD, below, we see a potential price target of $333.

Bottom line strategy: The charts of CRWD have improved from March and they now look ready to charge higher. Traders could go long CRWD ahead of earnings Thursday risking to $195. The $333 area is our price target.
Get an email alert each time I write an article for Real Money. Click the "+Follow" next to my byline to this article.
TAGS: Investing | Markets | Stocks | Technical Analysis | Trading | Cybersecurity | Technology