Applied Materials (AMAT) was cut in half from March to October but the charts and indicators have been showing improvement lately. Let's check and see if the worst is behind this stock.

In this daily bar chart of AMAT, below, we can see that prices made a low at the end of October and a higher low in the middle of November. Prices have also been making higher highs in recent weeks so we have a short-term uptrend in place.

Prices rallied temporarily above the now flat 50-day moving line. The declining 200-day line is still well above the market around $46.

The daily On-Balance-Volume (OBV) line shows a sideways trend from February to August and then a decline to late October. Over the past five weeks when the broad market has been so volatile the OBV line for AMAT has improved. A rising OBV line is a sign that buyers are acting more aggressive.

In the lower panel is the Moving Average Convergence Divergence (MACD) oscillator which gave cover short signals in September and October and just crossed the zero line for an outright go long signal.

In this weekly bar chart of AMAT, below, we can see a mixed picture. Prices are below the declining 40-week moving average line.

The weekly OBV line shows a peak back in the fourth quarter of 2017 and a one-year decline. The OBV line now shows some improvement the past two months.

In this Point and Figure chart of AMAT, below, we can see a downside price target for AMAT that would mean, if reached, a retest of the October low. 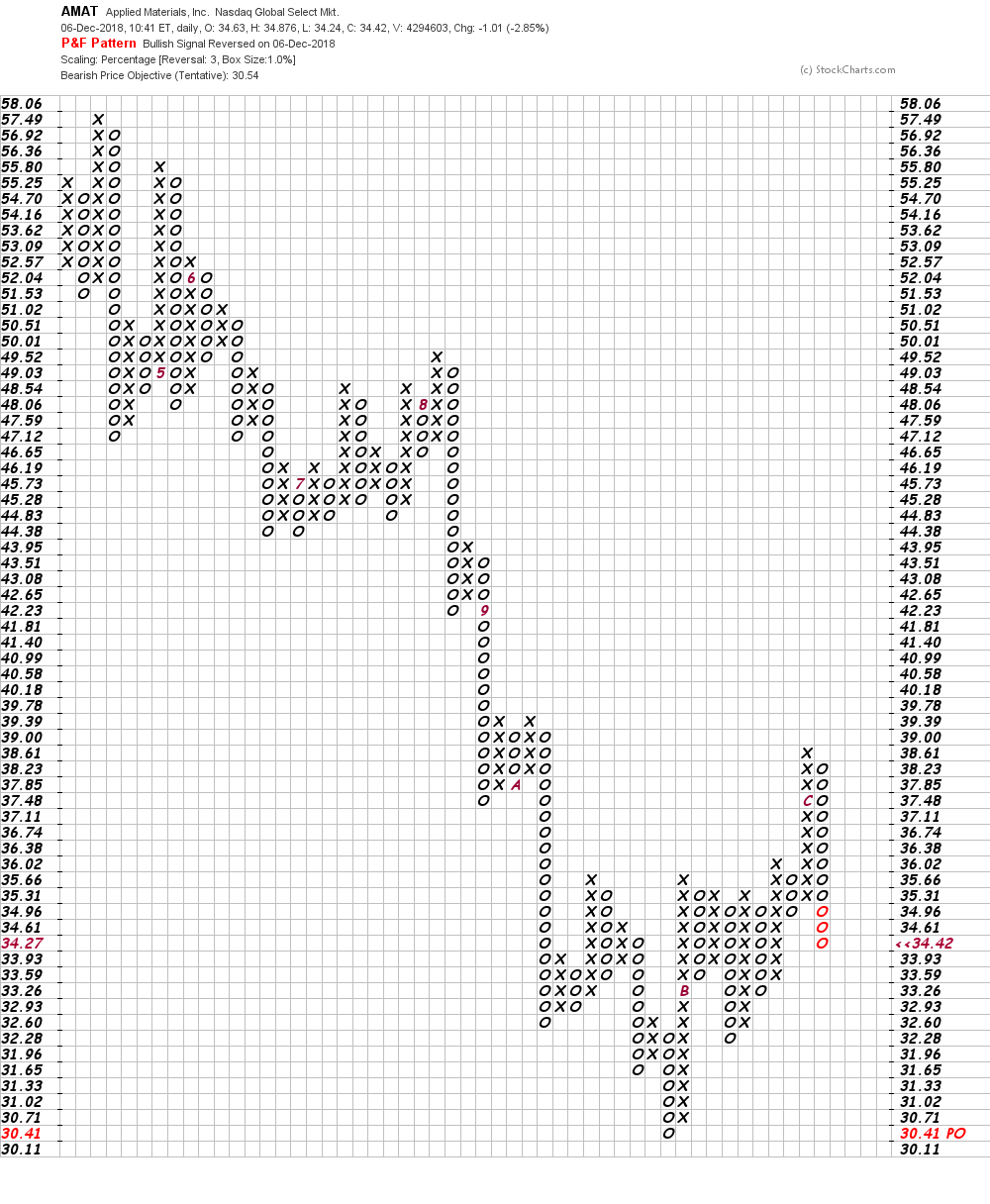 Bottom line strategy: AMAT may give us some nail biting moments in the short run but after a 50% decline from the highs I would not be a perma-bear. Risk below the October low on any purchases.

Get an email alert each time I write an article for Real Money. Click the "+Follow" next to my byline to this article.
TAGS: Investing | Markets | Technical Analysis | Technology | Technology Hardware & Equipment

We recommend trading AVGO from the long side even with the recent sharp gains.

Today's Market Action Shows the Macro Can Outweigh the Micro

Time to make the leap from avoiding overvalued assets to actually investing in plays that will benefit from a reversion to fair levels of valuation.