I know it's probably cliche to talk about Apple (AAPL) as a breakout without simply buying the overall market, but seeing the stock move higher along with Tower Semiconductor (TSEM) , I think we can see some outperformance heading into the holiday season. The move above the recent price consolidation gives us a breakout from a bullish flag pattern. The first measured target here is $6 above the current price with subsequent targets of $12 and $18. An obvious alternative here is to simple use the Nasdaq 100 or (QQQ) to provide a slightly broader/diverse exposure. 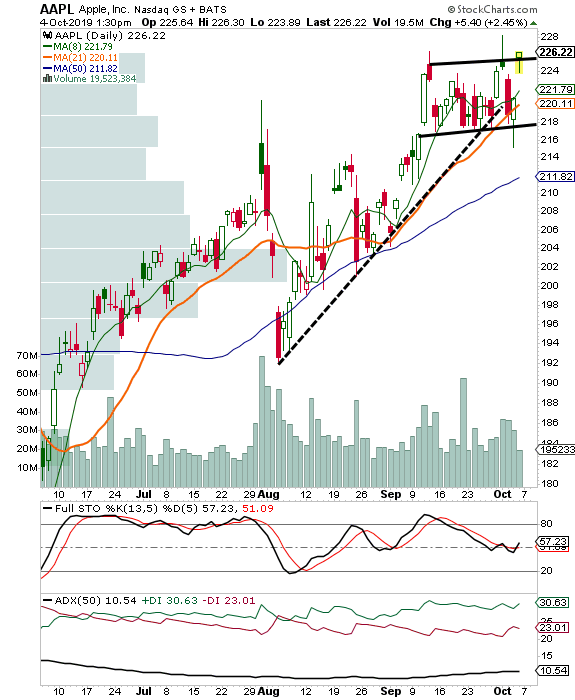 Tower Semi isn't a name I've traded in the past, but the current "W" formation offers a different bullish look in the semiconductor space. Rather than doubling up with a similar pattern to Apple, for TSEM the "W" pattern gives us a building bullish pattern with slightly stronger support due to multiple layers of price action underneath. Apple has the flag, but support gets thin below those levels. The higher lows of the W is also preferred versus static lows or lower lows. While not overly exciting in terms of upside, I am looking for a push to $22. 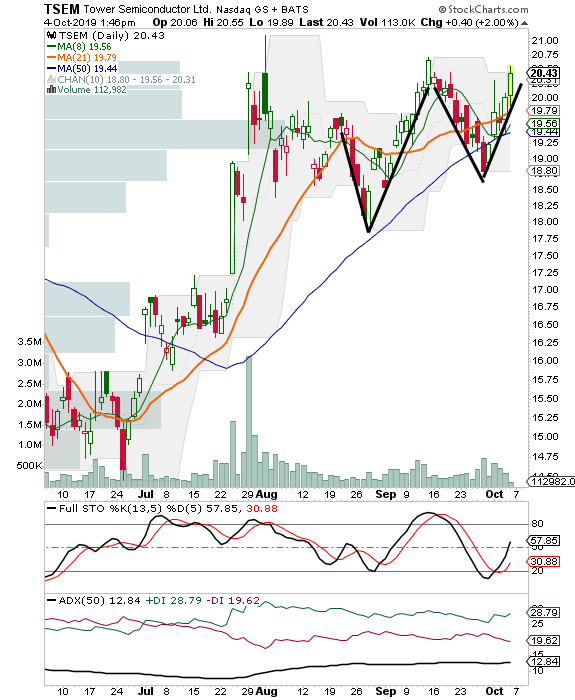 Another broader approach is the VanEck Vectors Semiconductor ETF (SMH) . While this also showcases a similar bull flag pattern to Apple, the ETF has a retracement flag rather than a sideways channel. Again, we see the start of a bullish crossover in the Full Stochastics indicator. This isn't as clean or as low as I prefer, but if a more diverse play toward the sector suits your risk tolerance, then you can comfortably move into this choice over one of the other two. 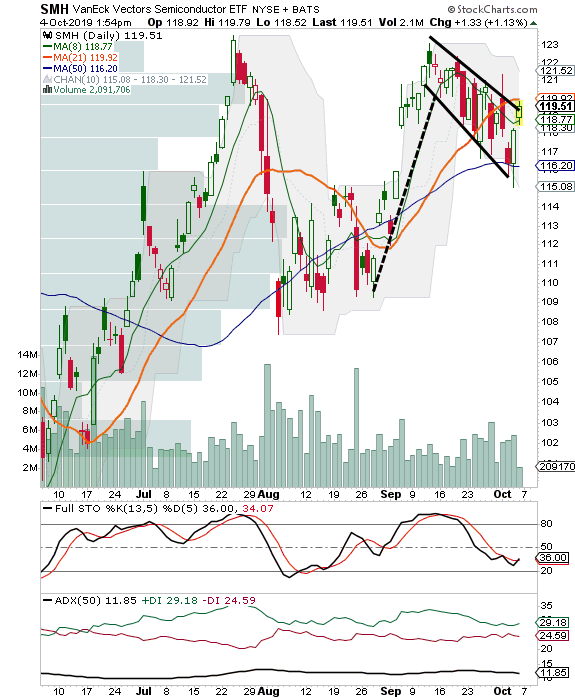 It's Friday, so waiting until Monday to see what transpires over the weekend may not be a bad move. That's my preference.

Get an email alert each time I write an article for Real Money. Click the "+Follow" next to my byline to this article.
TAGS: ETFs | Investing | Stocks | Technical Analysis | Trading