The surge in the price of copper, which recently hit a 3 ½-year high and is up 12% over the last three weeks, means some of the change in your pocket may be more valuable than you might think. Indeed, even common pennies produced before 1982 (and some produced in 1982 before the composition of the coin was changed from 95% copper to 97.5% zinc) are worth more than twice their face value, 2.1 cents each, based on yesterday's copper price.

No one is likely to get rich one penny at a time by yanking the pre-1982 varieties out of circulation; in fact, a 2006 law made it illegal in the U.S. to melt coins. At that time, the metal in your garden-variety nickel coin (75% copper and 25% nickel) was worth nearly seven cents, while pre-1982 pennies were worth about 10% more than their face value. Fearing that rising metals prices would lead to shortages due to coin melting, the Treasury Department made the practice illegal.

That does not mean coins can't be and aren't hoarded, however. Ever the treasure hunter- -- that's what value investors are -- I have been curious a couple times over the years about just how common the pre-1982 pennies are. That led to a couple experiments to see how many copper pennies one might find in $10 rolls of pennies obtained at a local bank. Interestingly, the bank was a bit put off by my requests for 20 rolls of pennies and suggested that I call ahead in the future. 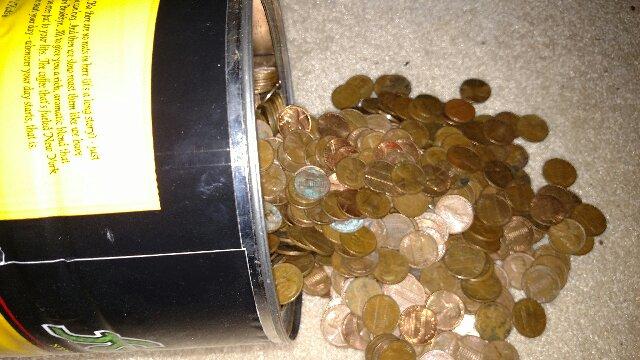 I still can't help myself, though; whenever I spot the copper pennies in my change, I yank them out and keep them. Even if you can't melt them, they are still a store of value, and I'll take two cents for one anytime I can get it. That's very reminiscent of one of the value investor's mantra, finding "50-cent dollars"-- it just happens to be in much smaller increments.

With copper rising, it may be time to repeat the experiment yet again. I'll be sure to call the bank ahead of time, though.

Here's to uncovering a healthy amount of "two-cent pennies" in the form of compelling stocks in 2018. I suspect that won't be all that easy to do in the New Year, at least in value land.

Get an email alert each time I write an article for Real Money. Click the "+Follow" next to my byline to this article.
TAGS: Commodities | Markets | Basic Materials | Investing | Currencies