This commentary originally appeared on Real Money Pro at 9:00 a.m. on Dec. 23. Click here to learn about this dynamic market information service for active traders.

Lockheed Martin (LMT) has been under pressure for the past few weeks because of tweets by President-elect Donald Trump. Despite this pressure, Lockheed stock is up 16% from a year ago, and only 6% away from its 52-week high. While Trump tweets may be causing Lockheed longs to pop antacids, there may be fundamentals that can create greater concern for investors.

Prior to the tweet-related selloff, Lockheed had announced strong third-quarter earnings. In late October, the company blew past analyst expectations of $2.86 per share by reporting $3.61 per share. The third quarter represented the sixth time in the past seven earnings reports that Lockheed had exceeded earnings expectations. 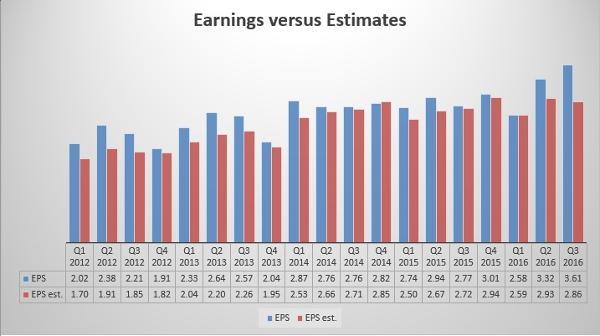 While earnings growth, which was flat two quarters ago, has accelerated to over 7% after the third quarter, revenue growth has ground to a halt. With revenue growth halting, and pressure coming from the change in government to save money for taxpayers, Lockheed investors can expect significant headwinds in the near term.

Prior to the election, analysts began seeing headwinds in Lockheed Martin's future. Forward earnings in October were much lower than in the prior quarter. Analysts are now expecting $12.16 per share earnings for 2017 vs. $13.61 in the prior quarter, which represents a decline of 12%. The decline also represents zero growth, year over year, from 2016 to 2017. Despite these expectations declining, the stock price has appreciated, causing the company's valuation to rise to over 21x forward earnings. 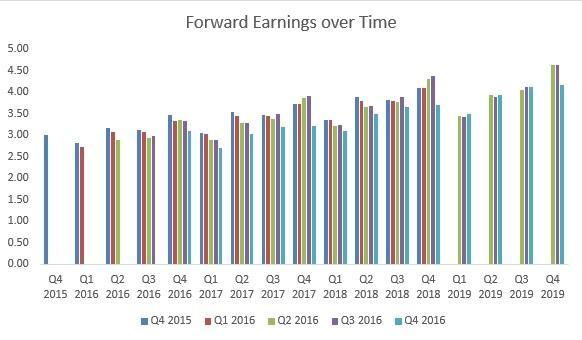 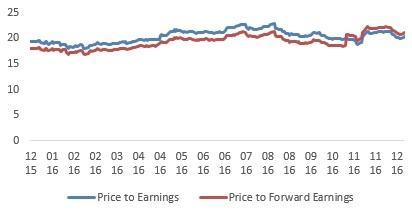 Overall, Lockheed Martin is heading to $200 per share vs. $300. The company's earnings growth is expected to grind to a halt in 2017. That, combined with an increasingly aggressive government stance on contractors, make the future challenging. Investors looking to take a long position in Lockheed should at least wait until the forward earnings decline is halted.

Get an email alert each time I write an article for Real Money. Click the "+Follow" next to my byline to this article.
TAGS: Investing | U.S. Equity | Transportation | Earnings | Politics | Stocks

Velodyne Lidar Is Pointed Lower Without Our Hands on the Wheel

Jim Cramer and I are on the same page.

Trade Boeing? Why Not?

Boeing has obviously cleaned up the firm's act. But still, who wants to get on an airplane these days?

Let's check out the charts of HYLN.

Rummaging Through the Bargain Bin Turns Up a Trio of Names

Beazer Homes USA, Olin Corp. and TravelCenters of America are showing signs of life and are worth consideration.