"Without promotion, something terrible happens ... Nothing!"

Since late November I have made my position on bitcoin prices abundantly clear, expecting its move to about $20,000 to be followed by a spectacular collapse, to under $2,000 in 2018.

Here are some of the articles I have written in the last four weeks that have delivered multiple warnings regarding both the price of bitcoin and the risks associated with collateral stock plays in both bitcoin and blockchain:

* Sorry to Ruin the Surprise, but Bitcoin Will Collapse in 2018
* Bitcoin Plays Are Barking up the Pets.com et al Tree
* 1,2,3 Red Light
* Bitcoin Proves a Bust for Boca Biff
* It's Not Different This Time (With Bitcoin)
* Pigs Are Flying
* FINRA Talks Crypto-Risk
* I Am Ready to Short Bitcoin-Related Plays
* More Blockchain Insanity
* Please Don't Champ at the Bitcoin Plays
* Bitcoin Mania Travels in Different Orbits
* Why Bitcoin Is on Fire and Whether It Will Stay That Way
* Why Bitcoin Is En Fuego and Where It May Go From Here
* Passing Up on Speculative Bubbles
* Woodstock, or Bitcoin?

Bitcoin bulls see bitcoin as both a currency and a commodity, with equity-like characteristics and speculative appeal.

Bitcoin very well may survive as a commodity and speculative asset class. However, for bitcoin to have transactional value and to maintain current price levels and/or to rise to price levels that the bulls expect, it simply can't continue to be as volatile as it has been since its infancy.

Here is a chart from Zero Hedge that shows the amount of time it took for the price of bitcoin to reach certain levels (up and now down):

While I am bearish on the price of bitcoin, I am bullish on blockchain technology, as articulated in one of my 15 Surprises for 2018:

"Bitcoin will ultimately assume a permanent place in the Speculative Hall of Fame, along with tulips (1636-37), the dot.com bust (1999-2000), the housing bubble (2005-07) and the South Sea Bubble (1711-20), as traders and investors learn the lesson, once again, that an asset class founded on the notion that there is a greater fool who will be willing to buy that asset for more than the previous fool paid, almost always ends in disaster.

The year 2018 will be one in which investors come to understand that blockchain technology -- a distributed database of records of transactions that are executed and shared among participating parties and are validated by a network of users, called "miners," who contribute computing power in exchange for the chance to garner coins using a shared database and distributed processing -- is real (each transaction is encrypted and can't be replicated or altered), but that bitcoin is a mirage and becomes, like many past schemes, a byword for Ponzi-like nostalgia. "

This does not mean, however, that I am bullish on many of the silly stock plays related to the collateral blockchain technology (the ledger that bitcoin is based on). It is beyond me how many of these companies with no expertise in blockchain (or bitcoin) can be meaningful contributors to that technology and produce profits in the fullness of time.

I am conscious that many disagree with my views on bitcoin and blockchain stock market plays, just as they opposed my views in the final innings of the housing bubble in 2007 and in the dot.com boom in late 1999. They believe they profitably can navigate the potential bubble by viewing the price momentum or technical signs.

I have learned many years ago that there are many ways to beat Mr. Market away from the fundamentals that I address and embrace. Neither I nor anyone other fundamental analyst have a concession on a profitable investment methodology that can deliver superior returns. As Grandma Koufax used to say, "There are many ways to skin my gefilte fish."

I also have learned, as captured in an oft-used quote, that "a gentleman is a man who can disagree without being disagreeable."

I respectfully disagree with the act of trading potentially fraudulent and unprofitable companies that have no discernable business model or industry expertise simply based on stock prices. This is not my game and, for most with conservative risk profiles/appetites, it should not be their game, either.

Indeed, one of the oldest games in a speculative stock market boom is for small and unprofitable companies to rebrand themselves, changing names to adopt to a current bubble and mania for the purpose of promoting interest in the underlying shares. Boca Raton, Florida, where former SEC Chairman Richard Breeden once said, "There are more sharks in Boca than in the surrounding waters," and Long Island, New York (home of Jordan Belfort and Stratton Oakmont as well as other boiler room brokerage shops), historically have had one step up on the nation's scams, and that trend appears to continue in late 2017!

Here are some of the most ludicrous and conspicuous recent examples:

History proves and is populated by companies that rebrand themselves as a bubble is being formed.

Of course, timing a speculative mania or bubble that only can be seen in a rear-view mirror is the most difficult of exercises. I know -- I have the scars on my back to prove it!

That said, both my experience and history show that mania-like conditions, soon about to burst, are often a precondition of this sort of silly and transparently stupid process of company rebranding that mostly and ultimately fails in a dramatic way and leaves traders and investors singing the blues.

And so is the business media's preoccupation with an asset class a typical sign of a maturing market or close to the end of a speculative mania.

The introduction of a bitcoin price "bug" on CNBC is another signpost, and so is the inundation of tweets about the subject of bitcoin and the plentiful comments in social media. 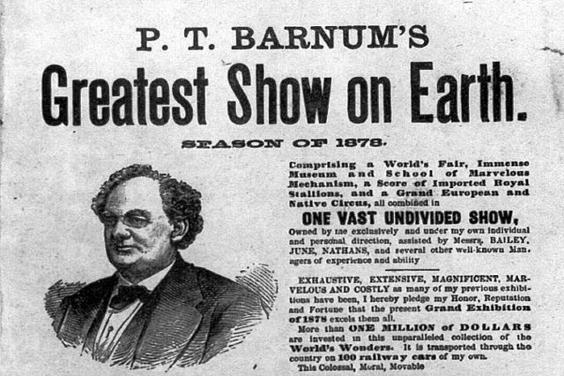 For a good part of 2017 bitcoin and blockchain were the greatest shows on our investing earth.

"There is a sucker born every minute."

(This commentary originally appeared on Real Money Pro at 7;46 a.m. ET on Dec. 22. Click here to learn about this dynamic market information service for active traders.)

Get an email alert each time I write an article for Real Money. Click the "+Follow" next to my byline to this article.
TAGS: Investing | U.S. Equity | Cryptocurrency | Bitcoin | How-to | Markets | Risk Management

These Blockchain Funds Are Breaking the Rules of Old Wall Street

Let's compare four crypto-related exchange-traded funds to see which is the best bet for mining profits.

A Technical Strategy for MicroStrategy

Let's check the charts on this Michael Saylor-helmed bitcoin play.

Monday's trading action reminded me of a quiet bus ride into the mayhem.