We last looked at Analog Devices (ADI) in the latter part of November, when we said, "Traders should continue to hold longs and investors, too. Targets of $100 and even $124 are possible in this bull market. A close below major chart support around $85 would be bearish."

A month later we can see in the chart below that ADI made a two-day reversal in late November and continued lower to $84. In the decline ADI closed below the flat 50-day moving average line and stopped short of the cresting 200-day line. Prices have recovered about $4 this month but have stopped, so far, at the underside of the 50-day moving average line. The On-Balance-Volume (OBV) line rolled over in November and only shows a slight lift in December. The Moving Average Convergence Divergence (MACD) oscillator crossed to the upside for a cover shorts buy signal.

In this weekly bar chart of ADI, below, we have a mixed picture. Prices are still in an uptrend. ADI is above the 40-week moving average line but the slope of the line is turning flat. The weekly OBV line shows a small dip and a recovery the past six weeks and we could call that a neutral picture. The MACD oscillator on this time frame is still in a take profits sell mode but we can also see a bearish divergence from March as the indicator made a lower high when prices made a higher high.

In this Point and Figure chart of ADI, below, we can see that a decline to $83.08 could weaken the picture but it will take a rally to $93.61 to rally firm things up. A downside price target of $75.21 is shown. 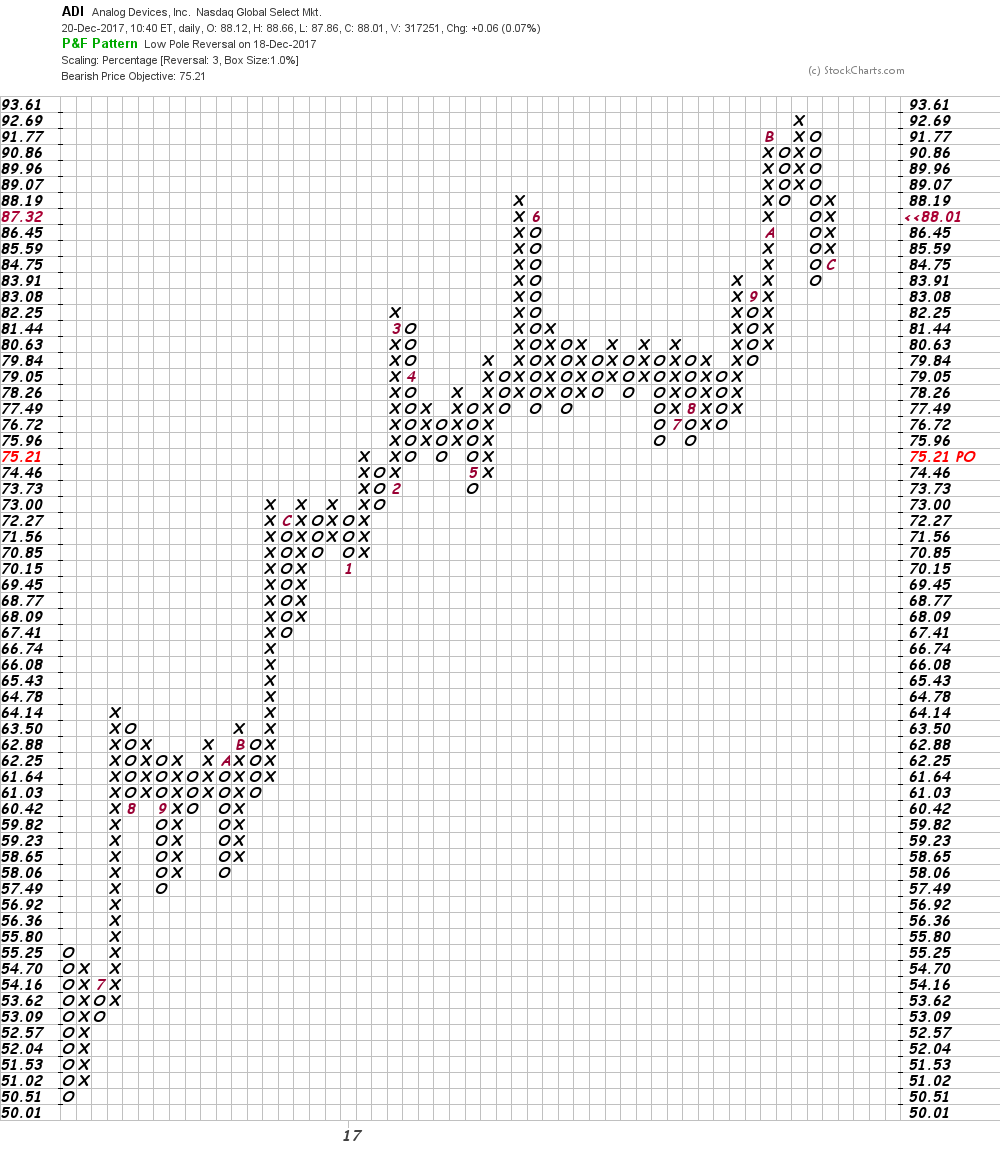 Bottom line -- I got into the business during the 1973-1974 bear market so I tend to worry more about the downside. I would remain cautious of ADI. A decline under $83 would turn me bearish.