Phillips 66 (PSX) made a bottom formation in February through June before it broke out on the upside this year. Prices have rallied strongly, but is there more in the tank? Let's review the charts and indicators for some guidance.

In this updated daily bar chart of PSX, below, we can see that the base in February-June saw a rising On-Balance-Volume (OBV) line, which tells us that buyers of PSX were more aggressive in that time period. Prices broke out above the 200-day line in July and the rally was on.

In early August, the rising 50-day line crossed above the rising 200-day line for a bullish golden cross of these two indicators. The OBV line has continued to rise the rest of the year and the Moving Average Convergence Divergence (MACD) oscillator is in a bullish mode and pointed up.

In this weekly bar chart of PSX, below, we can see that the recent move above $95 was a breakout over the highs of 2015. Prices are above the 40-week moving average line. The weekly OBV line is moving up and confirms the advance. The MACD is clearly in a bullish configuration above the zero line. 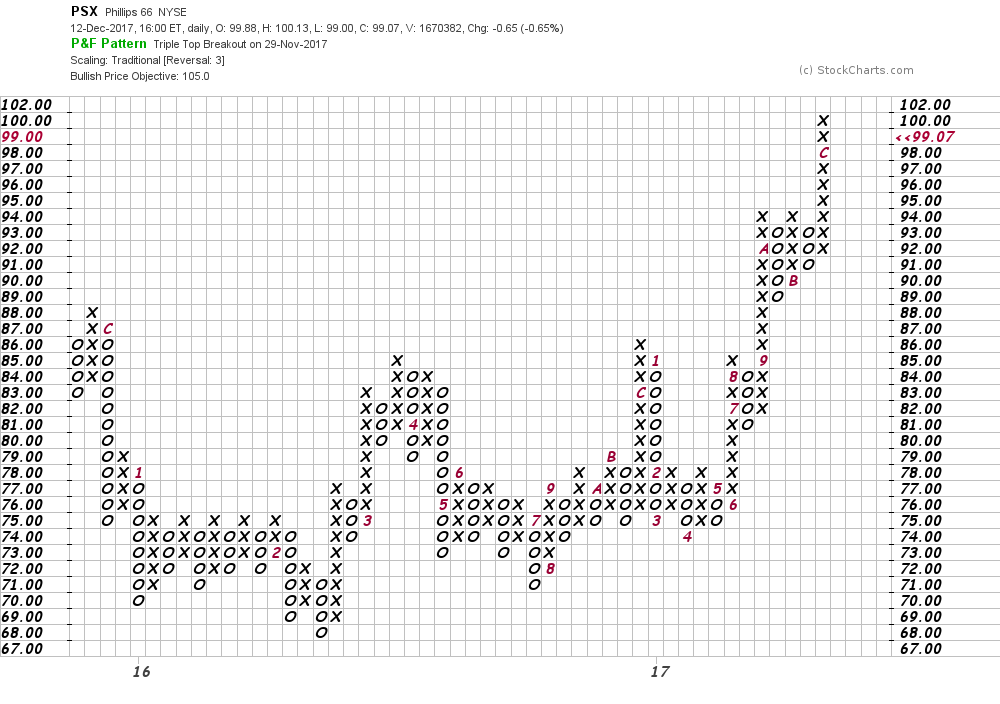 Bottom line: PSX might trade sideways around $98 for a couple of weeks, but I would look for the uptrend to continue. Trade PSX from the long side, risking below $92 for now.

Get an email alert each time I write an article for Real Money. Click the "+Follow" next to my byline to this article.
TAGS: Investing | U.S. Equity | Energy | Markets | Stocks

Halfway Home and This Portfolio of Lovable Losers Keeps Delivering

The 2021 Tax Loss Selling Recovery Portfolio didn't do much in April but is soundly beating the market six months after inception.