Raytheon (RTN) was reviewed last week and we said, "There is some chart support around $180 for RTN, but a break of that support is possible as prices have been unable to break above $190 in October and late November, forming what could be considered a small double top. Traders strongly should consider raising sell stop protection to a close below $180 and investors should consider a close below $170 as the point to reappraise their position."

How do the charts look now? Let's check closer. In this daily bar chart of RTN, below, we can see that prices have been crossing above and below the still rising 50-day moving average line. The 200-day line is well below the price level and not an issue right now. The daily On-Balance-Volume (OBV) has been neutral or stalled for the past three months. The trend-following Moving Average Convergence Divergence (MACD) oscillator is just slightly above the zero line and not really in a bullish mode.

In this weekly bar chart of RTN, below, we can see that prices are still in a long-term uptrend and the 40-week moving average is still rising as is the weekly OBV line. The weekly MACD oscillator generated a take profits sell signal in the middle of October and it is still in a bearish mode. 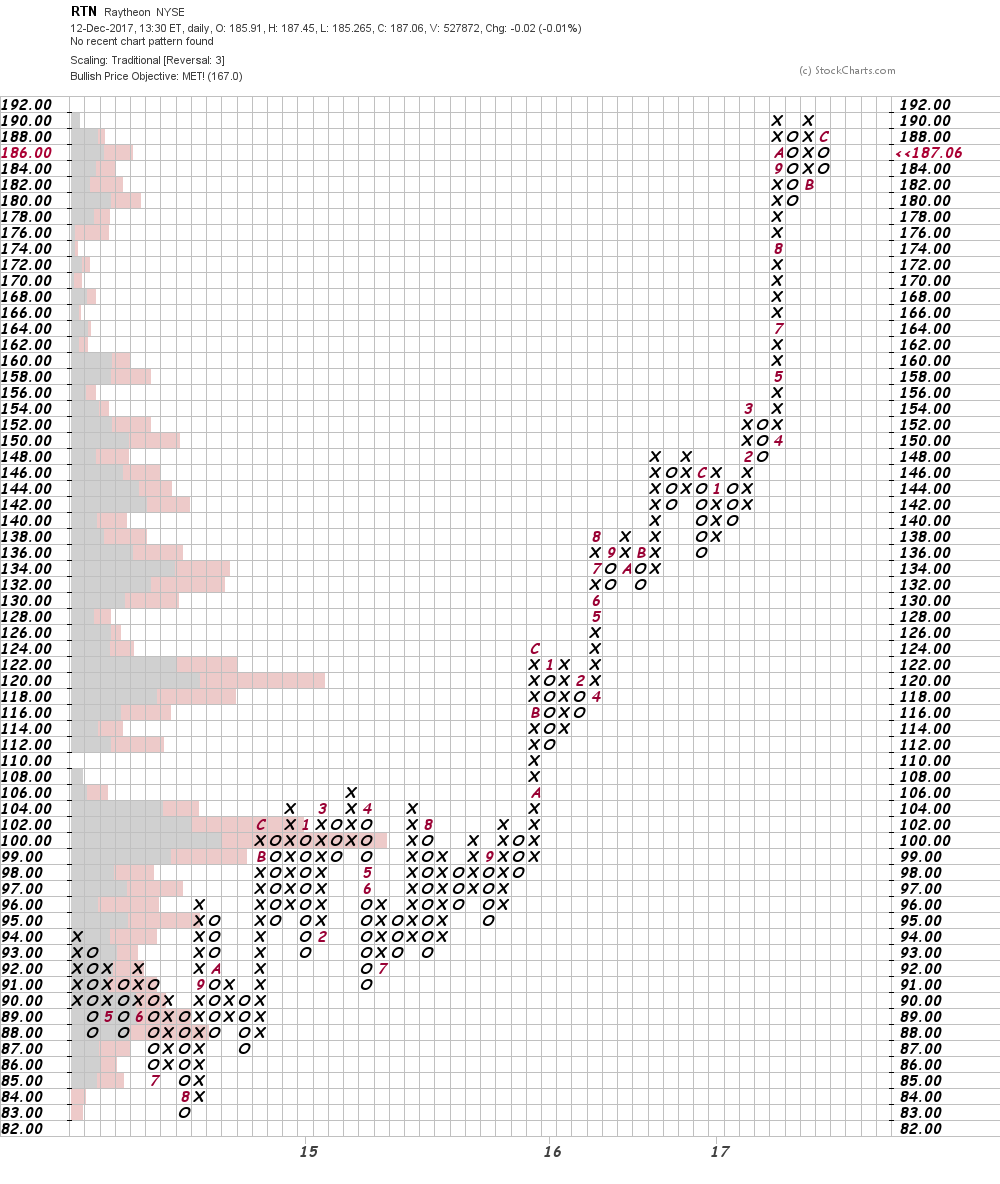 Bottom line - RTN still looks like it is "rolling over" and longs should raise their sell stop protection to a close below $181.50.

The Transportation Sector Is Shifting in Gear

Here's why fears of a Dow Theory nonconfirmation signal are over blown.

Plug Power Keeps Plugging Along on Its Charts

The shares of the hydrogen fuel cell developer are showing promise.

With constrained trade routes between the U.S. and China, I want to own a piece of whomever is steering or parking those big ships off the port of Los Angeles and elsewhere.

There's a Bounce in Bonds