"The swarm is headed towards us... If you don't believe it or don't get it, I don't have the time to try to convince you, sorry."

"(Bitcoin) is a remarkable cryptographic achievement... The ability to create something which is not duplicable in the digital world has enormous value... Lots of people will build businesses on top of that."

"A lot of investors in bitcoin are having fun."

"People get excited from big price movements, and Wall Street accommodates... Stay away from bitcoin. It's a mirage, basically. The idea that it has some huge intrinsic value is just a joke, in my view -- you can't value bitcoin because it's not a value-producing asset."

This morning I am starting off with a teaser of one of my 15 Surprises for 2018, which will be released in its entirety in about a week. 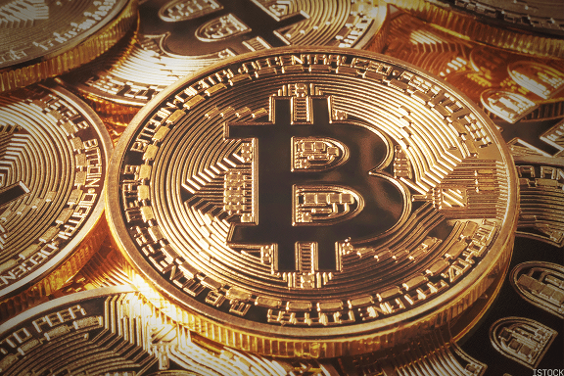 Bitcoin is a cryptocurrency released as open source in 2009.

Bitcoin is a bearer instrument that provides a peer-to-peer exchange allowing users to exchange bitcoin anonymously based on a trusted blockchain public ledger that does not rely on a trusted third party.

I have written several columns about bitcoin.

This morning, a day after the introduction of bitcoin futures, the price of bitcoin has continued its roll higher, rising at this writing by another 10% to $16,500.

My expectation is that bitcoin becomes ever-more popular over the near term.

The publication of this surprise -- that bitcoin will collapse in price in 2018 -- results in growing public criticism on Twitter and elsewhere from bitcoin devotees over the next few weeks toward me. I am called a "no coiner," a term given to bitcoin disbelievers such as myself. "No coiners" are defined as people who missed out on the rise in the price of bitcoin and have become skeptical and bitter, and who state that it's only a matter of time before the price collapses because it's a collective delusion.

In early 2018 the popularity of cryptocurrencies such as bitcoin crests. Bitcoin ATMs even become commonplace in Boca Raton, Florida, reminding us of the historic relationship between that town and past frauds and schemes. (Boca Raton has been the home of so many fraudulent schemes -- currency trading schemes, rare coin scams and the sale of timeshares for fictitious vacation homes. Former Securities and Exchange Commission Chairman Richard Breeden famously said that Boca Raton is "the only coastal town in Florida where there are more sharks on land than in the water.")

The initial pause and sizable break lower in bitcoin's price is when market participants begin to realize more fully that the supply of cryptocurrencies, in the aggregate, is unlimited with low entry barriers. The threat and realization of this risk is prompted by Apple Inc. (AAPL) and Amazon.com Inc. (AMZN) , which introduce their own easy-to-use and faster cryptocurrency blockchains. (Note: Amazon already has received a patent for its own blockchain technology -- 8,719,131 -- see here and here.)

JPMorgan Chase & Co. (JPM) causes a stir after CEO Jamie Dimon's previously negative comments on bitcoin by introducing "JPMorgan E-cash," its own cryptocurrency. Soon thereafter, other banks follow suit. As well, several governments (including the U.S.) introduce their own government-based cryptocurrencies based on their desire to continue to control policy levers such as money supply and fiscal policy.

The eventual demise for bitcoin commences in earnest when it is revealed in a New York Times expose that less than 10 entities, mostly residing in China and Japan, are found to have manipulated the price of bitcoins higher in Ponzi-scheme fashion over the last two years. The cryptocurrency bubble finally collapses in dramatic fashion and falls in value by 90% as a result of direct government intervention and a successful hacking where thieves penetrate the blockchain code and steal a large amount of coins.

Several large, well-known hedge funds desperate for "alpha" are caught with their pants and portfolios down and with a large weighting in bitcoins and other cryptocurrencies; they lose more than 30% of their funds' assets and value and are forced to liquidate their cryptocurrency holdings and close their funds.

Bitcoin assumes a permanent place in the Speculative Hall of Fame, along with tulips (1636-37), the dot.com bust (1999-2000), the housing bubble (2005-07) and the South Sea Bubble (1711-20), as traders and investors learn the lesson, once again, that an asset class founded on the notion that there is a greater fool who will be willing to buy that asset for more than the previous fool paid, almost always ends in disaster.

The year 2018 will be one in which investors come to understand that blockchain technology -- a distributed database of records of transactions that are executed and shared among participating parties and are validated by a network of users, called "miners," who contribute computing power in exchange for the chance to garner coins using a shared database and distributed processing -- is real (each transaction is encrypted and can't be replicated or altered), but that bitcoin is a mirage and becomes, like many past schemes, a byword for Ponzi-like nostalgia.

Interest in gold, which has been sidelined for months amid the cryptocurrency frenzy, regains popularity, reverses direction from the lower left to the upper right and moves higher in price.

In an abrupt and swift flight to alternative safety, gold makes new all-time highs and becomes the single best-performing asset class in 2018.

(This commentary originally appeared on Real Money Pro at 8:45 a.m. ET on Dec. 11. Click here to learn about this dynamic market information service for active traders.)

More of What You Should Be Reading on Real Money:

Get an email alert each time I write an article for Real Money. Click the "+Follow" next to my byline to this article.
TAGS: Currencies | Markets | Investing | How-to | Risk Management

Good Tidings to You as This Sleigh Has a Larger Cushion

Any day can be a down day but here's why I still think the market has an upward bias until early January.

The Fed Has Created the Monster Market: What's in Store for 2022?

The last two years has seen an 'everything bubble.'

Lay of the Land, Central Bankers, Looking Ahead, ETFs, Inflation, Apple at 3T

Yes, volatility beckons. I hear it too. There may be a revaluation of equities across the board in 2022.

Doug Kass: Why I Still Don't See Value in Bitcoin and Other Cryptocurrencies

Mark Twain taught us that history doesn't repeat itself but it often rhymes.