Fifth Third Bancorp (FITB) was reviewed at the end of October of last year, and we said, "A weekly close above $22 will break the 2015 resistance and open the way for higher prices on FITB. A decline below $19.50 would upset the bull case." Prices exploded on the upside in early November and into early 2017. A pullback and consolidation pattern unfolded from last February. A fresh uptrend got underway in June of this year taking FITB to heights not seen since late 2007. Where do we go from here?

In this daily bar chart of FITB, below, we can see that prices are above the rising 50-day moving average line as well as the rising 200-day line. Volume has been uneven and the daily On-Balance-Volume (OBV) line has been in a choppy sideways trend since April. The trend-following Moving Average Convergence Divergence (MACD) oscillator has been above the zero line for much of the time since June but it does not show a "robust" trend.

In this weekly bar chart of FITB, below, we can see that prices are above the rising 40-week moving average line. The weekly OBV line is pointed up and the weekly MACD oscillator is in a bullish mode.

In this Point and Figure chart of FITB, below, we can see a multi-year uptrend. A $51 price target is shown but in the short run we are likely to see further sideways consolidation. 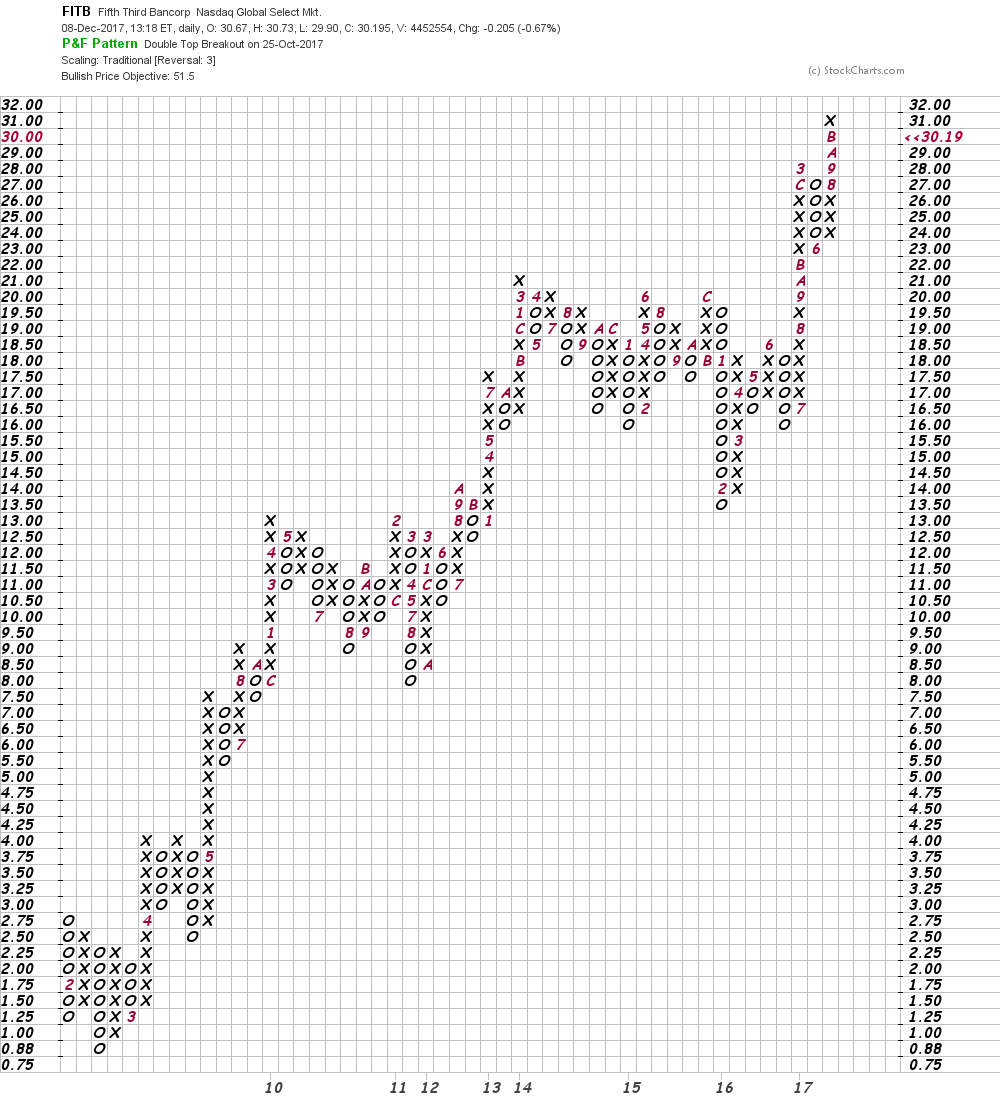 Bottom line -- the daily chart of FITB suggests that we can pull back and retest the $29-$28 area. After a period of backing and filling I would anticipate that FITB will resume the uptrend.

Is This a 'Sell the News' Trade on Morgan Stanley?

Let's check the bank's charts to see what's happening with the stock.

This stock may be a buy from a fundamental perspective, but the charts suggest it could get a lot cheaper.

BAC has rolled over after earnings.

I'm Still OK With the Banks, June's Inflation Surprise Notwithstanding

However, we await with bated breath what Fed Chairman Jerome Powell will say before Congress this week.