"Stay away from it (Bitcoin). It's a mirage, basically" -- Warren Buffett

News broke late Wednesday that Nasdaq is looking to launch Bitcoin futures trading sometime in the first half of next year. We had already heard something along those lines out of Chicago, from both the CME and the CBOE. In fact, it is the CME that is out in front on this, trying to launch the trading of Bitcoin futures on its platform before 2017 is out.

Something like what we see here, a developed market offering actual liquidity, is sorely needed, in my opinion. Part of the problem -- and what has helped increase volatility -- has been the keen interest shown by the retail investor, coupled with scarcity, or the lack of liquidity. There has been a real barrier to entry for many that might want to be involved. Create an easier way to play this technology, and you may actually see participation on both sides of the market.

You increase regulation and broaden the marketplace, and it will not be just the retail investor who gets involved. There will then be institutional participation. That will be key in legitimizing both the product and the way it trades.

Bitcoin, according to the Coindesk website, last traded at $9.672, now down 1.5% for the day. Of course, by the time this note is published, the last sale for this leading crypto-currency could literally be anything. Therein lies a significant problem. For some, getting in is only the first problem. Getting out? Apparently, that's a horse of a different color. In Wednesday trading, the high for Bitcoin was quoted at $11,434. This product was also quoted at $9,009. At the high of the day, Bitcoin could boast year to date gains of more than 1,100%. Can you say tulips, anyone? 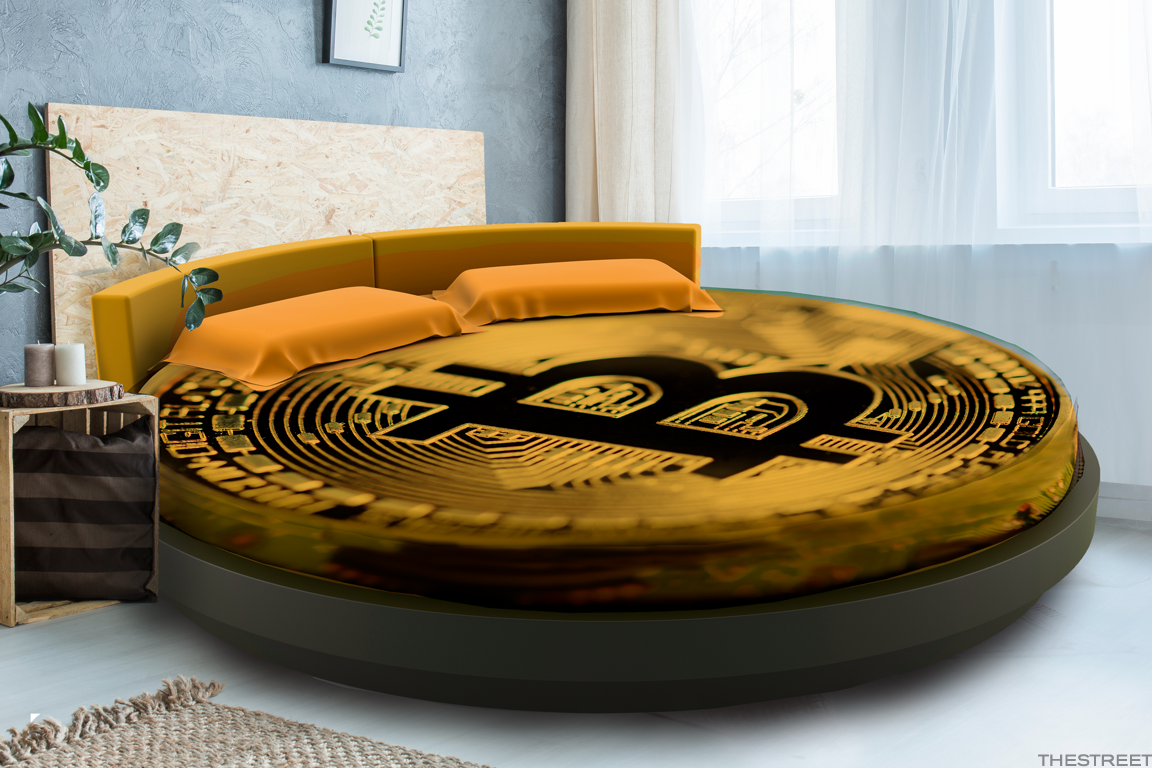 Money is still flowing in, as the public becomes increasingly cognizant. Then there are those taking profits at these lofty levels. Volume has ramped higher, and investors who do try to trade the space have complained of outages on available exchanges, as well as slowed-down execution times. Hence why trading at least a Bitcoin derivative on a larger, well-regulated exchange has become so necessary for institutional investment to take place.

More news broke last night in this space than merely the clamoring of rival exchanges for a place at the table. The technology themed news website "The Verge" is reporting that Coinbase (a leading platform for the buying, selling, and storage of digital currency) has been ordered by a California federal court to turn over to the IRS the user account names, birth dates, addresses, taxpayer IDs, and account activity for all users who have moved more than $20000 through their accounts in any single year.

The problem is that Coinbase is able to claim almost six million user accounts. It is believed that this court order impacts 14,335 of those accounts, yet according to the government, less than 1000 US citizens have reported crypto-currency holdings. Coinbase has already stated that it believes that this is a case of government overreach, but according to the article did not respond to a request for comment made by the Verge's Russell Brandon.

There is no implication of wrongdoing here. Why is this then "the ugly"? Well, now Bitcoin has almost everyone's attention. The broader exchanges want a slice of the pie. Some of the broker-dealers are making noise about internalizing Bitcoin trade, and now the government wants to know if it is missing anything. What's next? Organized competition? I'm glad you asked.

We have been waiting for this. Did anyone really think that the central banks that enjoy control over money supply of the planet's reserve currencies would sit idly by? Would they not try to find a way to regulate, or directly compete?

Dow Jones is reporting that New York Fed President William Dudley addressed this matter on Wednesday. Dudley indicated that the Federal Reserve Bank was exploring the concept of issuing its own version of a digital currency. The New York Fed did not respond to requests from CNBC for comment on this topic. He did refer to Bitcoin as speculative (so has most of the human race), and doubted its function as store of value. Over several months, we have heard similar rumblings from other central bankers around the globe, not just here in the U.S. I certainly think that we will hear much more on this in 2018.

I do not have a position of any kind in Bitcoin. I have long held long positions in some of the semiconductor names that mine blockchain, so I guess it is safe to say that I have seen some benefit from that kind of exposure. That said, how does one even go about valuing Bitcoin, or any cryptocurrency? Its value, like that of fiat currency, is based on faith more than backing; but unlike with fiat currencies, there is no real evidence of acceptance as a medium of exchange.

When one walks into the local pizza parlor, it is generally understood by both the consumer and the merchant that a certain number of U.S. dollars will allow that pizza pie to change hands. Both sides probably have a fair idea of what this pizza pie is worth in those U.S. dollar terms. Now, try the same transaction with any cryptocurrency. Odds are very high that there will be no transfer of said pizza pie. In fact, the consumer would have better odds of making a deal with the merchant using foreign issued fiat, or even bartering with jewelry, than being able to use a non-national "sort-of" currency that not everyone understands, and could be worth literally anything minutes after the pizza leaves the shop.

That said, nothing surprises me. The more that regular people hear about the incredible run of bitcoin, and the longer it takes for this financial instrument to trade even in derivative forms more broadly on regulated exchanges, the longer it will take for bitcoin, or any leading cryptocurrency, to trade like a well-oiled machine.

This forced "scarcity" allows for incredible volatility. You may see prices at very scary levels, if you do not already consider $11,000 to be a scary level. The fact is that I believe increased participation will allow for eventual price erosion, as it simply becomes easier to get out of long positions, and even create short positions. Then again, how would you margin something like this? I would not at all be surprised if Bitcoin traded below $2,000 in less than a year's time. Then again, I'm primarily an equities guy. What do you think? I really do want to hear from you on this. Twitter has been interesting.

I'm a Blockchain & Cryptocurrency Advisor - I don't mess with Alt coins too much but im all in on BTC & ETH some LTC since there listed on Coinbase and NYSE owns Coinbase, let's get real it's only going up. BLOCKCHAIN is an amazing technology. @jimcramer @thestreet

How do you get to be a Blockchain and Cryptocurrency advisor?
I never took those classes... https://t.co/HgJPlISeqt

Get an email alert each time I write an article for Real Money. Click the "+Follow" next to my byline to this article.
TAGS: Investing | U.S. Equity | Regulation | Markets | Financial Services | Currencies | FOREX | How-to | Risk Management