The competition might be making some noise, but Amazon Web Services (AWS) is still in a league of its own in terms of the features and services its public cloud infrastructure can provide to customers of all sizes and backgrounds. That was the message AWS chief Andy Jassy made sure to drive home early during the lengthy keynote address he gave on Wednesday at Amazon's (AMZN)  annual AWS re:Invent conference.

Jassy then proceeded to back up his claims by announcing a plethora of new offerings that should collectively be well-received by AWS' many enterprise clients. He also got some help from from a few notable guest speakers, some of which had announcements of their own to make.

The full list of new services unveiled by Jassy appears to be longer than that for the many services he announced via last year's AWS re:Invent keynote. The highlights include: 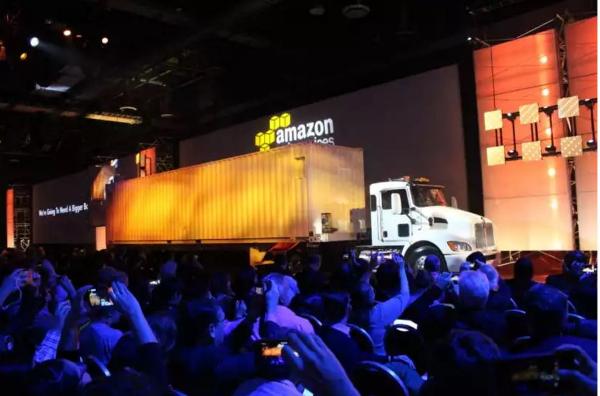 
Amid these announcements, execs from McDonald's, Italian utility giant Enel, financial agency Finra and cloud HR and financials app leader Workday  (WDAY) discussed their companies' embrace of AWS. Enel, which has been in talks with Amazon to convert some of its old power stations into data centers, is relying on AWS to provide IoT services for its many field devices, and plans to move all its apps to the cloud by 2018. Workday, which to date has typically run its apps in its own data centers, has named AWS its "preferred" public cloud provider for running production workloads. This follows a May deal between AWS and cloud CRM software leader Salesforce.com  (CRM) that's reportedly worth $400 million over four years.

A recurring theme among these talks: The execs felt no public cloud could match the breadth of AWS' offerings. Finra CIO Steve Randich declared AWS is "several years ahead" of rivals. Workday engineering exec David Clarke says his company performed "a very detailed technical assessment" of its cloud options, and concluded AWS' feature set, geographic reach, scalability and security made it the best choice.

To help make the same argument about AWS' breadth, Jassy claimed AWS is set to launch about 1,000 new capabilities in 2016, up from 722 in 2015 and 516 in 2014. He also highlighted the feature set edge AWS has in areas such as database support and access controls, and stated there are now over 3,500 solutions offered by third parties via the AWS Marketplace.

All of this is clearly aimed at winning over enterprises asking whether they should shutter some or all of their data centers and move their contents to the cloud. Such companies need to feel confident that AWS will meet all of their needs if they choose to migrate everything, rather than just specific workloads, and that any future needs will also be addressed.

Amazon's recent partnership with virtualization software leader VMware to enable hybrid clouds featuring AWS and on-premise servers jointly managed by VMware's software also fits with its goal of convincing businesses it can be an end-to-end solutions provider. As does the launching of Greengrass and Snowball Edge, which bring AWS' computing services outside of its data centers for the first time. Microsoft has long talked up the hybrid cloud support of its Azure cloud platform.

These kinds of moves are crucial to keeping AWS' sales growth (55% in the third quarter) at heady levels as it closes in on a $15 billion revenue run rate. The days when AWS could deliver strong growth just by landing deals with start ups and specific corporate departments are over. The company needs to keep winning deals that involve Global 2000 companies and public sector organizations embracing the cloud in a big way.

At this year's re:Invent conference, Amazon has done a good job of making the case that AWS is the best choice for companies looking to make that kind of cloud commitment. Rivals can sometimes have an edge for specific use cases -- for example, Google's AI services are arguably unmatched, and Azure can be a good choice for firms with a lot of on-premise Microsoft software that they plan to keep using. But for anyone looking to shut down large data centers handling numerous apps and services, there's Amazon and then there's everyone else.

Hammer Levels 'Pass the Test': What That Means for Stocks

The fact that the tests were successful on Friday is an encouraging sign.