Wingstop (WING) has made a strong rally from its early March low but further gains lie ahead if the charts and indicators are any gauge. We do not have a lot of price history to work with, but a bullish case can be made anyway.

In this daily bar chart of WING, below, we can see a rally from around $25 back in early March to around $40 now. Rallies have only lasted one or two months and the subsequent corrections have been sideways affairs lasting two to three months. WING is above the rising 50-day moving average line and above the rising 200-day line. The daily On-Balance-Volume (OBV) line has risen along with prices and confirms the price strength. The trend-following Moving Average Convergence Divergence (MACD) oscillator is in bullish territory above the zero line but the two moving averages that make up this indicator are poised to cross to the downside. This crossover should it occur will be a take profits sell signal.

In this weekly chart of WING, below, we can see that price are above the rising 40-week moving average line. We can also see a breakout above $36 -- the high in 2015 and in 2017. The weekly OBV line shows as slow recovery from February of this year. The weekly MACD oscillator is in a bullish mode and pointed higher, unlike the daily signal.

In this Point and Figure chart of WING, below, we can see the uptrend and a $47 price target. 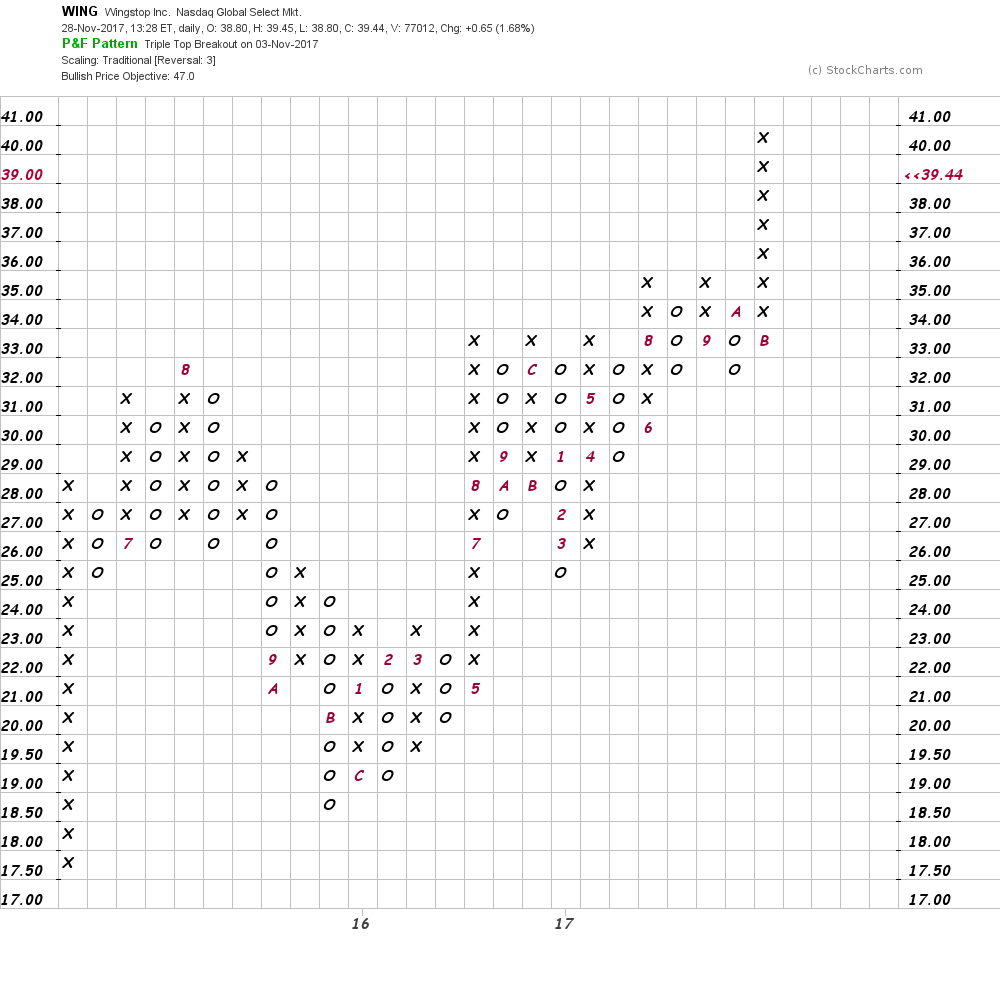 Bottom line -- WING might trade sideways around $39 in the short-run but further gains to the $47 area looks likely. A protective stop below $36 looks appropriate.

Get an email alert each time I write an article for Real Money. Click the "+Follow" next to my byline to this article.
TAGS: Investing | U.S. Equity | Consumer Staples | Consumer Discretionary | Stocks