KLA-Tencor (KLAC) has made two distinct highs around $110. It would be easy to suggest that this might be a double top formation but more thought needs to go into that forecast to actually see if it makes sense. We brought up the idea last month and said, "KLAC will need to decline further in the short run before I will be certain that this is a double-top formation. A trade above $112.20 (2% higher) is needed to negate the double top idea. Because the indicators have not deteriorated at a recent second peak I favor the upside." KLAC did soften in November but the technicals did not deteriorate and new highs above $110 could be seen in the weeks ahead. Let's look at the charts and indicators to better grasp the situation.

In this daily bar chart of KLAC, below, we can see that prices have crossed below and back above the rising 50-day moving average line. The 200-day moving average line is still rising and below the market. The movement in the On-Balance-Volume (OBV) line is the most bullish indicator in our wheelhouse. The OBV line has moved higher the past twelve months with hardly any weakness seen in June and July and even in November. The rising OBV line suggests that buyers of KLAC have been aggressive since June and that prices are likely to go higher rather than lower.

In this weekly chart of KLAC, below, we can see the twin peaks around $110 but prices are still above the rising 40-week moving average line. The weekly OBV line does not show weakness and the MACD oscillator is still above the zero line, but could be narrowing for a crossover.

In this point and figure chart, below, we can see a modest downside price target but to be a true double top pattern the market would need to break below $87.32. A move above $109.77 would be an upside breakout. 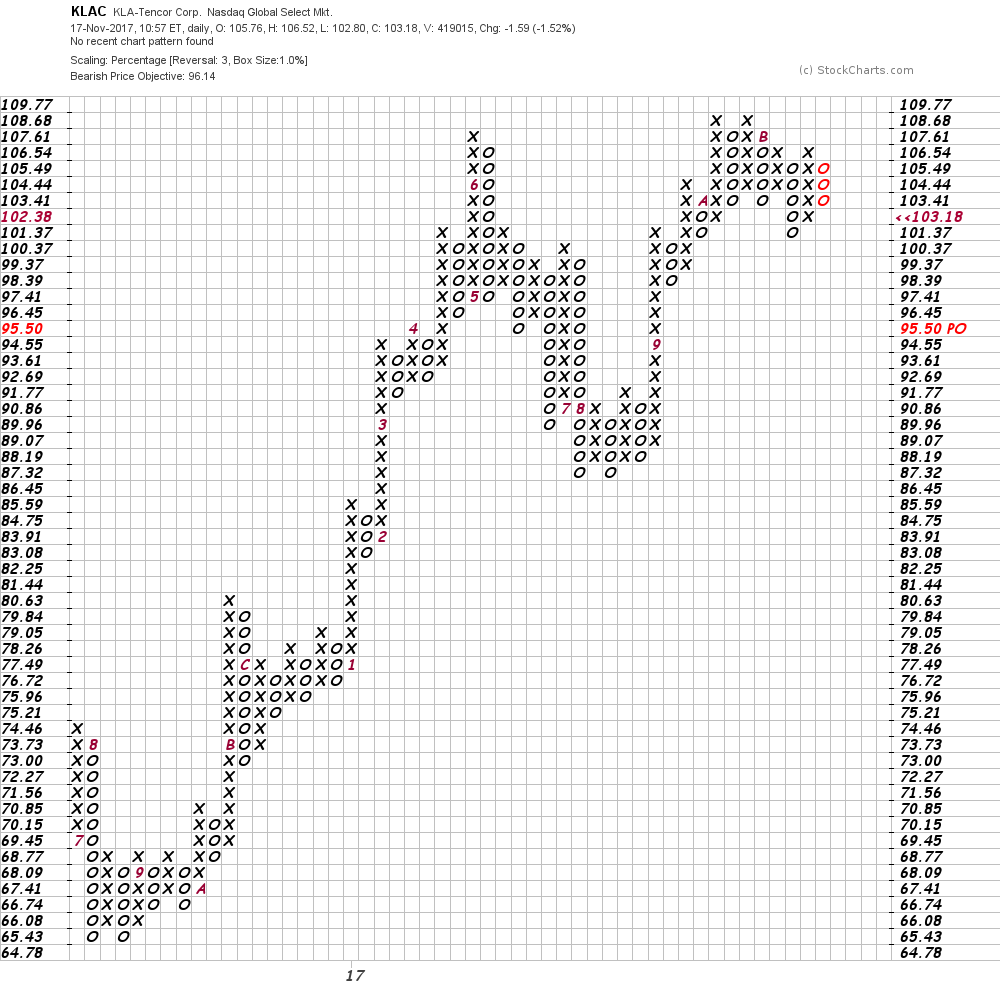 Bottom line -- if long KLAC I would suggest sell stop protection below the rising 200-day moving average line. If flat KLAC I would go long on a close above $110.