Owens Corning (OC) has rallied significantly over the past three years, but a pattern of slowing price momentum could mean that OC trades sideways for the near-term. This is not a bearish call as stocks sometimes need to pause or consolidate their gains before a further longer-term advance.

In this daily bar chart of OC, below, we can see that prices are above the rising 50-day moving average line as well as the rising 200-day line. Prices are actually at their widest point above the 200-day line and we are likely to see price and the moving average move closer together. The daily On-Balance-Volume (OBV) has been rising since the middle of August and tells us that is when buyers of OC turned more aggressive with heavier volume being traded on days when the stock has closed higher. In the lower panel is the 12-day momentum study which shows lower peaks from September to October to November. The lower momentum peaks are in contrast to the higher price highs and results in a bearish divergence.

The set-up on this weekly bar chart of OC, below, is bullish except for one indicator. Prices are above the rising 40-week moving average line. The weekly OBV line has been moving up since last November. The weekly Moving Average Convergence Divergence (MACD) oscillator is above the zero line but the two moving averages are narrowing. We could soon see MACD oscillator on OC cross to a take profits sell signal or a sell signal in an uptrend.

In this Point and Figure chart of OC, below, we can see that the trend is still very much up. We can also see that a price target of $80.18 reached and exceeded. A high-level consolidation pattern could be what we see next from OC. 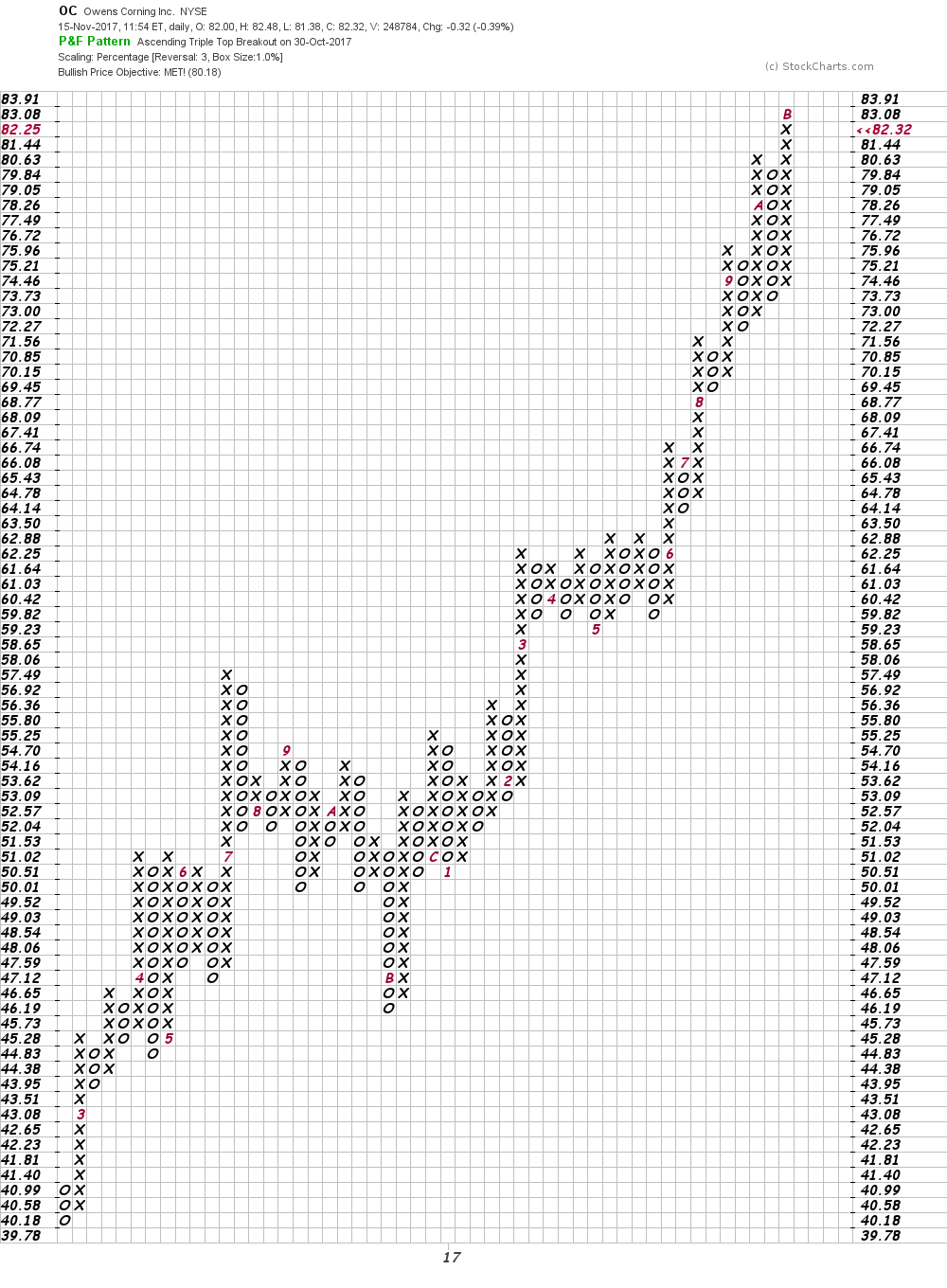 Bottom line -- OC is still pointed up but the pace of its rise has slowed. I cannot rule out further gains but a period of sideways trading is what I would anticipate for the next several weeks.

Get an email alert each time I write an article for Real Money. Click the "+Follow" next to my byline to this article.
TAGS: Investing | U.S. Equity | Industrials | Basic Materials | Stocks