We have not visited the charts and indicators for Lumber Liquidators (LL) for a long time. With the benefit of hindsight, we can see that prices eventually bottomed out in the back half of 2016 and managed to rally above the 40-week moving average line. Prices rallied over the past 12 months, but that markup seems to be petering out. Let's review the latest charts and indicators for clues.

In this daily bar chart of LL, below, we can see that prices shifted from sideways to up near the end of February. Lumber Liquidators gaped higher and volume spiked. Prices closed above both the 50-day moving average line and the 200-day line.

As we moved into March, the slopes of these two indicators turned positive, telling us that the trend was up. Another bullish gap on heavy turnover can be seen at the beginning of August. Prices continued up into early September, along with a rising On-Balance-Volume (OBV) line.

LL turned lower in September/October as the OBV line peaked and prices closed below the 50-day moving average line. LL is now back down to the rising 200-day line and that indicator could be tested soon. Downside price momentum (lower panel) has not slowed, telling us that investors have not stepped in to buy these lower or cheaper prices.

In this weekly bar chart of LL, below, we can see that prices have declined the past two months, to test the rising 40-week moving average line. The weekly OBV line has been flat to weaker the past three months, and did not confirm the new highs for the move up in August.

The weekly Moving Average Convergence Divergence (MACD) oscillator has crossed to the downside in early October for a weekly take profits sell signal.

In this Point and Figure chart of LL, below, we can see that prices have overshot a downside price target of $33. Chart support can be seen in the $27-$24 area and prices could be headed there in the weeks ahead. 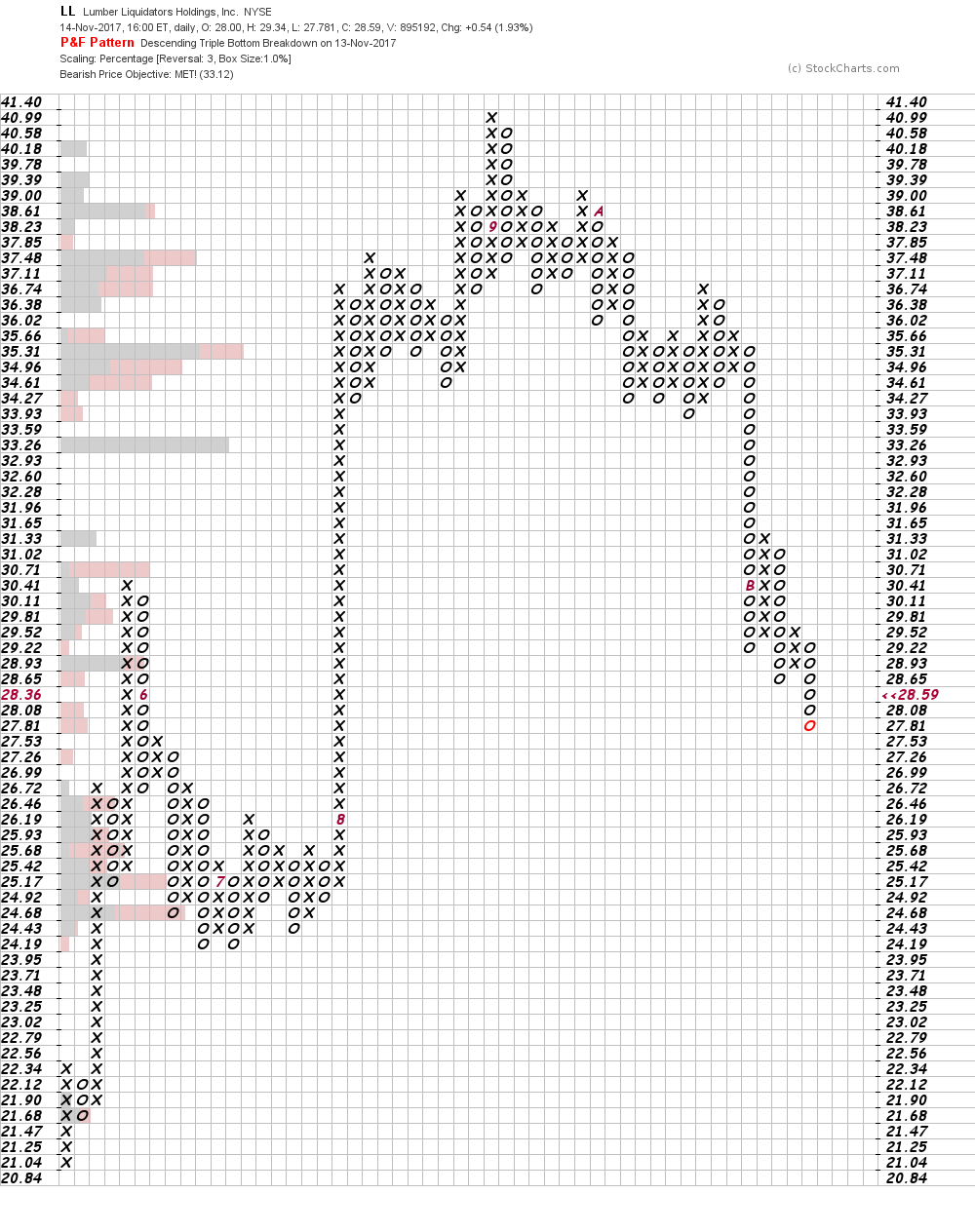 Bottom line: LL has been in a downtrend since its September zenith. Support on the daily bar chart and the Point and Figure chart in the $26-$24 area may not hold, opening the possibility of deeper declines.

Get an email alert each time I write an article for Real Money. Click the "+Follow" next to my byline to this article.
TAGS: Investing | U.S. Equity | Basic Materials | Industrials | Markets | How-to | Stocks