Do you like to pay more than everybody else for the exact same thing?

Unless you're a weird duck, that's probably not the case. Why, then, are investors tripping over themselves to own 3M (MMM) at today's prices? Good momentum and a dearth of bad news can make people forget the lessons of the past. Who doesn't love a stock that has been making all-time highs?

The question that arises is whether the stock in question is destined for higher ground, or if it's set up for stagnation or worse.

DJIA member 3M is a good operator. It has been a steady, if unspectacular, grower over the past decade. The stock hit $238.90 last month, up from south of $166 less than 12 months ago.

Should investors be buying or selling, with 3M shares fetching about $232?

A bit of history may clear that up. Since 2007, MMM averaged about 16.4x earnings accompanied by around 2.58% in current yield. Its best entry points (green-starred below) usually originated from lower multiples along with higher yields.

MMM's valuation on Thursday was the highest in decades at 25.6x expected 2017 EPS of $9.08. The stock's yield of 2.02% is 21.7% below MMM's historical average dividend. Those factors don't bode well for future stock price action. 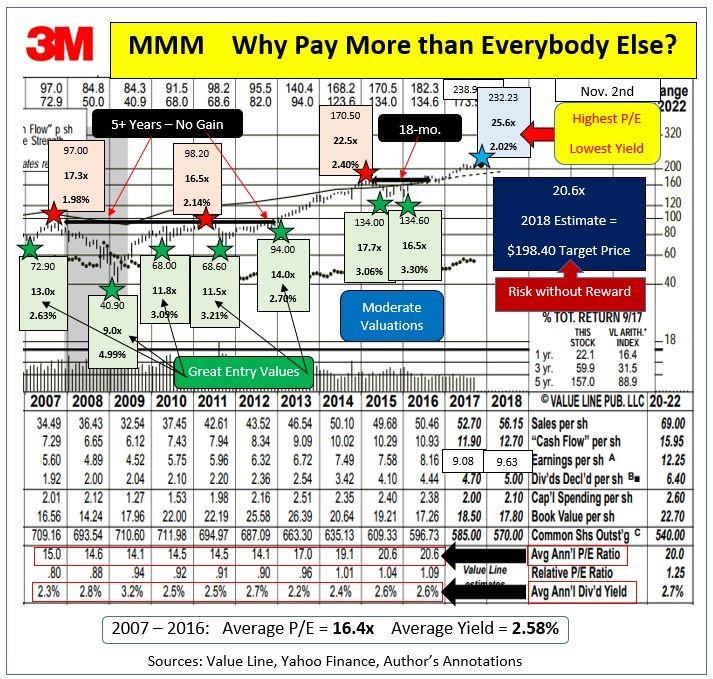 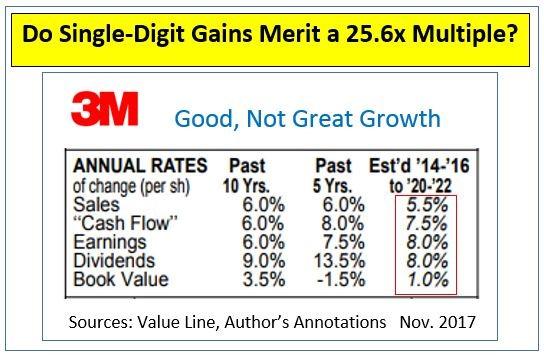 Independent analysis from Morningstar doesn't think MMM is worth its price. They assign 3M a rarely seen one-star (Sell) rating. Morningstar's $184 fair-value estimate for MMM assumes the stock settles back to a 19.1 multiple by the end of next year. 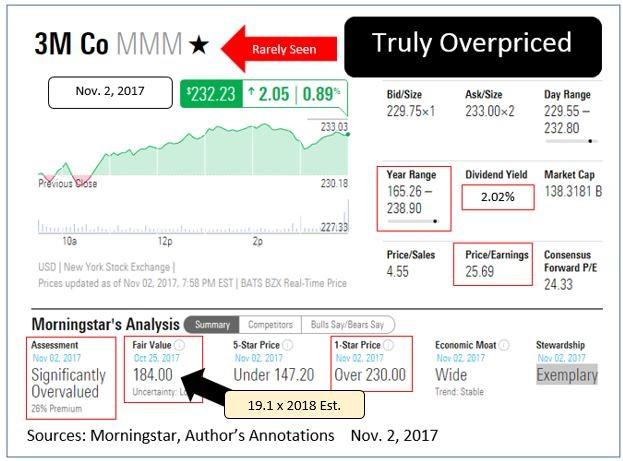 Standard & Poor's quizzically carries a three-star (neutral) rating for MMM. Why is that surprising? Like Morningstar, S&P's quantitative evaluation of the shares suggests fair value is under $190. MMM ranks in the bottom quintile of S&P's entire research universe when comparing current quotes to true value.

If they believe their own assessment ... why is MMM even a hold? 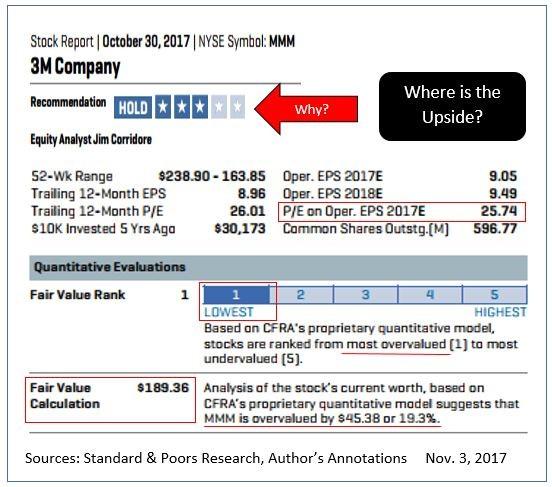 Is everyone being too harsh when evaluating this stock? Who would know that better than the people actually at MMM's helm?

Based on insider trading activity, including that of 3M's CEO, it appears they agree that the shares are pricey. There were lots of insider sales of MMM last month at prices ranging from $230.06 top $234.47. That followed huge share dumps last February and further disposals of shares in May and August.

The last open-market insider buy in MMM, for just 1,000 shares, came on Feb. 19, 2016. It was the only reported purchase by a corporate executive during the past two years. 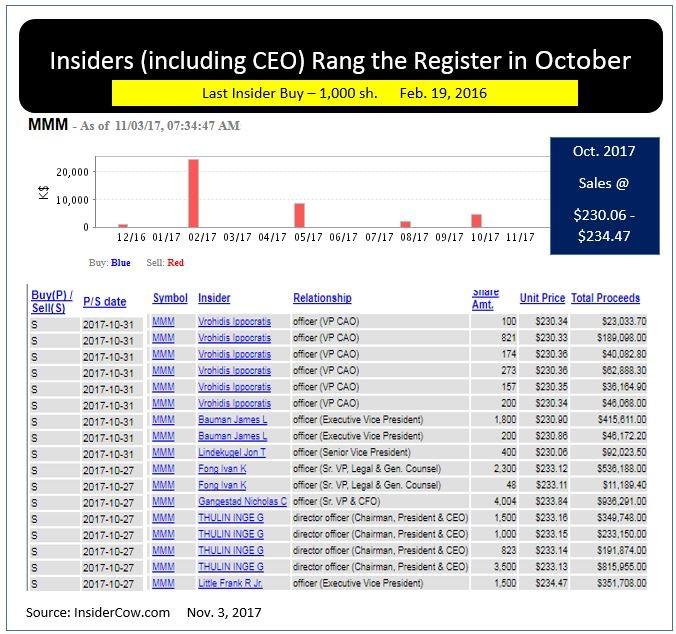 Am I missing something here? If Real Money Pro readers see a good reason to own MMM, please respond in the comments section to tell me why they feel it's headed higher.

Those lucky enough to have ridden 3M to new heights should be happily locking in gains while the ebullient mood is still present. Those thinking about jumping on board the momentum express should save their capital while waiting for much more reasonable entry points.

Speculators who think MMM, or the market in general, is due for a pullback might wish to buy some puts.

Get an email alert each time I write an article for Real Money. Click the "+Follow" next to my byline to this article.
TAGS: Investing | U.S. Equity | Industrials | How-to | Options | Short-selling | Stocks