We looked at Union Pacific Corp. (UNP) earlier this month when I wrote that, "UNP has had a good run but some subtle changes in the chart and indicators suggest we might want to be a little more cautious at this intersection." As things have turned out, the price of UNP has worked low in the back half of October. Prices have tested the flat 200-day moving average line and further testing of the line is likely in the days ahead. Let's pull UNP into the roundhouse and inspect all the charts again.

In this daily bar chart of UNP, below, we can see that prices broke the nearby August lows and broke the pattern of higher lows and higher highs or what is also known as an uptrend. Volume has increased recently this month as prices tested the 200-day line. Earlier this month UNP broke below the 50-day moving average and its slope is now negative. The daily On-Balance-Volume (OBV) line shows a peak in late September and a decline this month. A weakening OBV line happens when there is greater volume on days when prices close lower. The daily Moving Average Convergence Divergence (MACD) oscillator is well below the zero line in sell territory but the two moving averages that make up this indicator have begun to narrow. An upside cross of the two averages would be a cover shorts buy signal.

In this weekly bar chart of UNP, below, we can see how the indicators have weakened since our last review. Prices are testing the cresting 40-week moving average line. The weekly OBV line shows weakness from a September high and the MACD oscillator has crossed to the downside for an outright sell signal. 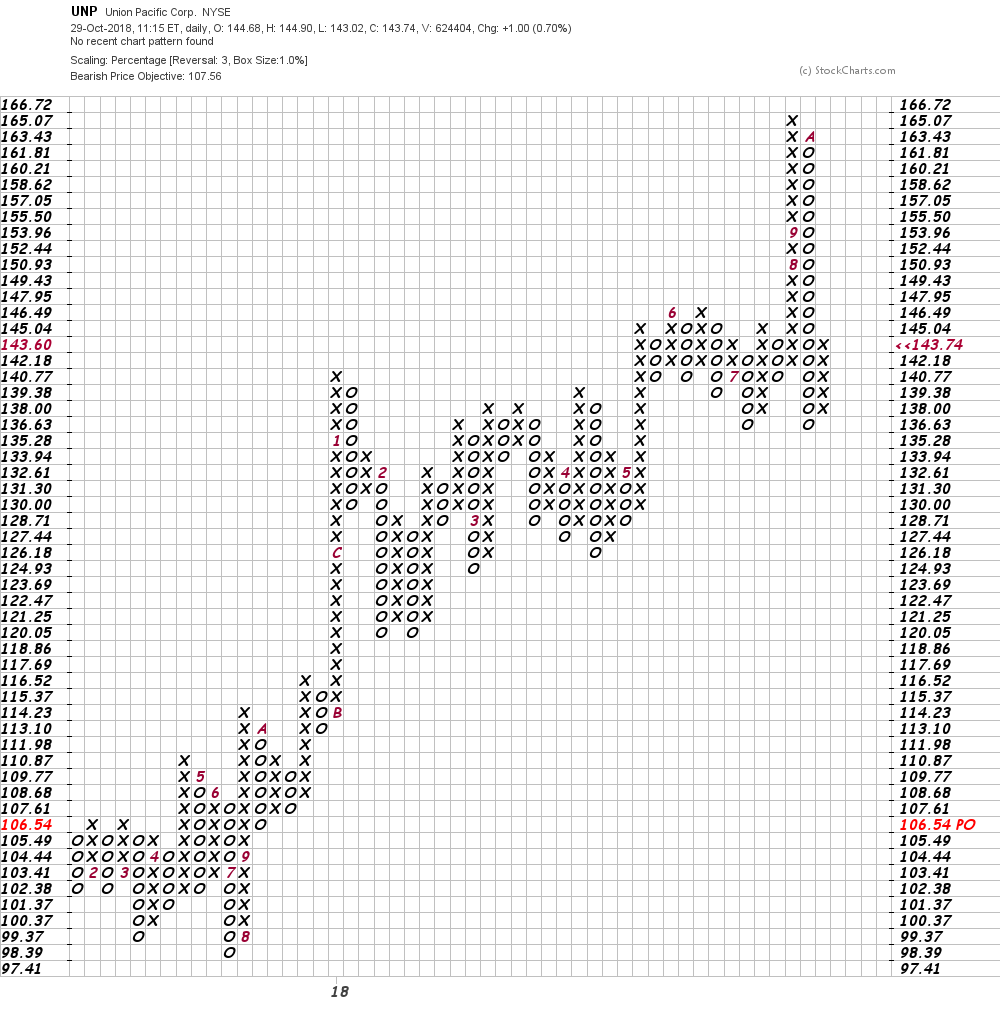 Bottom line strategy: UNP could bounce in the short run but the underside of the declining 50-day moving average line is likely to act as resistance. On the downside, weakness below $135 is likely to reinforce the bear case and open the way to further losses to the $108 area.

You Buy Stuff When It's on Sale; Do the Same With Stocks

Here's why you shouldn't get skunked by media headlines, using Designer Brands as an example.