Sage Therapeutics (SAGE) was mentioned in the fast paced "Lightning Round" on Jim Cramer's "Mad Money" program Thursday night. Let's see what the charts and indicators look like.

In this daily bar chart of SAGE, below, we can see that prices drifted sideways from February to the end of August but after that prices broke support and started a better defined downtrend.

The daily On-Balance-Volume (OBV) line turned down in May and tells us with its decline that sellers of SAGE have been more aggressive.

In this weekly bar chart of SAGE, below, we can see that prices are below the declining 40-week moving average line. Support does not appear on this chart until around $90-$75.

The weekly OBV line has begun a decline and the MACD oscillator on this longer time frame is also in a sell mode.

In this Point and Figure chart of SAGE, below, we can see a potential downside price target of $95 being projected. 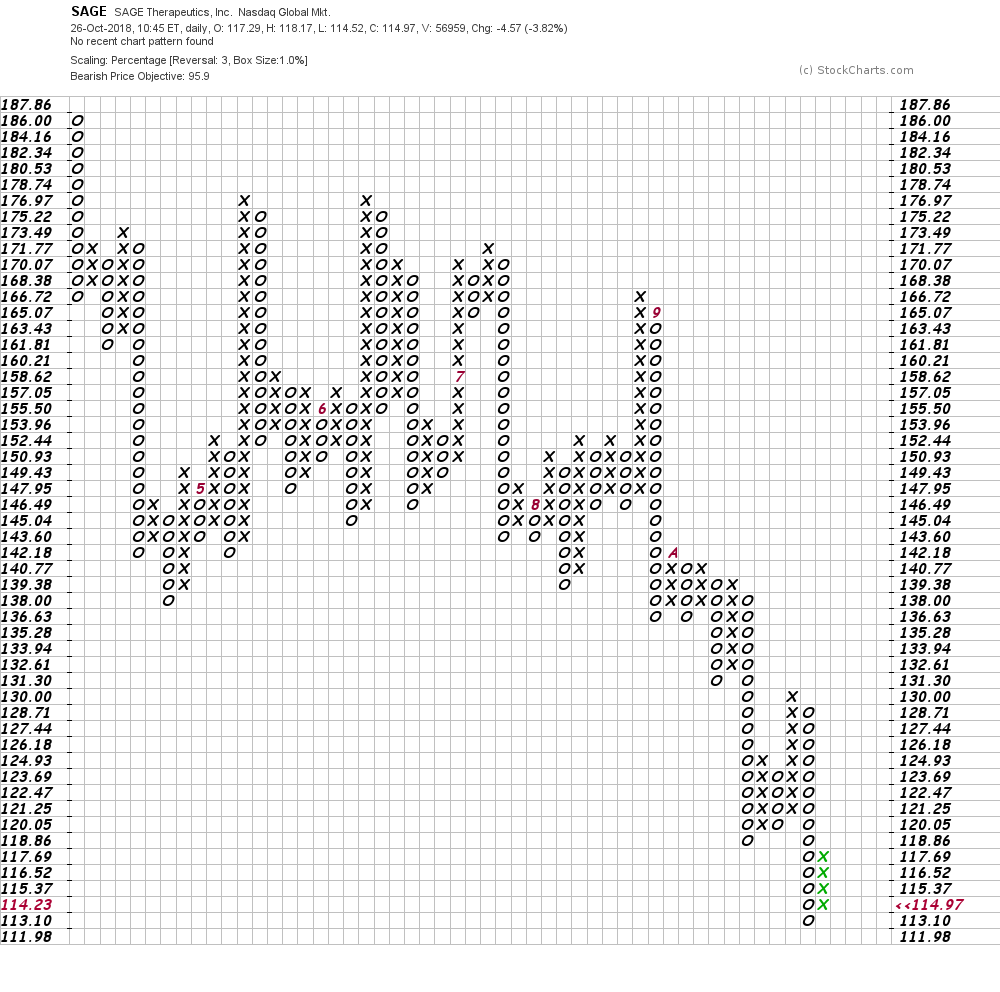 Bottom line strategy: The charts of SAGE are pointed down. We have a Point and Figure target of $95 but support around there may not hold. Do not be in a rush to buy weakness.