We have not paid a visit to Analog Devices, Inc. (ADI) since early February. The charts and indicators were bullish back then, and our $80 price target was reached and eventually exceeded, with prices breaking out of a six-month consolidation pattern in late August.

Prices have nearly doubled from their early 2016 nadir, so a fresh look at the charts and indicators is in order. Let's see if further gains are in store for this tech name.

In this daily bar chart of ADI, above, we can see a large, equilateral-looking triangle formation from March to the end of August. Prices have reached their upside target using the height of the triangle pattern projected upward from the breakout point. When stocks reach a price target (assuming you measured it properly) you sometimes see the stock stall or mark time for a while.

ADI is above the rising 50-day moving average line and above the rising 200-day line. The daily On-Balance-Volume (OBV) line has had a positive slope since early May, signaling more aggressive buying, but the actual pattern shows that volume generally declined since June, which is not a positive development. The Moving Average Convergence Divergence (MACD) oscillator just crossed to the downside from above the zero line. A MACD crossover from above the zero line is considered a "take profits" sell signal, and not a sell short signal.

In this weekly bar chart of ADI, above, we can see that prices are above the rising 40-week moving average line. The weekly OBV line turned up from a June low and tells us that buyers of ADI have been more aggressive on this time frame. The weekly MACD oscillator turned up to a fresh outright go long signal at the beginning pf September. 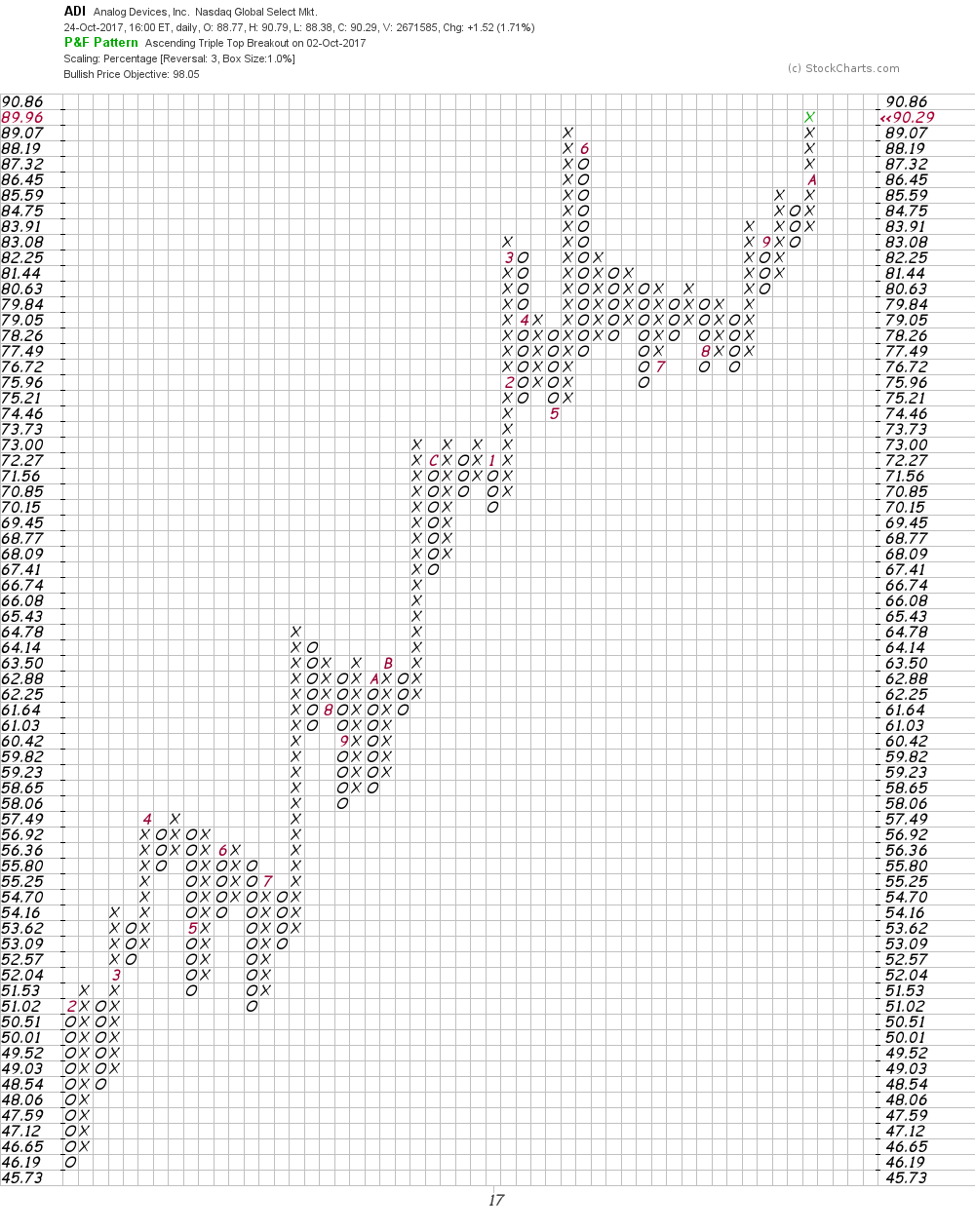 In this updated Pointed and Figure chart of ADI, above, we can see a new price target of $98.05.

Bottom line: ADI could trade sideways around $90 for a while, but the major trend is still up and our next potential price target is the $98 area, but in this bullish market environment don't be surprised we reach $100.

Get an email alert each time I write an article for Real Money. Click the "+Follow" next to my byline to this article.
TAGS: Investing | U.S. Equity | Technology | How-to