In his second "Executive Decision" segment on Tuesday night, Jim Cramer again checked in with Bracken Darrell, president and CEO of Logitech International S.A. (LOGI) , the computer accessory maker that just posted mixed results. Darrell explained that the three areas to focus on are gaming, which grew by 43%, video conferencing, which grew at 25% and Logitech's legacy peripheral business, which posted a modest 8% gain. In the world of fundamentals there are footnotes and things can get revised and restated. No so with prices. Let's visit with the charts and indicators.

In this daily bar chart of LOGI, below, we can see a very sharp decline in price from late August. A number of downside price gaps can be seen along the way. Counter-trend bounces were short-lived. LOGI is below the declining 50-day moving average line and below the cresting 200-day line. The daily On-Balance-Volume (OBV) line has been declining from late August also and that tells us that sellers of LOGI have been more aggressive with heavier volume be traded on days when LOGI has closed lower. The Moving Average Convergence Divergence (MACD) oscillator crossed to the downside in early September for a take profits sell signal and by the end of the month the oscillator broke below the zero line for an outright sell.

In this weekly bar chart of LOGI, below, we can see that prices have something to reverse after a rally from $15 to $50 in less than three years. LOGI has closed below the cresting 40-week moving average line. The weekly OBV line shows a very negative pattern with a peak back in May of 2017. This tells me that sellers of LOGI were more aggressive as prices made successive new highs. The weekly MACD oscillator gave a take profits sell signal last month and is quickly headed down to the zero line.

In this Point and Figure chart of LOGI, below, we can see that prices are pointed down and there is a potential price target of $28.71. 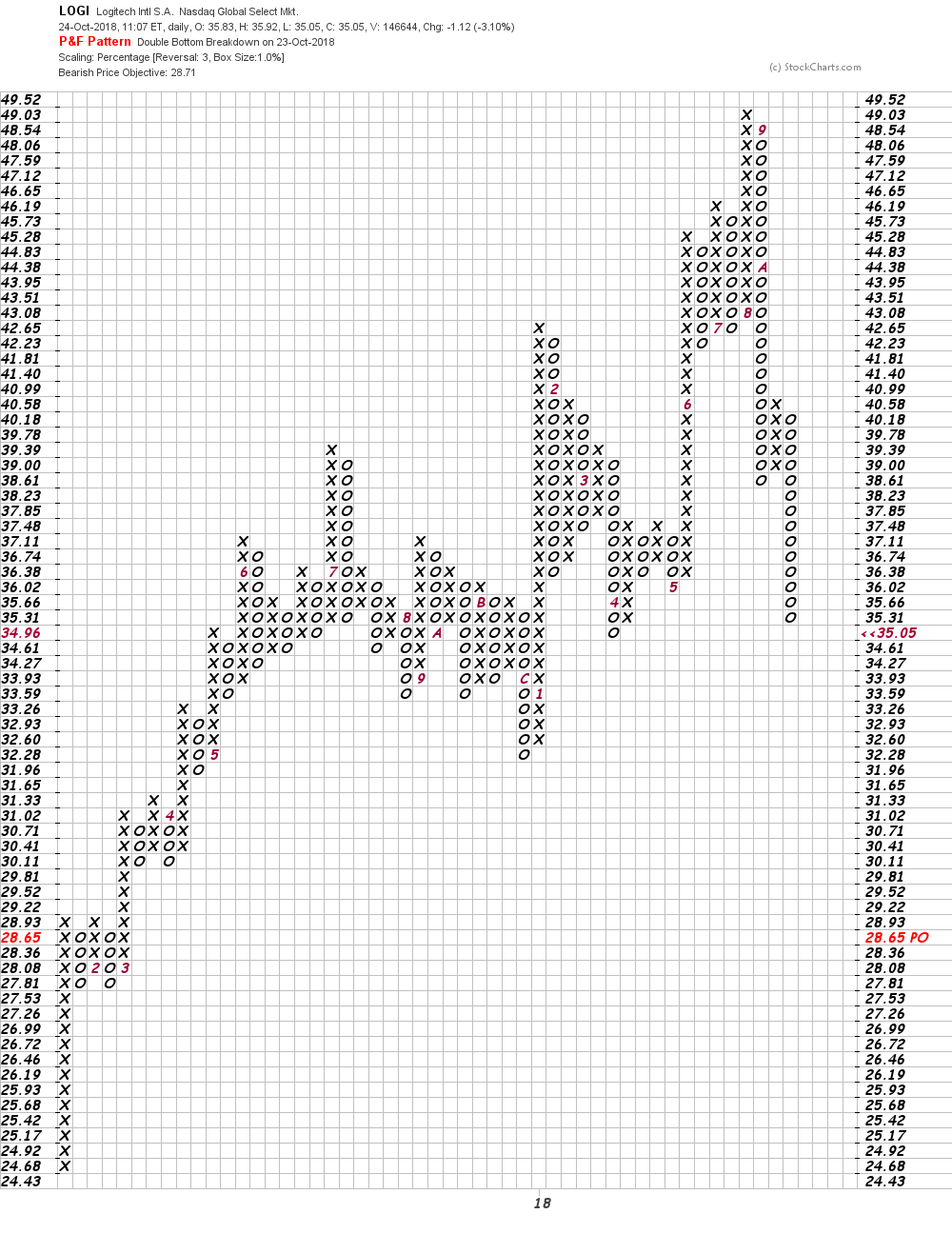 Bottom line strategy: LOGI has been punished the past two months but the damage does not appear to be over. Bounces are probably going to be selling opportunities.