LKQ Corp. (LKQ) was mentioned on Mad Money Tuesday night during the fast-paced Lightning Round. Jim Cramer said the stock should not be this low. Let's visit with the charts and indicators and see if there might be a bottom in LKQ's future.

In this daily bar chart of LKQ, below, we can see two "waterfall-like" declines since January. The first decline from January to May included a big gap to the downside. Prices recovered slowly from $30 back to $36 and then rolled over again. LKQ is below the declining 50-day moving average line and the equally bearish 200-day moving average line. The daily On-Balance-Volume (OBV) line did not decline much until late April and then it moved up to late August suggesting buyers were back in again. Since early September the OBV line has fallen sharply to new lows for the year suggesting that the selling in the past two months has been more aggressive than in April/May when prices gapped lower. The Moving Average Convergence Divergence (MACD) oscillator went to a sell signal in early September as it fell below the zero line.

In this weekly bar chart of LKQ, below, we have a bearish picture with prices below the declining 40-week moving average line as well as a break of the lows of 2018 and 2017. The weekly OBV line shows a sharp decline the past two months and the MACD oscillator has crossed to the downside below the zero line for a new sell signal.

In this Point and Figure chart of LKQ, below, we can see a four-year top pattern with a downside price target of $18 being projected. 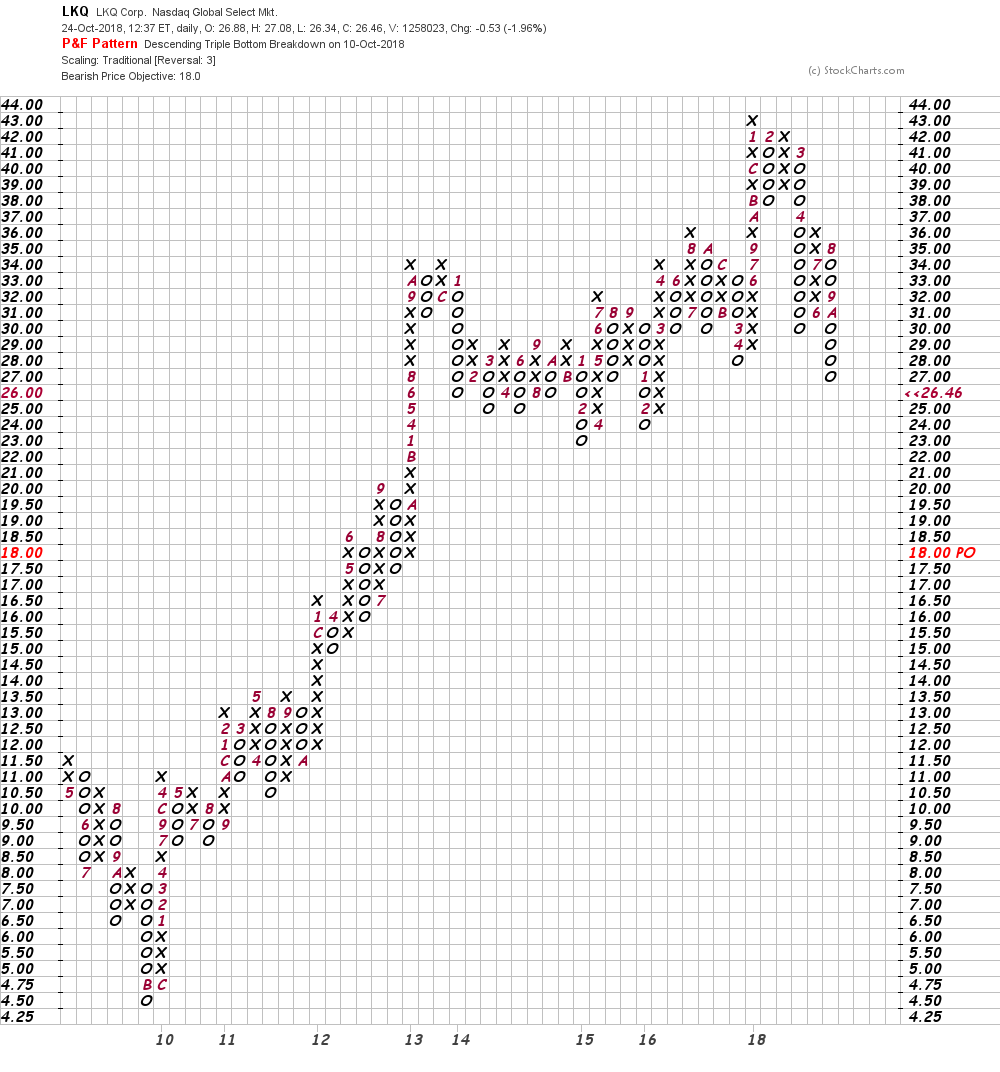 Bottom line strategy: the decline in LQK does not look over. Selling has been more aggressive and still does not look like investors have "thrown in the towel". $18 is the downside target from our Point and Figure chart (above).