Constellation Brands Inc. (STZ) made a nice rally from its August low and until very recently was poised for a possible surge to a new high. The recent decline has turned the indicators mixed and which chart tells the best story now is harder to decipher, in my opinion. Nevertheless, let's wade into the charts to see what strategy will make the most sense.

In this daily bar chart of STZ, below, we can see how prices skidded to new lows in August but rebounded as their new investments in Canopy Growth Corp. (CGC) were announced. STZ was below the 200-day moving average line in July, August and September but rallied above it this month. STZ is back below the 200-day line today and testing the rising 50-day line. The daily On-Balance-Volume (OBV) line has improved unevenly from August but still says that buyers are being more aggressive. The Moving Average Convergence Divergence (MACD) oscillator is crossing to the downside for a take profits sell signal.

In this weekly bar chart of STZ, below, we can see a mixed picture. Prices are testing the flat 40-week moving average line. The weekly OBV line is bullish and the MACD oscillator has generated a cover shorts buy signal and could soon be an outright buy.

In this Point and Figure chart of STZ, below, we can see a downside price target of $195 but a rally to $229.23 would strengthen this chart. 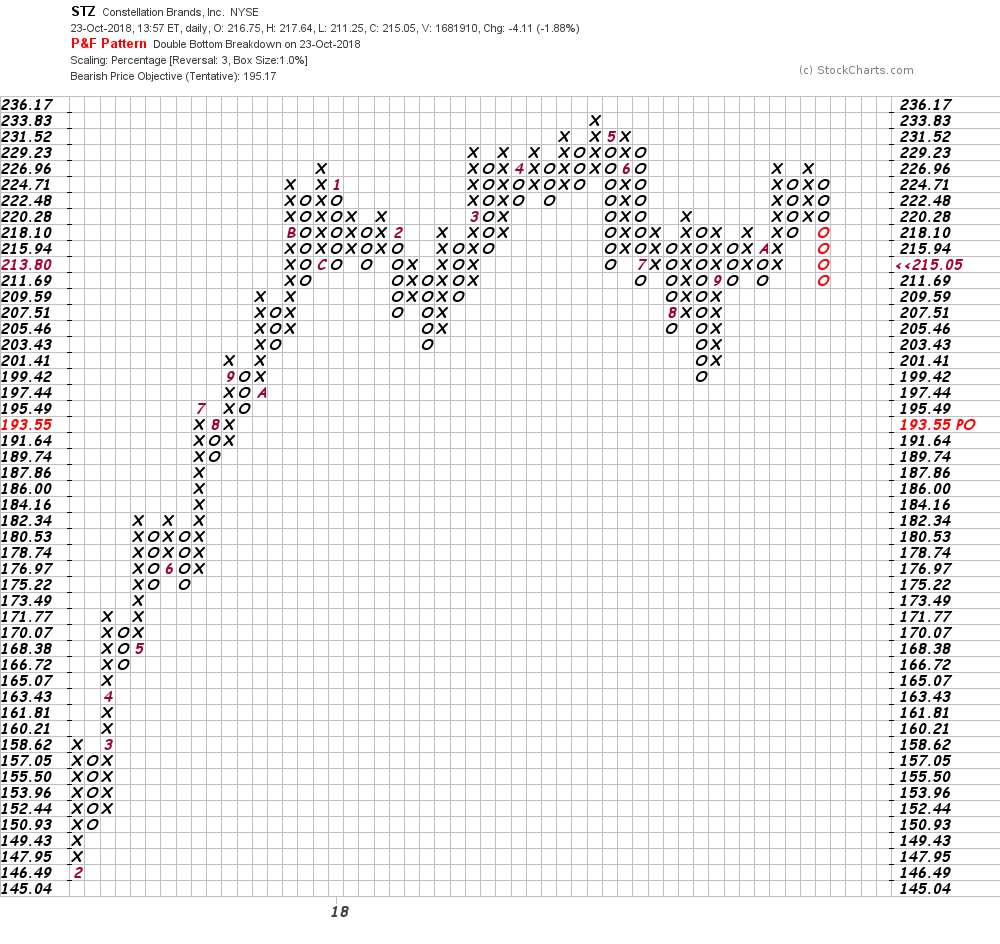 Bottom line strategy: STZ is the kind of company that typically does well in a weak market environment. Traders could go long above $230.

Price action is the only thing that can be evaluated effectively on a daily basis.

Yes, you could make money up and down the market simultaneously, and here's how.

Bitcoin and Biotech on My Mind as Defiant Bears Get Crushed

Liquidity, FOMO and a short squeeze are driving market action.

Monday's action forces some changes, and here's my plan for MSFT.

Nasdaq Overcomes Resistance, but How Troublesome Is Breadth?