Toll Brothers Inc. (TOL) is retesting support from 2016 and it does not look like it will hold with a Point and Figure price target down around $21. Let's check out all the charts and indicators for this upscale builder as their selling prices are still in an uptrend but not their stock price.

In this daily bar chart of TOL, below, we can see a persistent downtrend from January. Bounces have been limited in amplitude and duration. Even a gap to the upside in August was filled by late September. Prices are below the declining 50-day moving average line and the bearish 200-day moving average line. The daily On-Balance-Volume (OBV) line moved sideways from December but in late August the line began to move sharply lower signaling more aggressive selling. The Moving Average Convergence Divergence (MACD) oscillator has been below the zero line for much of the time since early February telling us that the bear trend is dominant.

In this weekly bar chart of TOL, below, we can see that prices retraced more than 2/3 of the prior rally so it becomes more likely that TOL will give back all the gains from 2016. Prices are below the declining 40-week moving average line. The weekly OBV line shows a decline from December 2017 and suggests that there has been considerable liquidation and selling. The Moving Average Convergence Divergence (MACD) oscillator has been in an outright sell mode side since May.

In this Point and Figure chart of TOL, below, we can see a potential downside price target of $21.60. 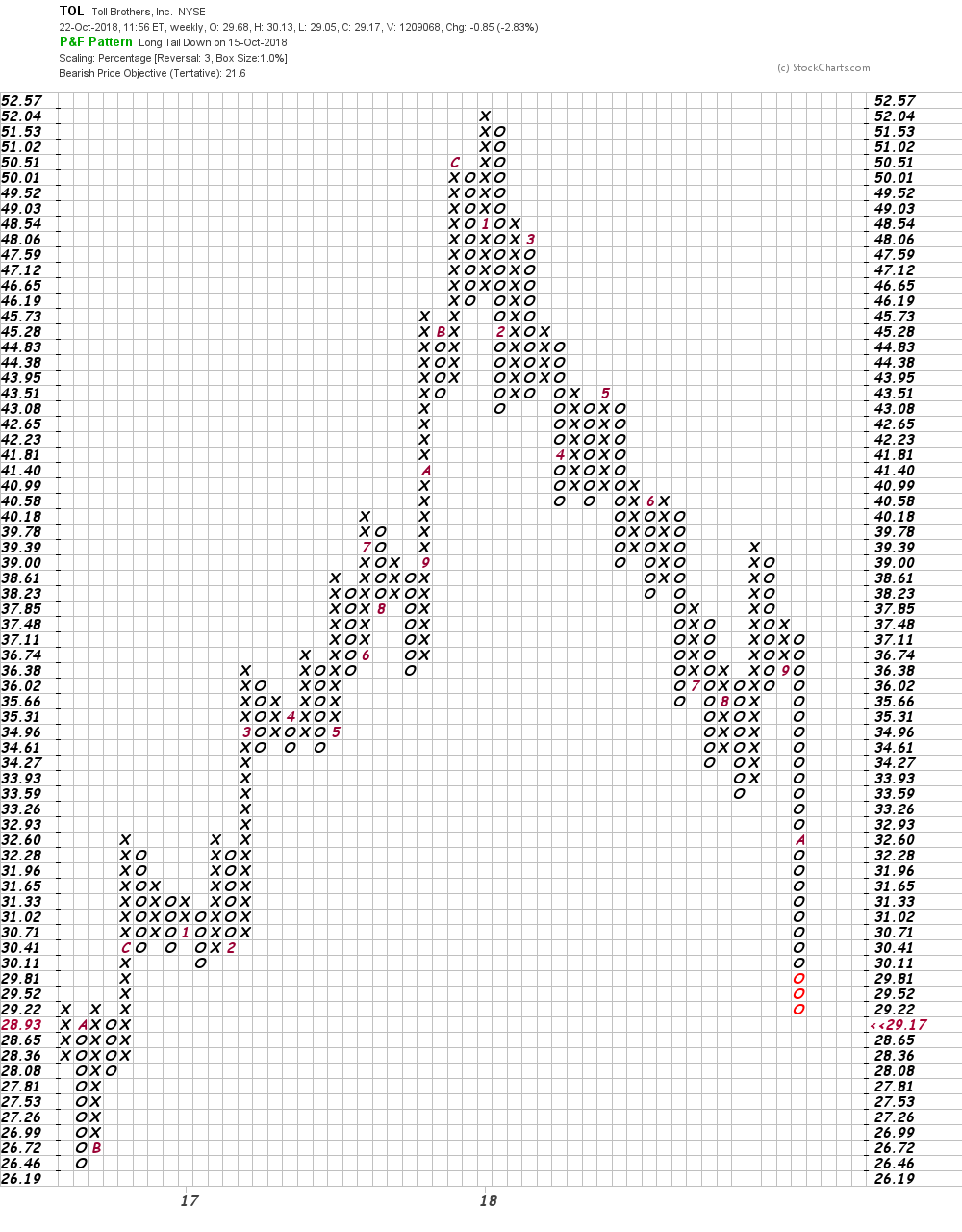 Bottom line strategy: the downtrend in TOL is likely to continue as support is a distant memory from 2016. Go take a look at the decorated Toll Brother models which are much more attractive than the stock charts.