Mohawk Industries (MHK) has been in a downtrend all year and there does not seem to be an end to the weakness. Let's review our usual suspects of charts and indicators to see how far down MHK could decline in the weeks ahead.

In this daily bar chart of MHK, below, we can see that prices have been nearly cut in half since February - a pretty powerful bear. Prices are below the declining 50-day moving average line and the declining 200-day line too. A bearish dead cross of these two indicators can be seen back in March.

The daily On-Balance-Volume (OBV) line has been weakening since January and has made new lows in September and October.

The Moving Average Convergence Divergence (MACD) oscillator has been below the zero line for much of the time since February and it is still in a bearish configuration.

In this weekly bar chart of MHK, below, we can see the price action back to 2009. Prices are below the declining 40-week moving average line and we can see tentative chart support in the $140-$120 area.

The weekly OBV line shows weakness in recent weeks following a prolonged rise. The weekly MACD oscillator has been in a bearish mode from early January.

In this Point and Figure chart of MHK, below, we can see the big decline so far this year. This chart still has a downside price target of $102.44. 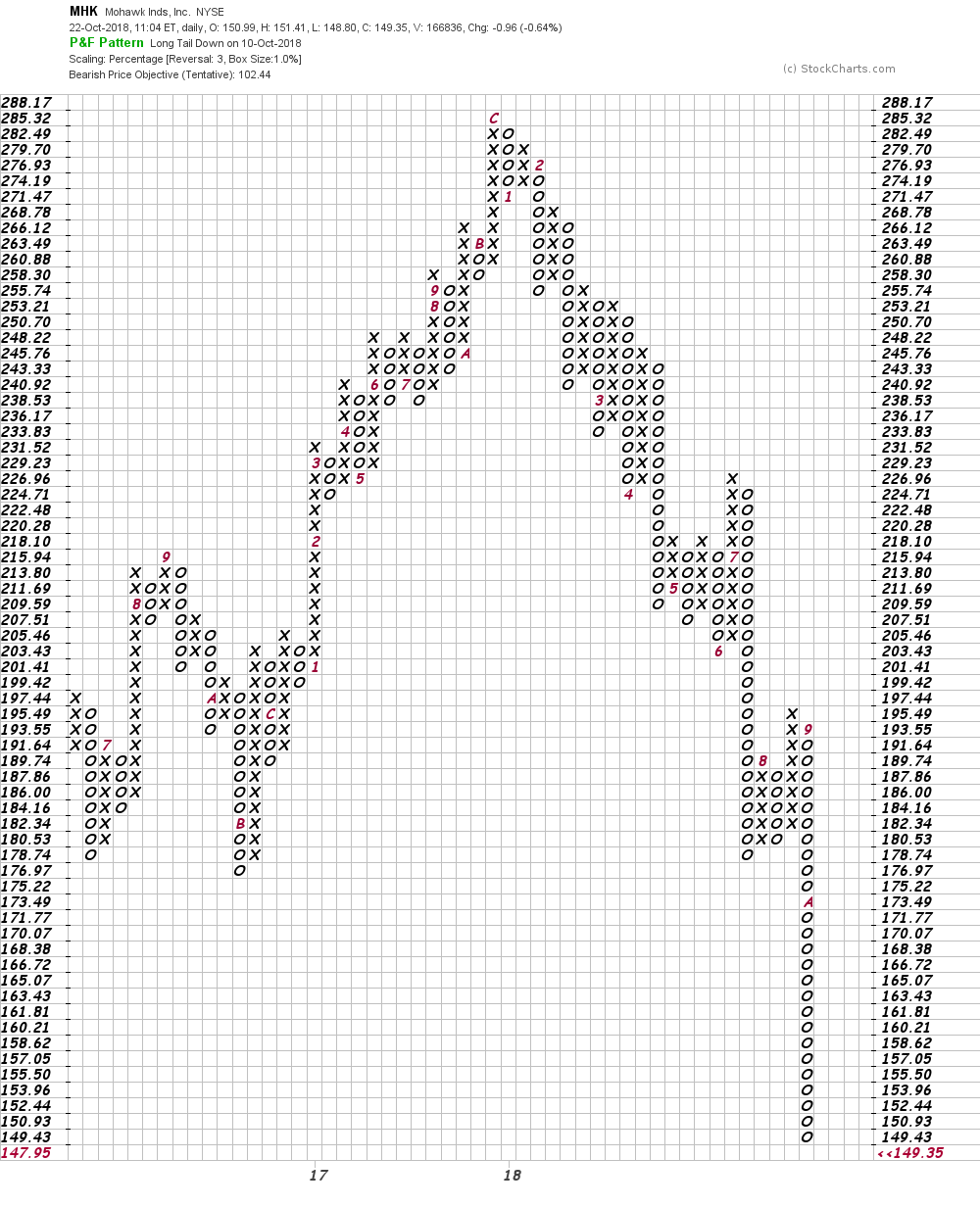 Bottom line strategy: The decline in the price of MHK this year has been pretty relentless. Bounces have been limited and short-lived and that bearish pattern could well continue as we have to look way back to 2014 for any chart support. The $100 area is the next big Point and Figure price target. Buyers of MHK need to sit on their hands.