The following commentary was sent to subscribers of Trifecta Stocks on Friday. Trifecta Stocks is a long-only model portfolio, but we are anxious to give our subscribers insight into stocks that may pose interesting investing opportunities on the short side.

Using recent actions and grades from Quant Ratings and layering on technical analysis of the charts of those stocks, we will identify up to five names each Friday that look bearish. While we will not be weighing in with fundamental analysis, we hope this piece will give investors interested in stocks on the way down a good starting point to do further homework on the names. 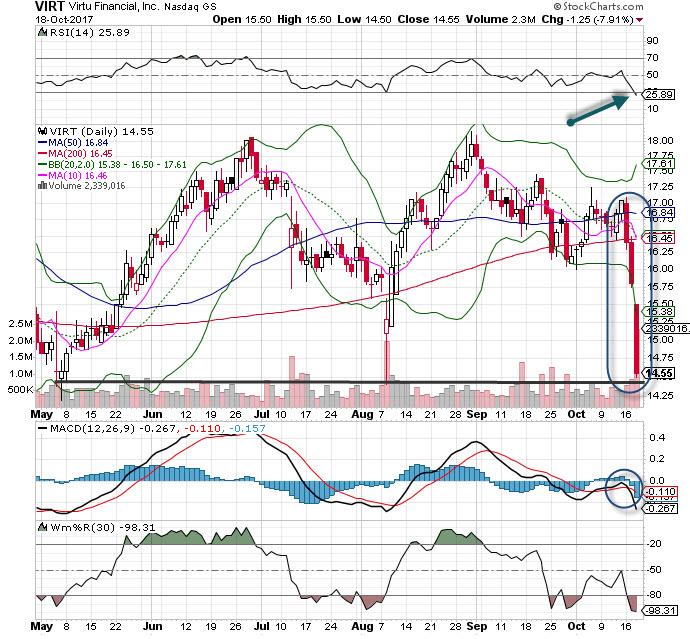 The provider of market-making and liquidity services has had a miserable week. While this name could rally back a bit, any rally should be sold vigorously. This chart is just a mess; relative strength is weak and the moving average convergence divergence (MACD) is confirmed on a sell signal. Any rally that fills the gap around $15.80 should be sold. 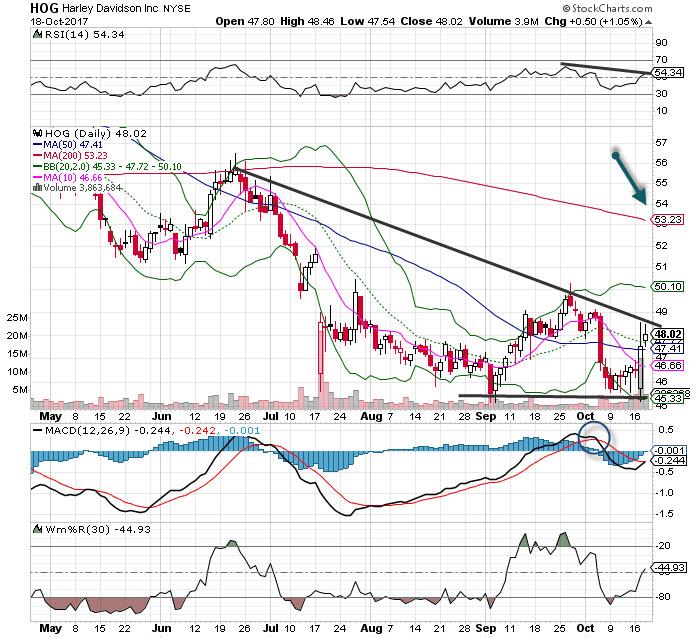 Harley-Davidson Inc.  (HOG) recently was downgraded to Hold with a C+ rating by TheStreet's Quant Ratings.

The big motorcycle manufacturer had earnings recently, and while decent the stock reacted negatively. That is not a surprise, though, as the stock had been in a miserable downtrend since breaking down in June. The 200-day moving average looms as resistance, and the recent rally only has let HOG make it back to the down trend line. MACD is still on a sell signal. 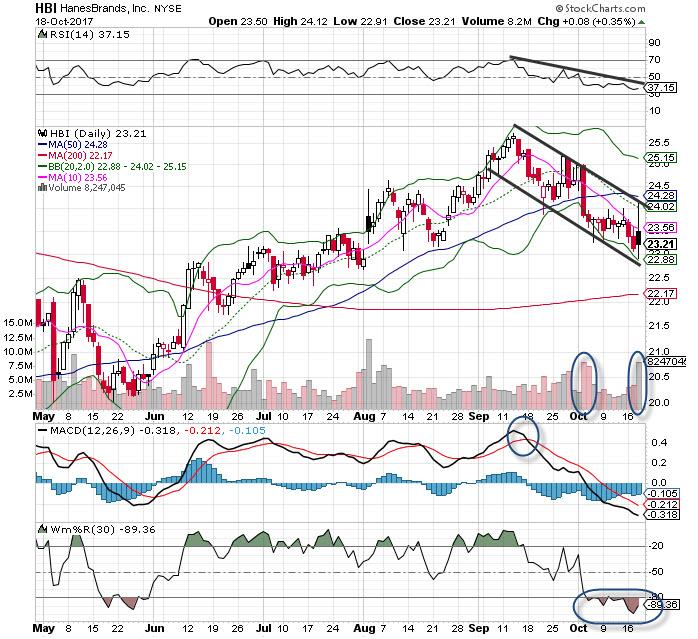 Hanesbrands Inc.  (HBI) recently was downgraded to Hold with a C+ rating by TheStreet's Quant Ratings.

The underwear maker also shows a defined downtrend channel, but notable are the big volume days in October when the stock turned around and finished near the lows on those particular days. MACD is still on a sell signal and momentum is bearish; the 200-day moving average would be the first target at $22. Short to that level or lower. 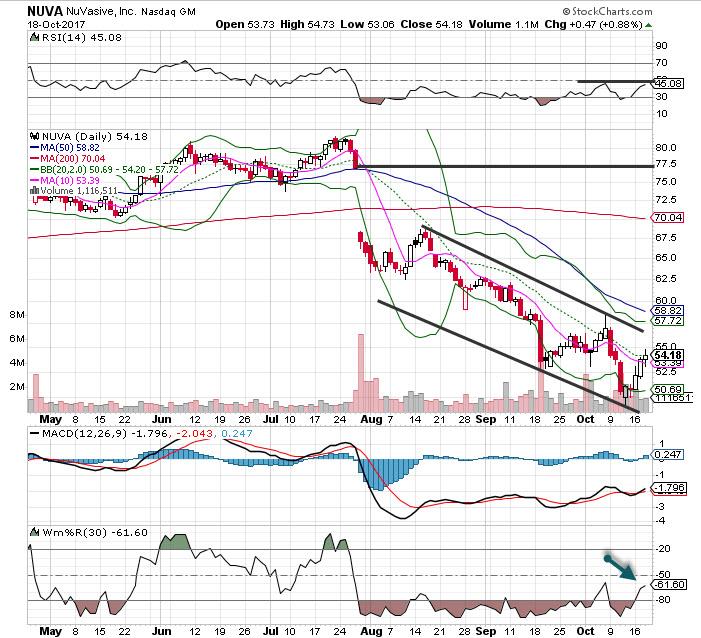 NuVasive Inc.  (NUVA) recently was downgraded to Hold with a C+ rating by TheStreet's Quant Ratings.

The stock of this medical device maker for minimally invasive surgery has been suffering since a giant gap lower in late July, and a series of lower highs and lower lows defines the trend channel. Resistance is quite a way up at the gap-down point, but we believe this stock is still in a spiral downward. Short at the top end of the channel (around $56 or so). 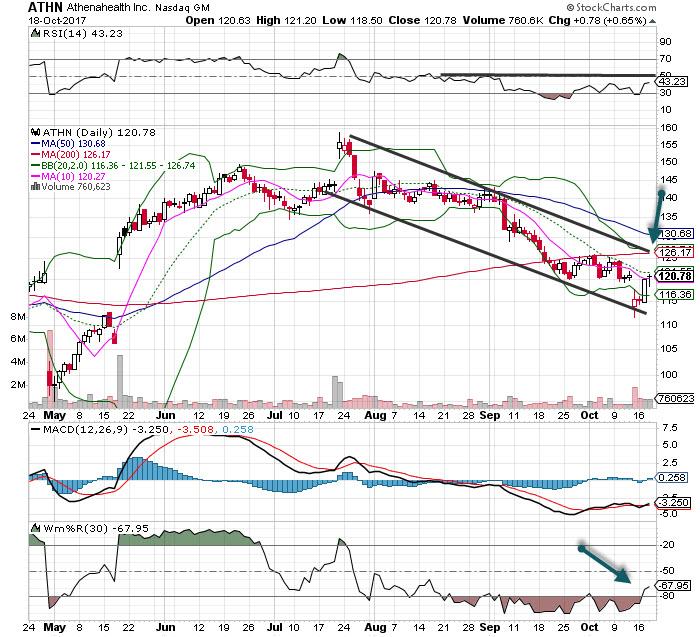 athenahealth Inc.  (ATHN) recently was downgraded to Hold with a C rating by TheStreet's Quant Ratings.

The provider of medical record and other patient-related data services has a defined downtrend channel and now the stock is well below the 200-day moving average. The momentum indicators have poked their head above the bearish sign, but it appears the energy from the three-day up move is about over. We should see this stock head toward the lower end of the channel and create another lower low.

Get an email alert each time I write an article for Real Money. Click the "+Follow" next to my byline to this article.
TAGS: Investing | U.S. Equity | Consumer Discretionary | Healthcare | Consumer | Options | Short-selling | Stocks