Jim Cramer considered Arrowhead Pharmaceuticals  (ARWR) a great speculative play in the "Lightning Round" last night during his "Mad Money" program. Speculative or blue chip - I like to look at the charts and indicators. Let's see what this biopharma looks like.

In this daily bar chart of ARWR, below, we can see some strong price performance from December with prices rallying from $4 to touch $22 - impressive. ARWR has quickly corrected since early September.

The daily On-Balance-Volume (OBV) line shows an interesting rise from November to September. The line dips in early October but has since leveled off which tells me that there was some initial selling that has since stopped.

The Moving Average Convergence Divergence (MACD) oscillator is below the zero line but it has narrowed and could signal a cover shorts buy signal in the days ahead.

In this weekly bar chart of ARWR, below, we can see a parabolic rally from just $2 back in 2017 to $22 - one heck of a return. Prices are still above the rising 40-week moving average line.

The weekly OBV line declined in September but remains in a longer-term uptrend.

The MACD oscillator has turned down to a take profits sell signal.

In this Point and Figure chart of ARWR, below, we can see an upside price target around $16 but no meaningful resistance until $18 or so. 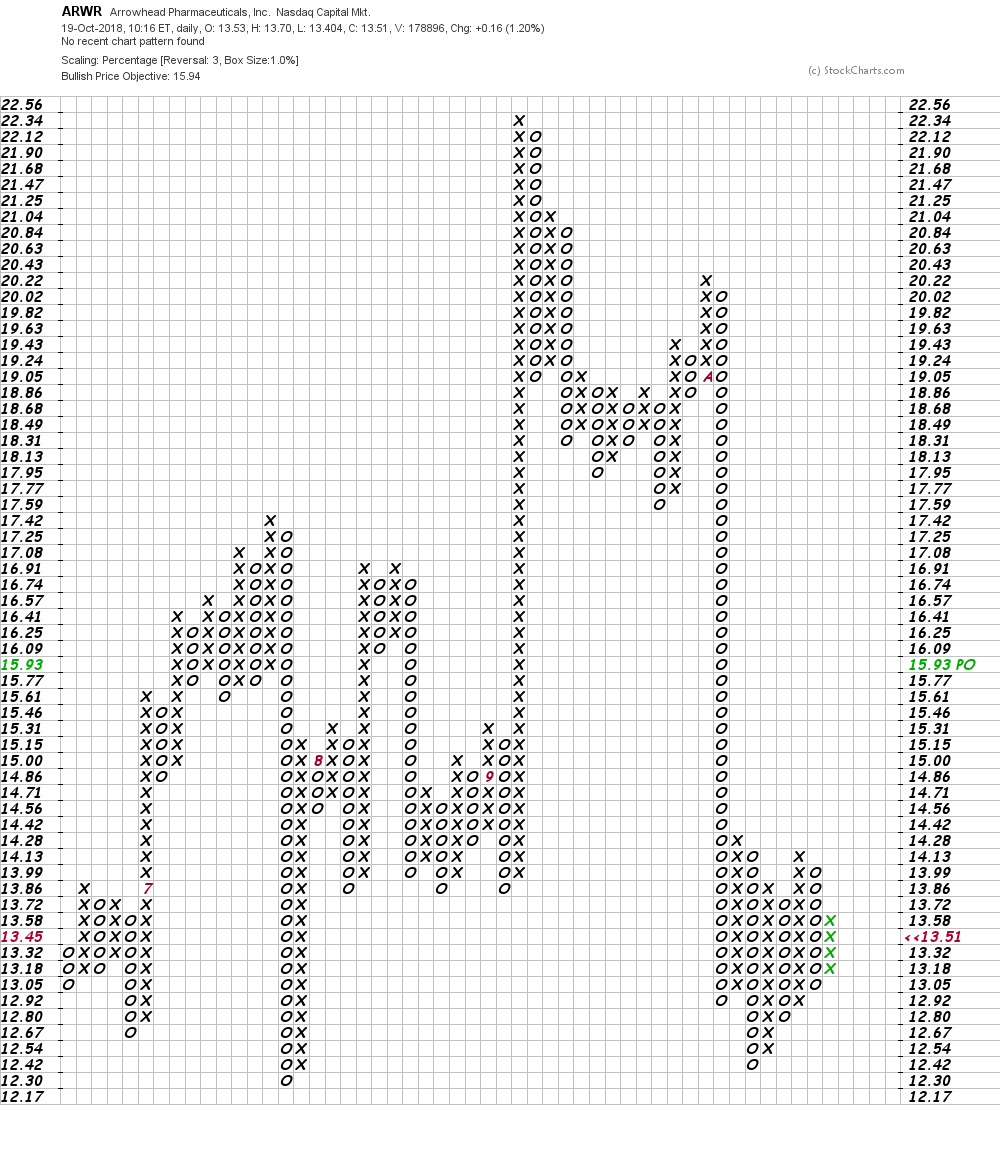 Bottom line strategy: ARWR does not look like a stock for the faint of heart with quick $8 to $10 swings in a short time span. If it can hold above the 200-day line and build a bigger base pattern, I would be inclined to probe the long side.