Home Depot Inc. (HD) was mentioned at the very beginning of Jim Cramer's Mad Money show Thursday night. He used HD as example of what he thought was going on in the stock market. Cramer noted there was still far too much greed and complacency in the market to produce a significant bottom.

Let's take a closer look at the charts and indicators of HD Friday morning to see if the stock's slide from $215 to $180 is enough to start nibbling.

In the daily bar chart of HD, below, we can see a definite bearish shift in the indicators from September. Prices broke below the 50-day moving average line in early October and then the slope of this indicator turned negative.

More recently HD closed below the flat 200-day moving average line. Prices held below this longer-term trend indicator and rallies to the line from below failed. Prices have broken the August lows and the May lows. Only the March/April lows remain.

The daily On-Balance-Volume (OBV) line shows a peak in early September and a decline in October to a new low. The OBV line tells us that sellers of HD have become more aggressive.

In the lower panel is the Moving Average Convergence Divergence (MACD) oscillator, which crossed to an outright sell signal earlier this month.

In the three-year weekly bar chart of HD, below, we can see that prices are below the now flat 40-week moving average line. Friday's close below the line will qualify as one of Joe Granville's four moving average sell signals.

The weekly OBV line moved to a new low for the move down this year and the MACD crossed to a take profits sell signal at the end of September. Writing on the wall.

In this Point and Figure chart of HD, below, we can see a large top or distribution pattern. The computer program which the scene is projecting a downside price target around $145. 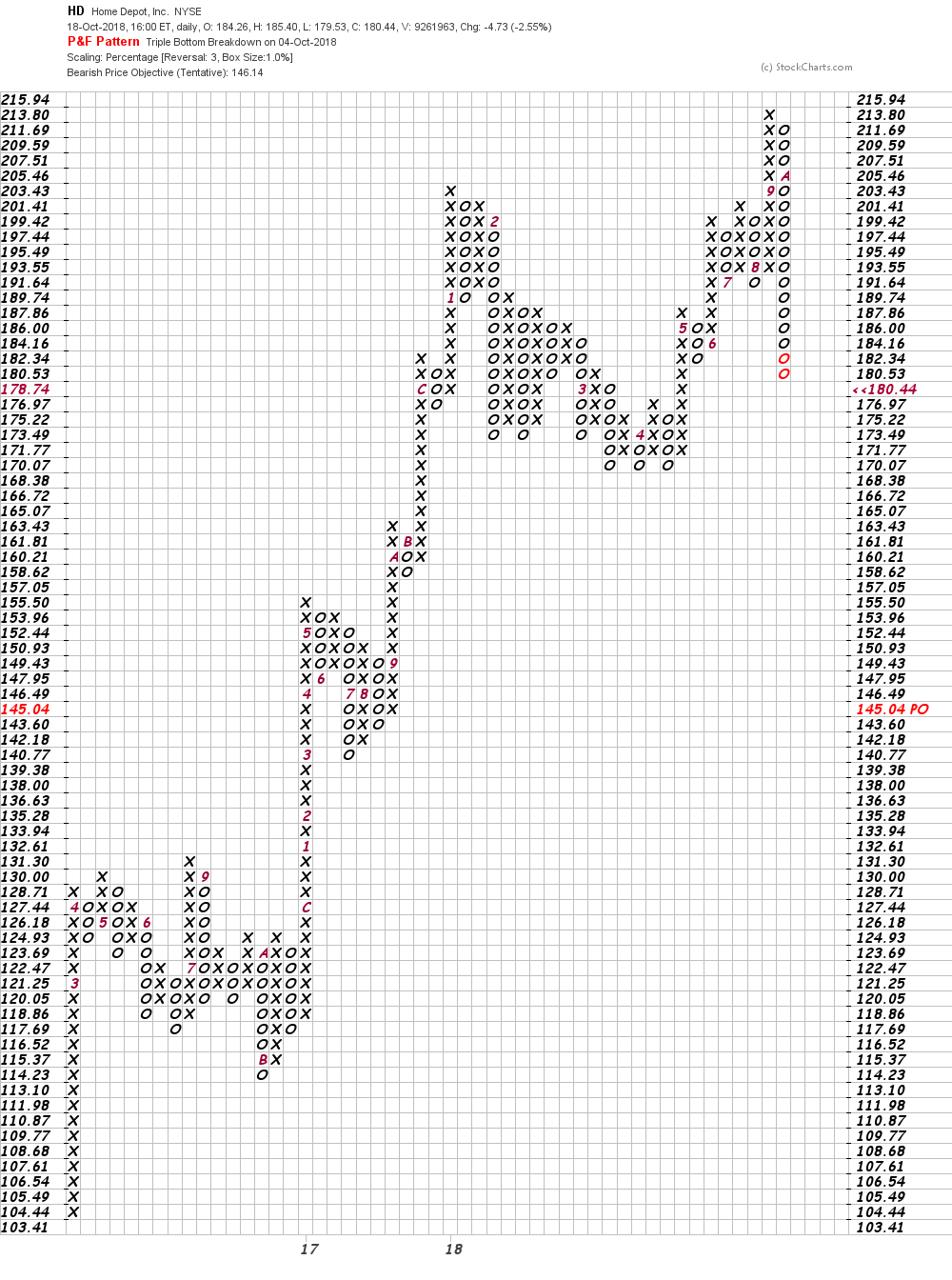 Bottom-line strategy: HD could make an oversold bounce at any point in time but the bigger picture suggests that without a new base pattern a bounce is likely to fail. A decline to $168 on the Point and Figure chart portends a bigger decline in the months ahead.