In an installment of his "Power Rankings" segment of "Mad Money" last night, our own Jim Cramer pulled back the band aide on the health care sector. Cramer called the group one of the most recession-proof around. He noted that you simply cannot go wrong with health care when the Federal Reserve is raising interest rates.

His top pick was HCA Healthcare, Inc. (HCA) . Looking at the charts this morning we can see that HCA has made a significant advance but we don't make money by looking backwards. We need to be forward looking. Bring in the charts.

The daily On-Balance-Volume (OBV) line shows a positive trend if we look at the past 12 months but we can also see a bearish divergence from August to October as the OBV line makes a double top while the price series makes a higher high. Ideally we should see a new high from the OBV line as prices make new highs.

In the bottom panel is the Moving Average Convergence Divergence (MACD) oscillator which shows a take profits sell signal in August and is just a short distance from crossing the zero line and an outright sell signal.

In this weekly bar chart of HCA, below, a two-year sideways consolidation pattern is followed by an upside breakout and advance. Prices are above the rising 40-week moving average line.

The weekly OBV line has been stalled since late July and is a bearish divergence from the price action.

The MACD oscillator is poised to cross to the downside for a take profits sell signal.

In this Point and Figure chart of HCA, below, it looks like prices have gotten extended over the summer (look for the "6" and "7" on the chart below). Prices are well above the last price target of $109 but that does not make it a sell. 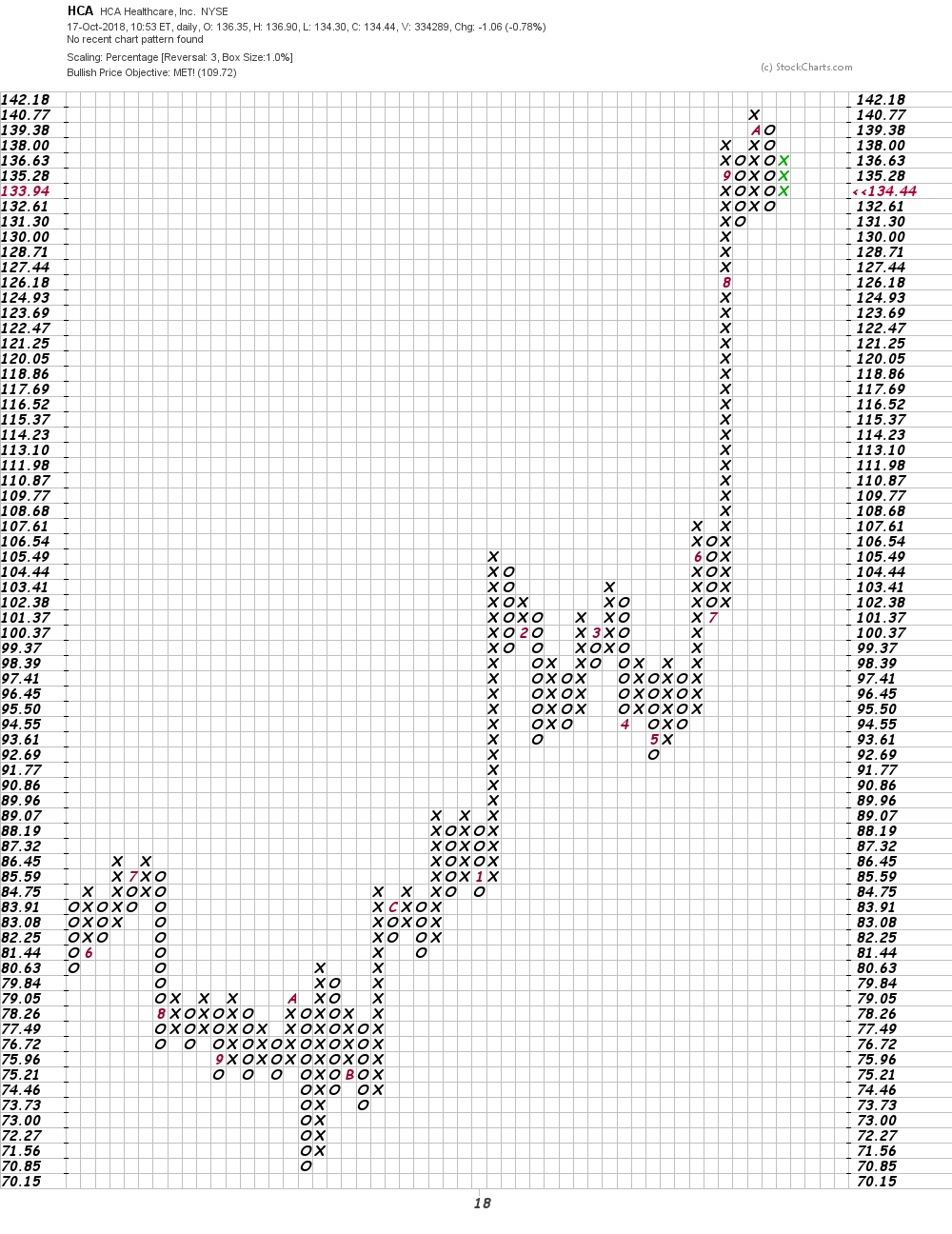 Bottom line strategy: Yes the price chart of HCA is still pointed up, however, the bearish divergence from our volume indicators makes me a nervous long on HCA. Longs should consider raising stop protection to a close just below $130.

We should be zealous in pursuing profits but can't forget our discipline.