Applied Materials, Inc. (AMAT) looks like it will bounce a little Wednesday morning but the longer-term pattern is still not constructive, in my opinion.

The last time I reviewed that charts and indicators for AMAT was in the middle of March, where I said, "for better or worse I like to see volume confirm breakouts and when that doesn't happen I rethink my position. Tomorrow is another day but right now I am questioning the 'breakout.'" With the benefit of 20/20 hindsight we can see that not following the upside breakout in AMAT some seven or eight months ago was the right strategy.

The daily On-Balance-Volume (OBV) line did not move up to a new high with prices back in March but it did not decisively turn lower until the middle of August. Since August we can see that sellers of AMAT have been more aggressive including a downside gap in August. The trend-following Moving Average Convergence Divergence (MACD) oscillator has been below the zero line for much of time since April -- definitely not constructive.

In the weekly bar chart of AMAT, below, we can see the rise and fall of this stock over the past three years. Prices rallied some four-fold but now they are below the declining 40-week moving average line.

The weekly OBV line has been weak since March, unlike the daily OBV line. The weekly MACD oscillator turned down in November of 2017 and has been in a sell mode since June. 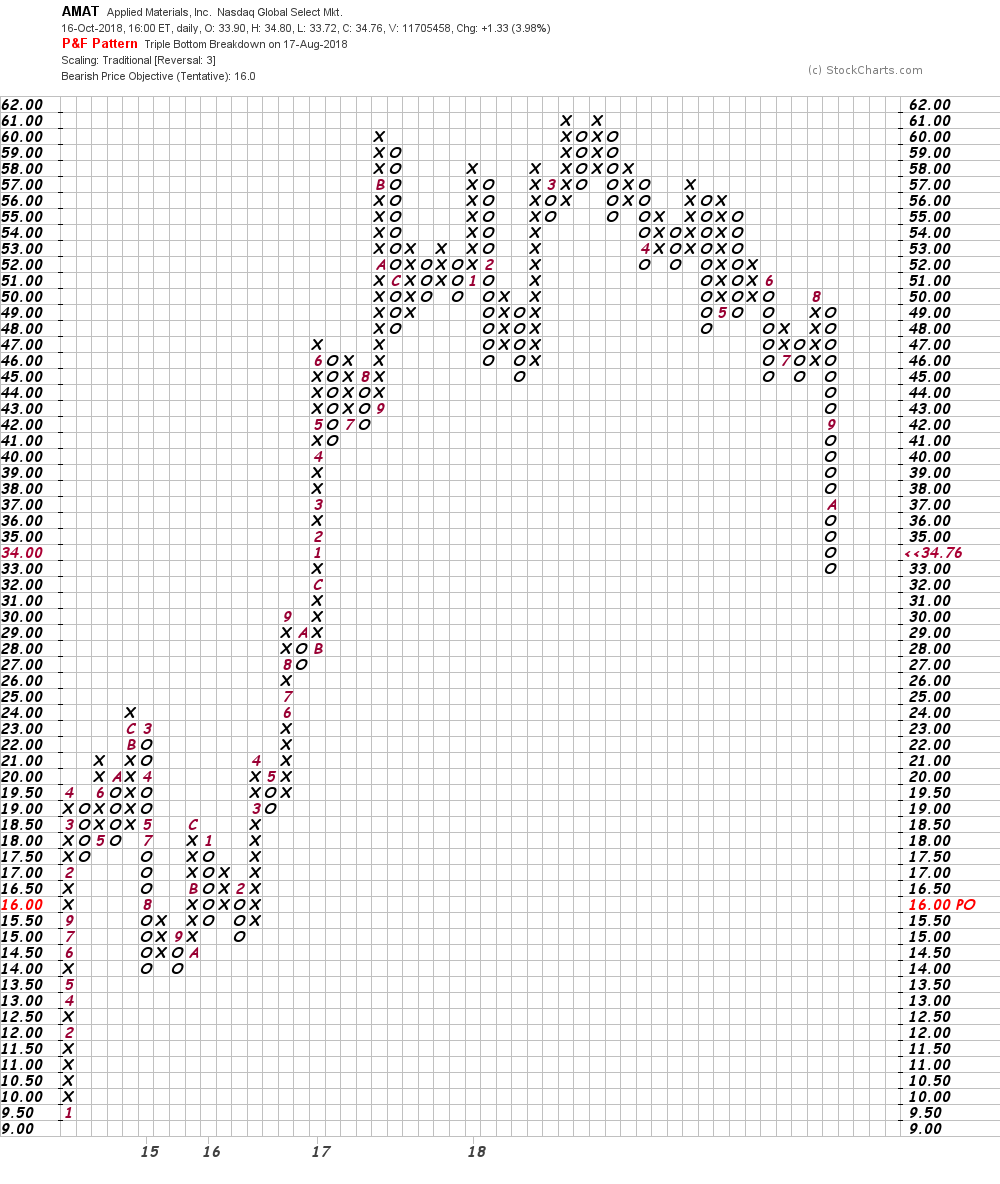 Bottom-line strategy: AMAT has made a big correction from its high back in March but I find no technical reasons to go long here and with a downside Point and Figure price objective of $16 I would look for opportunities elsewhere.