Wabash National Corp. (WNC) was discussed in Jim Cramer's "No-Huddle Offense" segment of "Mad Money" last night. WNC is a maker of delivery trucks that is key to our Internet economy. The share price of WNC was strong into early February as the demand for trucks soared. But Cramer said that steel tariffs and a tighter labor market raised costs.

The charts have tumbled and the question for me is whether the worst over.

In this daily bar chart of WNC, below, we can see the slow decline from early February until last week. WNC gapped lower on heavy volume. Prices have bounced a little recently but there is lasting damage in my opinion. WNC is below the declining 50-day average line and the slower-to-react 200-day line.

The Moving Average Convergence Divergence (MACD) oscillator has been below the zero line since early March.

In this weekly bar chart of WNC, below, we can quickly see the past three years of price movement. Prices are below the declining 40-week moving average line. The $14-$10 area from 2016 could prove to be a support area.

The weekly OBV line shows weakness this year and the MACD oscillator is bearish.

In this Point and Figure chart of WNC, below, we can see that prices reached and overshot a downside price target of $16. Prices are back into a three-year consolidation zone so they probably hold. 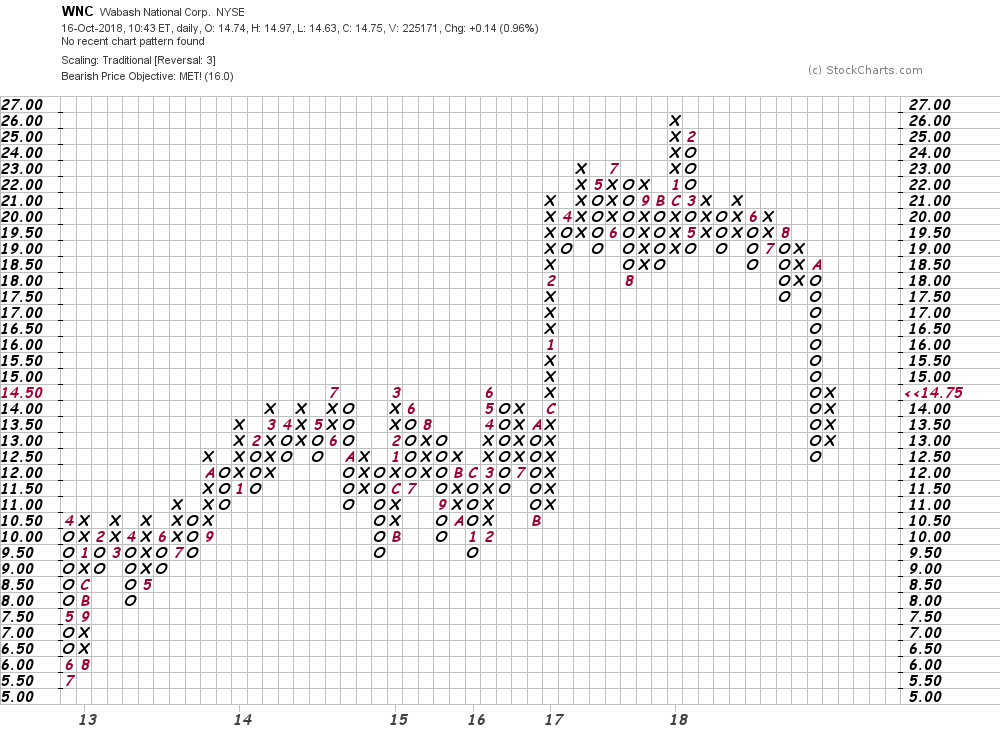 Bottom line strategy: WNC has been cut in half this year so far. It is down in an area of considerable support based on the Point and Figure chart. While the worst could be over for WNC, it will still need a period of rebuilding and basing before we can think about a rally.