Netflix (NFLX) is due to report its third-quarter earnings' numbers after the close Tuesday. What is the technical setup ahead of these figures?

Sometimes people close to the company leave a "tell" from their buying or selling activities. Let's look at the charts and indicators to see if we can glean any clues.

In the daily bar chart of NFLX, below, we can see that prices made a small top in June/July around the $420 level. Prices traded down in August and then recovered into early October. A selloff over the past two weeks has brought NFLX down for a test of the rising 200-day moving average line. The slope of the shorter 50-day moving average line is flat to declining and is above the current price level of NFLX.

The daily On-Balance-Volume (OBV) line made a peak back in June and has moved lower since, which tells us that sellers have been more aggressive the past four months. The Moving Average Convergence Divergence (MACD) oscillator recently moved below the zero line for an outright sell signal.

In the weekly bar chart of NFLX, below, we can see some weakness in the indicators. Prices are testing the 40-week moving average line. The weekly OBV line shows a peak in June like the daily chart.

The weekly OBV line looks like it is making a new low for the move down this month. The MACD oscillator is in a bearish mode and pointed toward the zero line.

In this Point and Figure chart of NFLX, below, we can see a possible downside price target of $295 being projected. A decline to $315.17 would be bearish and a rally to $344.70 would improve the bull case. 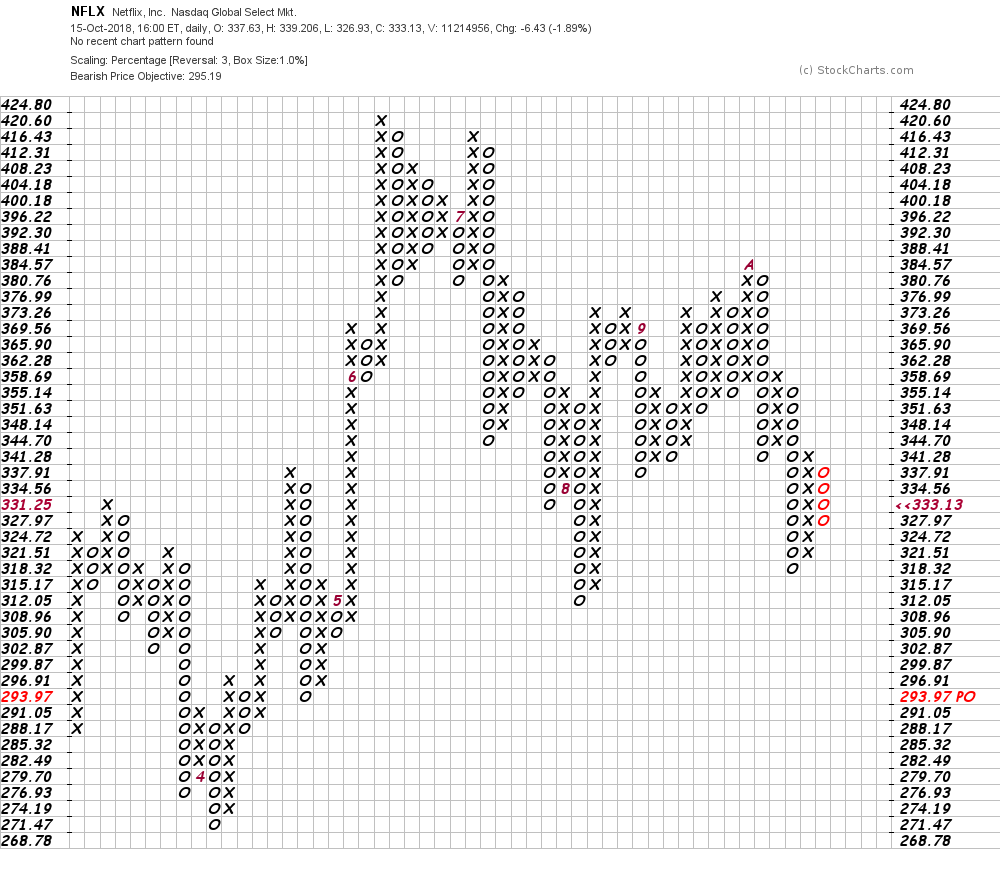 Bottom-line strategy: NFLX could edge slightly higher Tuesday ahead of its earnings' release but the longer-term picture suggests NFLX has further to go on the downside.

Forgot about FSLY? If Apple rumors are true, then a play in this name may be in order. Here's how to approach it.