Fundamentally oriented analysts seem to be giving a positive spin on J.C. Penney Co., Inc. (JCP) this morning. They believe that "Penney's" will be a beneficiary of increased sales from the bankruptcy of Sears Holdings  (SHLD) . This may indeed happen, but because of the long-term downtrend on the charts of JCP this "news" may only be a temporary reprieve and the price of JCP could be heading still lower in the weeks ahead.

Let's look at some charts and indicators and go with the trend rather than some wishful thinking, in my opinion.

In the daily bar chart of JCP, below, we can see a counter-trend rally from early November to last February. In early March JCP starts a clear decline that in seven months cuts the stock price from $4.50 to nearly $1.50. Not pretty. Prices are below the declining 50-day moving average line and below the bearish 200-day line.

The daily On-Balance-Volume (OBV) line shows a rise from November to late February but then a decline from there. A rising OBV line is a sign of aggressive buying and a declining OBV line tells us that sellers are more aggressive.

In this three-year weekly bar chart of JCP, below, we can see a longer-term decline for the stock. JCP has skidded from $12 to near $1.50. This is more than an "adjustment." Prices are below the bearish 40-week moving average line.

The weekly OBV line is in a long decline and the Moving Average Convergence Divergence (MACD) oscillator has been below the zero line since late 2016.

In this second weekly bar chart, below, we just want to show the "big picture" with the decline from above $40 back in early 2012.

In this Point and Figure chart of JCP, below, we have manipulated the parameters to give us a downside price target of $1.04. This chart needs are rally to $3.12 to spark a recovery phase. 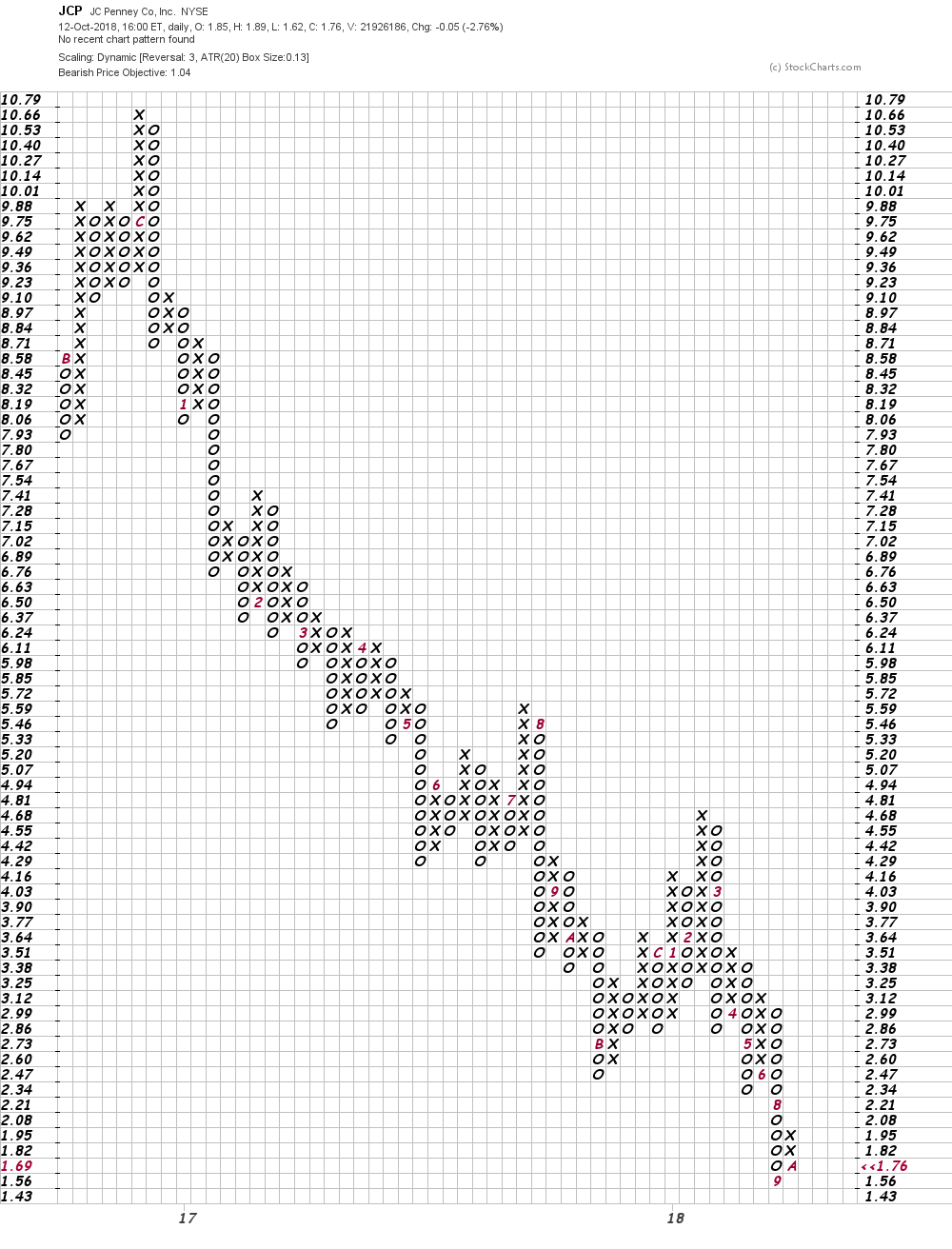 Bottom-line strategy: The fundamental story may be absolutely correct. JCP made indeed benefit by Sears closing their doors. However, the charts at this time suggest it does not matter and the downtrend is likely to persist.