During Friday's "Mad Money" show, Jim Cramer looked ahead to some of the stocks that report earnings this week. On Wednesday it's earnings from a stock on Cramer's buy list - United Rentals, Inc. (URI) .

Let's take a look at the charts and indicators of URI and see if we can pick up a bias ahead of the numbers.

In this daily bar chart of URI, below, we can see a number of bearish signals and observations. Prices declined sharply the past three to four weeks to break the lows of late June, July and August.

The daily On-Balance-Volume (OBV) line was largely neutral from March to September but it has weakened from the middle of September and suggests more aggressive selling lately.

In this weekly bar chart of URI, below, we can see more negatives. Prices are below the 40-week moving average line which has started to decline.

The weekly OBV line shows a peak in January and a downtrend suggesting a long period of selling and liquidation.

The weekly MACD oscillator has crossed to the downside for a fresh outright sell signal.

In this Point and Figure chart of URI, below, we can see the recent breakdown noted on the daily chart above. This chart is now generating a longer-term price target of $100. 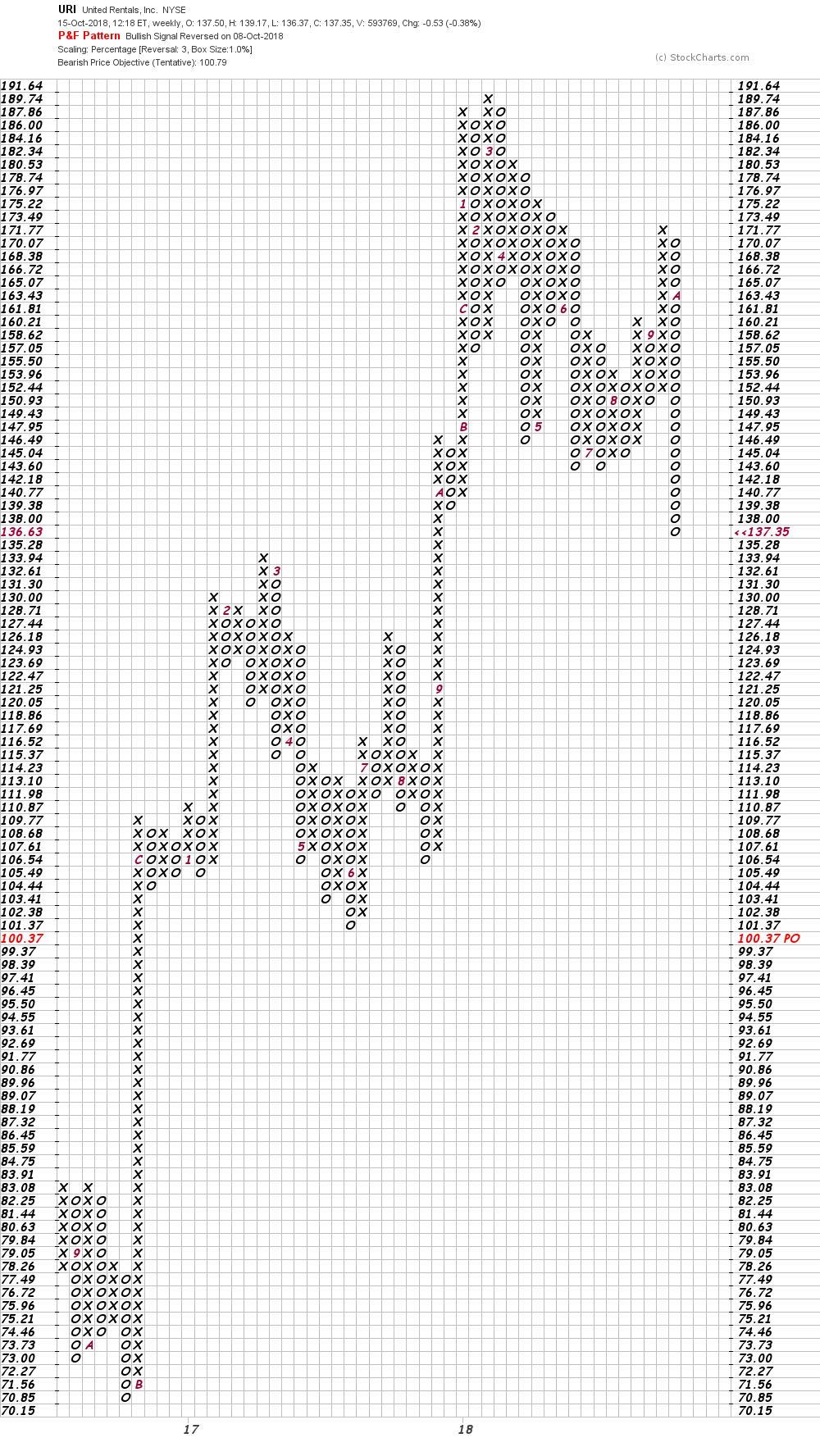 Bottom line strategy: URI's recent breakdown to a new low and the break of support argues for further weakness in the days and weeks ahead. The $145-$155 area should now as resistance.