Amid Friday's stock market turmoil, here's a look back at just how bad things can get so as not to overreact.

JPMorgan declined and Bank of America (BAC)   ended flat after the morning gains, while Wells Fargo (WFC)  seesawed throughout the day. Only Citi remained positive amid the turmoil.

With all this volatility, some perspective on just how resilient these four banks have been in the last decade is in order. 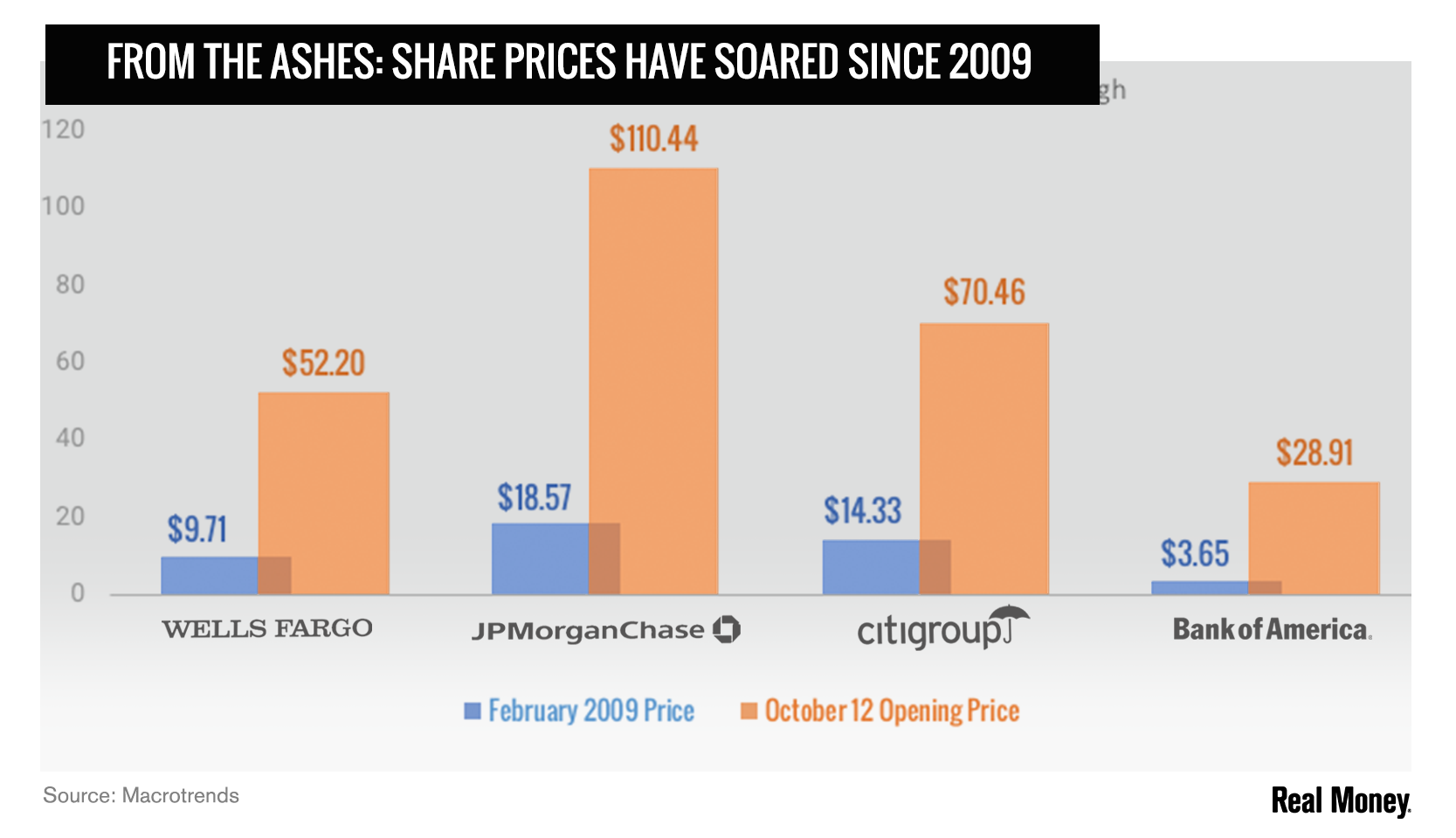 With such a recovery, investors will surely look back at what they could have made out of believing in banking at one of its darkest hours. 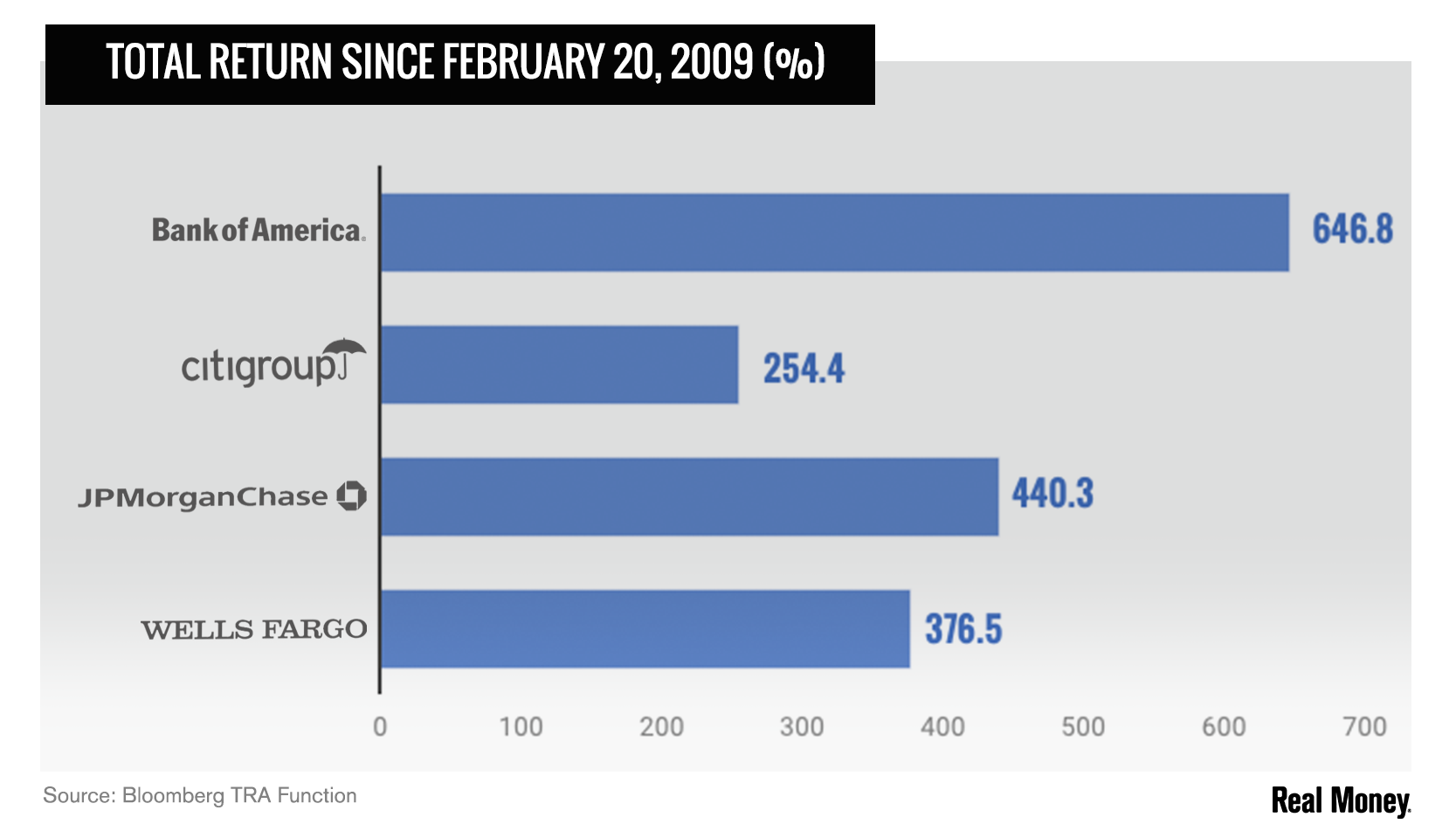 The growth rate that these companies have achieved obviously cannot be replicated any time soon, but remains as a reminder of a remarkable rebound.

Too Big to Fail?

The banks have also had no problem getting bigger after rising from their bottoms.

At the trough of the banking crisis in 2009, when concerns over banks being too big were at their peak, the total assets between the four banks totaled $7.3 trillion. That number now stands at $8.5 trillion, over a full trillion dollars larger. It appears that regulation has not stopped the money train so far. 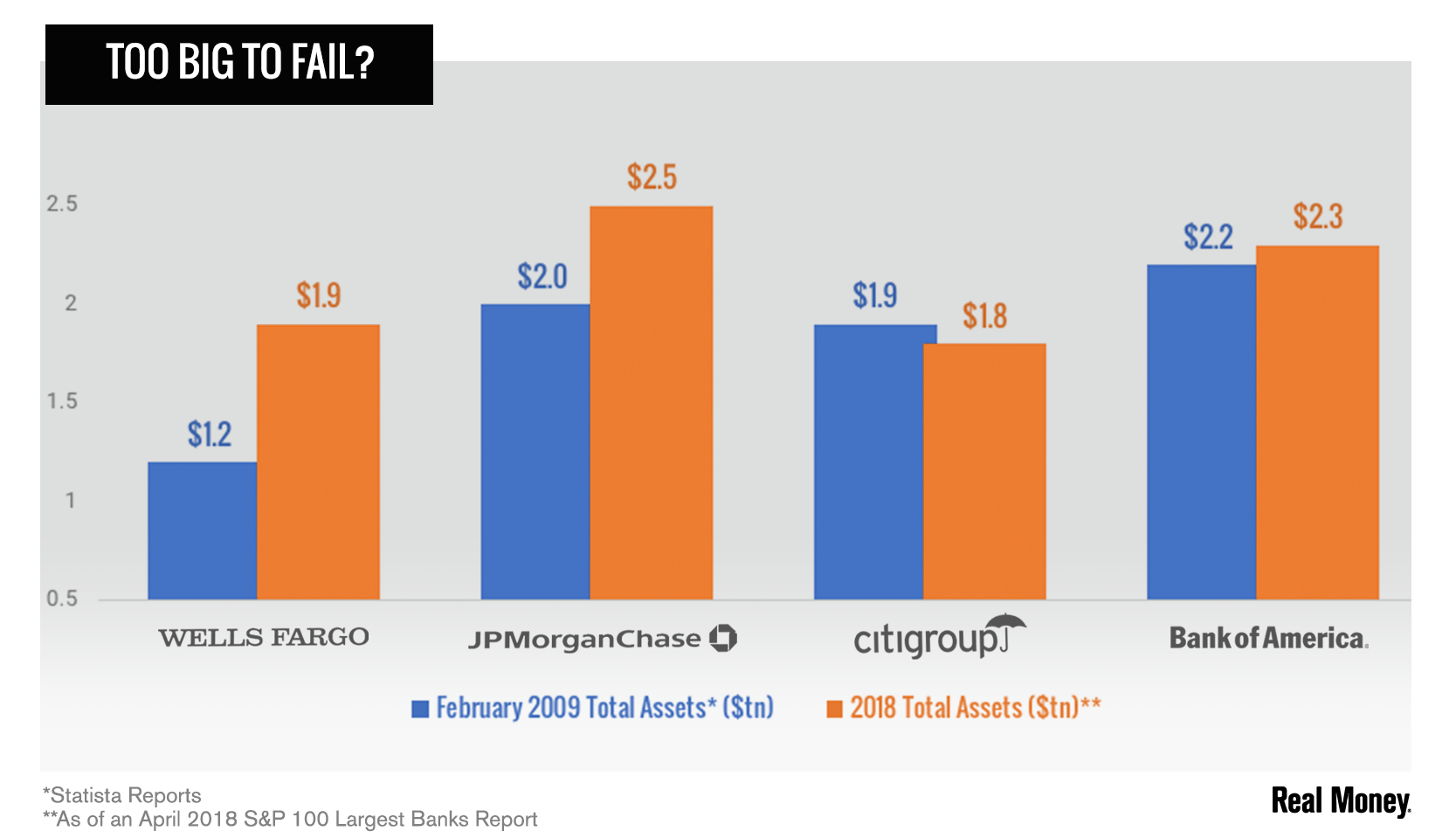 As JPMorgan continues to bolster its deposits to record levels, this is likely to only balloon from here.

Banking stocks are under pressure right now with "geopolitical issues bursting all over the place," as JPMorgan CEO Jamie Dimon said on Friday morning.

Luckily for investors, each of these stocks has shown a remarkable capacity for righting the ship amid much bleaker situations, giving some hope to hang on to after a crazy week.