Campbell Soup Co. (CPB) was mentioned by Jim Cramer on Mad Money  Wednesday night as being one of three companies that have attracted attention from activist investors (PPG Industries (PPG) and Starbucks (SBUX) are the other two). The chart pattern and indicators of CPB have changed significantly since June so let's take a closer look at the charts.

In the daily bar chart of CPB, below, we can see a modest rally from early June to early August. Prices rally above the 50-day moving average and the slope of the line turns up in August. The rally stops at the underside of the declining 200-day line.

Now look at the strength in the On-Balance-Volume (OBV) line -- the line goes up into September and has not really turned lower with prices. Interesting.

The trend-following Moving Average Convergence Divergence (MACD) oscillator turns lower in July and is below the zero line this month.

In the weekly bar chart of CPB, below, we can see a longer-term downtrend. While prices have not made a lower low for a while it is not in an uptrend. Prices are still below the declining 40-week moving average line.

Again, notice the super strong OBV line. Some very aggressive buying. In the lower panel the weekly MACD oscillator is moving to a fresh sell signal.

In this Point and Figure chart, below, we can see some chart points worth keeping in mind. A decline to $35.31 would be a new low for the move down and bearish while a rally to $40.99 is needed to turn things up again, in my opinion. 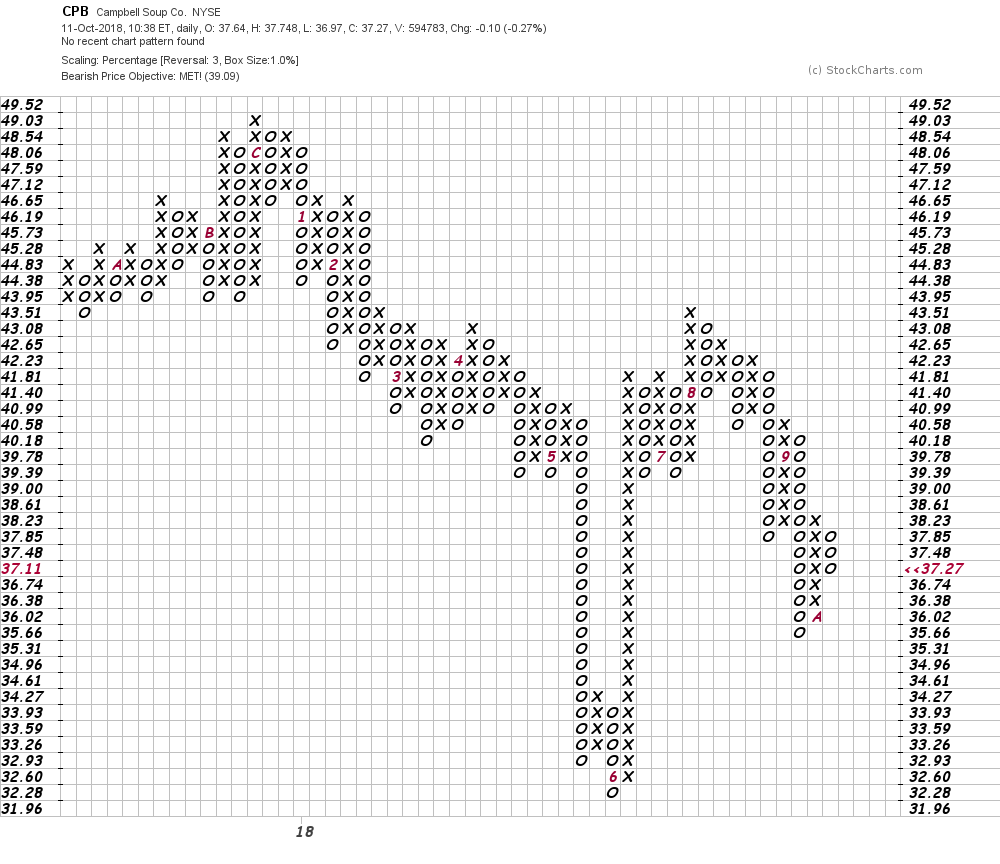 Bottom-line strategy: There is a new player in town or a new recipe for the soup. CPB is most likely going to trade sideways for a while between $34 on the downside and $44 on the upside.