Raytheon (RTN) was preferred over Lockheed Martin (LMT) by Jim Cramer in his Lightning Round in Tuesday night's Mad Money program on CNBC. Let's check out the charts of RTN this morning to see if we should go on the offense with this defense name.

In this daily bar chart of RTN, below, we have a mixed picture with respect to the trends and indicators. We can see a number of trends in this chart. There is a rally from late October to late April, which is followed by a correction down to late July.

Prices have inched back the past two months, but aggressive buying is lacking. Prices are sitting on the rising 200-day moving average line and marginally above the rising 50-day line.

The daily On-Balance-Volume (OBV) line shows strength up to a June peak, followed by a brief decline. The OBV line is mostly flat/neutral from July, which suggests that buyers are not being aggressive at this time. The Moving Average Convergence Divergence (MACD) oscillator moved above the zero line in late August for a buy signal, but it has crossed to the downside this week for a take-profits sell signal.

The weekly OBV line is pointing up in September, but has been in a neutral pattern the past six months. A new high in the OBV line would help the bull story. In the lower panel is the weekly MACD oscillator, which has signaled a cover-shorts buy signal and is close to crossing the zero line for an outright go-long signal.

In this Point and Figure chart of RTN, below, we can see an upside price target of $257.63. 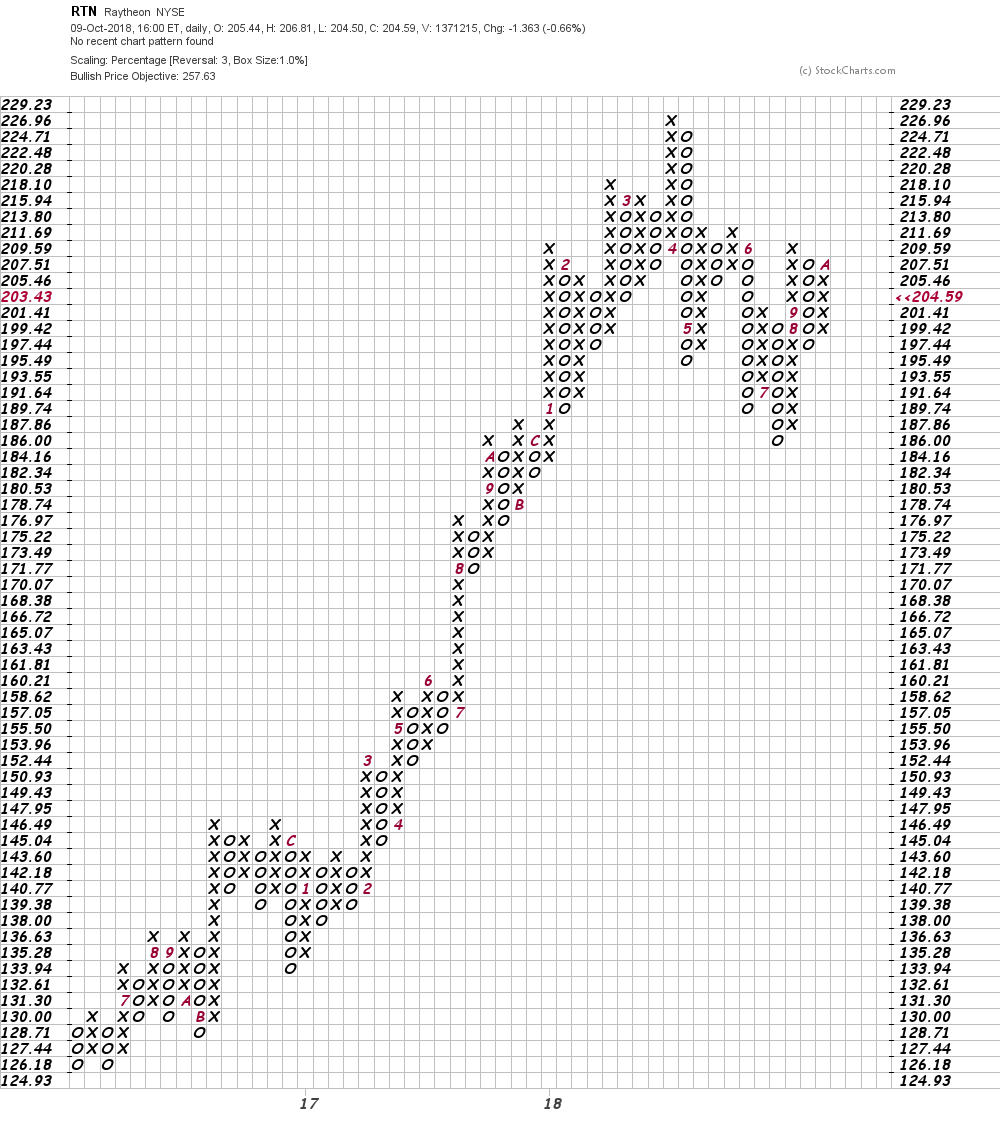 Get an email alert each time I write an article for Real Money. Click the "+Follow" next to my byline to this article.
TAGS: Investing | U.S. Equity | Transportation | Mad Money

The Transportation Sector Is Shifting in Gear

Here's why fears of a Dow Theory nonconfirmation signal are over blown.

Plug Power Keeps Plugging Along on Its Charts

The shares of the hydrogen fuel cell developer are showing promise.

With constrained trade routes between the U.S. and China, I want to own a piece of whomever is steering or parking those big ships off the port of Los Angeles and elsewhere.

There's a Bounce in Bonds