Ford Motor Company (F) has not kept up with global growth in the automotive market despite a modest comeback since its near bankruptcy in the recession.

The Dearborn, Michigan-based automaker's stock made up some ground on Monday, posting a modest gain of 1.5% as the market gains confidence in a possible turnaround under CEO Jim Hackett's streamlining structural shifts.

However, over a longer time horizon extending beyond Hackett's helming of the company, the stall in the stock amidst its post-crisis comeback is more appreciated. 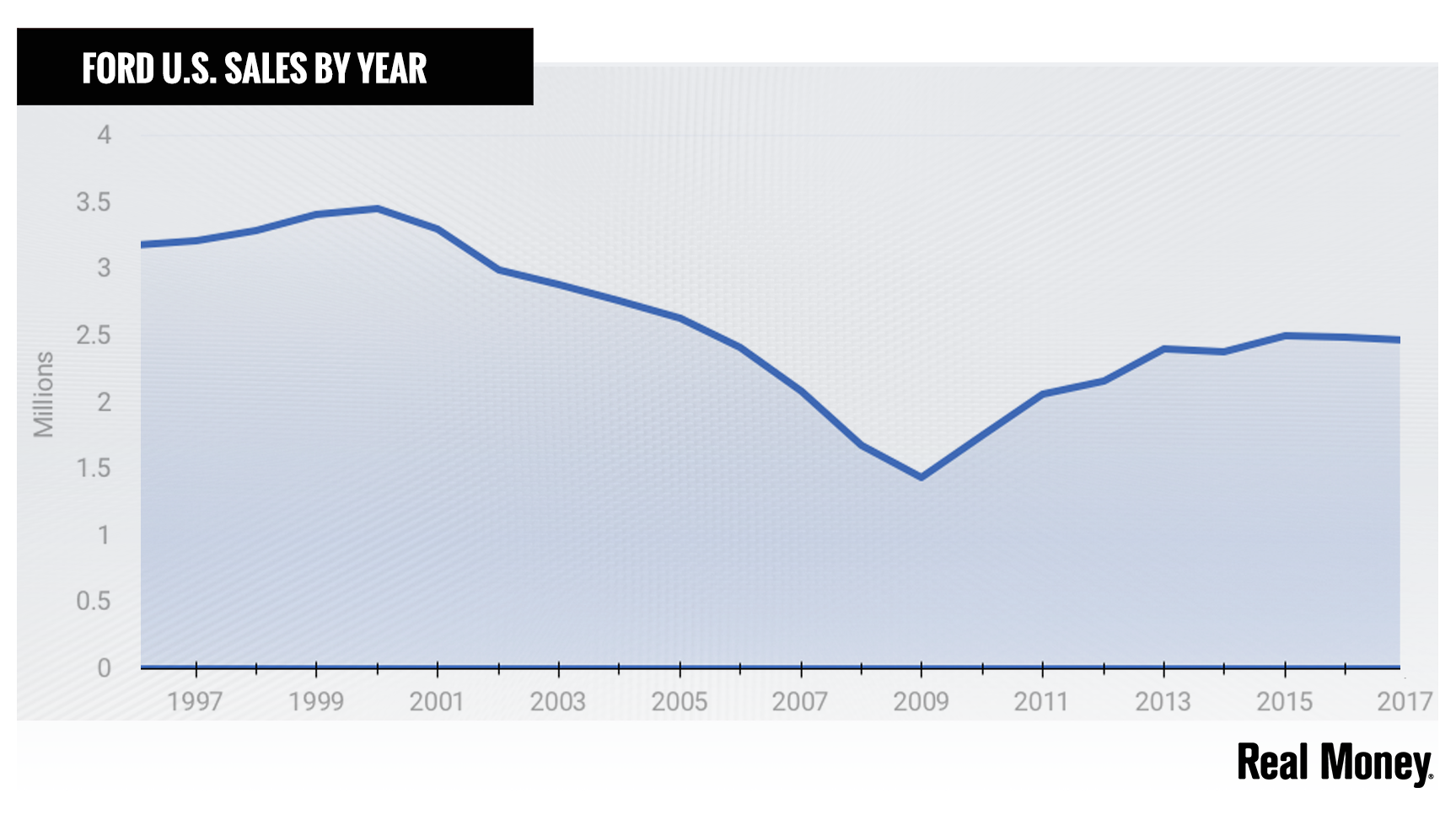 The United States is by far Ford's largest market and the company has not been able to make up the ground it has lost since the 1990s in terms of its overall sales. This comes despite a trend in the U.S. of auto sales recovering to similar levels of those seen in the 90's post-recession.

The resulting trend has seen Ford give up its formerly dominant market share, which once showed that one in every five cars purchased in the U.S. was made by Ford. It now charts around one in  seven. 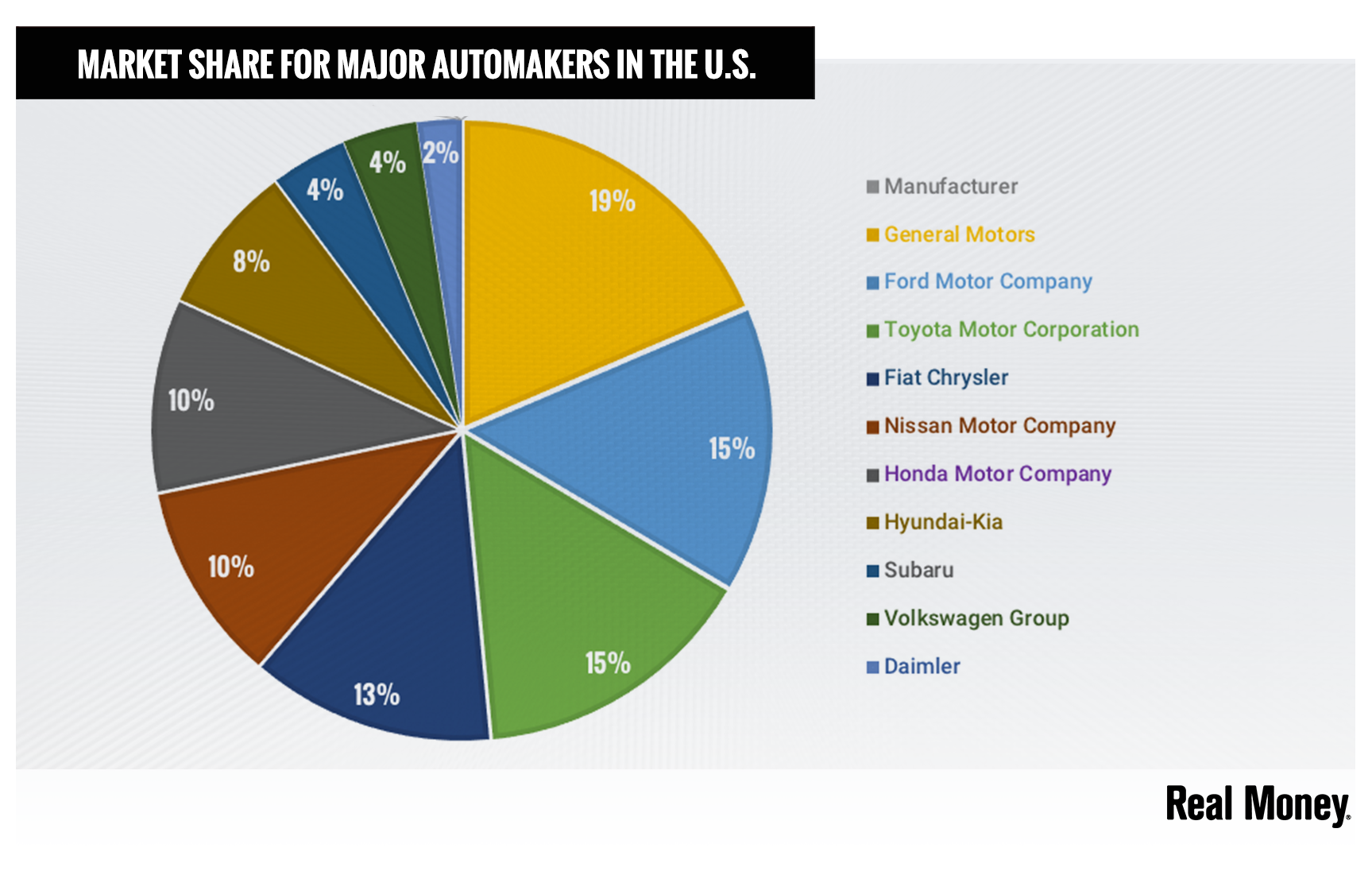 Ford's stalled sales become even more glaring given global market trends, which reflect the rise of the Chinese consumer and car ownership rates surging in numerous emerging markets. Globally, auto sales have grown from just 39.2 million in the 1990s, to an estimated 81 million this year.

Ford has certainly missed some opportunity in this potentially lucrative market, leaving shareholders holding the bag.

In short, Ford is touting its turnaround behind a streamlined business model that attacks necessary aspects of the modern auto market in autonomous driving, international markets, and its expertise in trucks and specialty vehicles. However, the company still has to prove it can achieve its goals, given its recent track record of falling behind its competitors.