Nooyi is undoubtedly a trailblazer for both the beverages industry in the modern age as well as an icon women executives. Her job at the helm of the iconic American company has drawn effusive praise from many a media outlet, and deservedly so given her accomplishments.

That said, in her last year on the job she has endured one of the toughest years of her tenure this year, delivering a -6.6% return year to date against the S&P 500's return of about 11%.

As such, Real Money took a look at comparably tenured CEOs in the space to assess her place in the food and beverage pantheon alongside some of her peers.

In the figure below, her total return to shareholders during her tenure and years of service are charted against the return garnered by CEOs from Coca Cola Co. (KO) , Mondelez International, Inc. (MDLZ) , and Nestle S.A. (NSRGY)  in the course of their respective tenures. 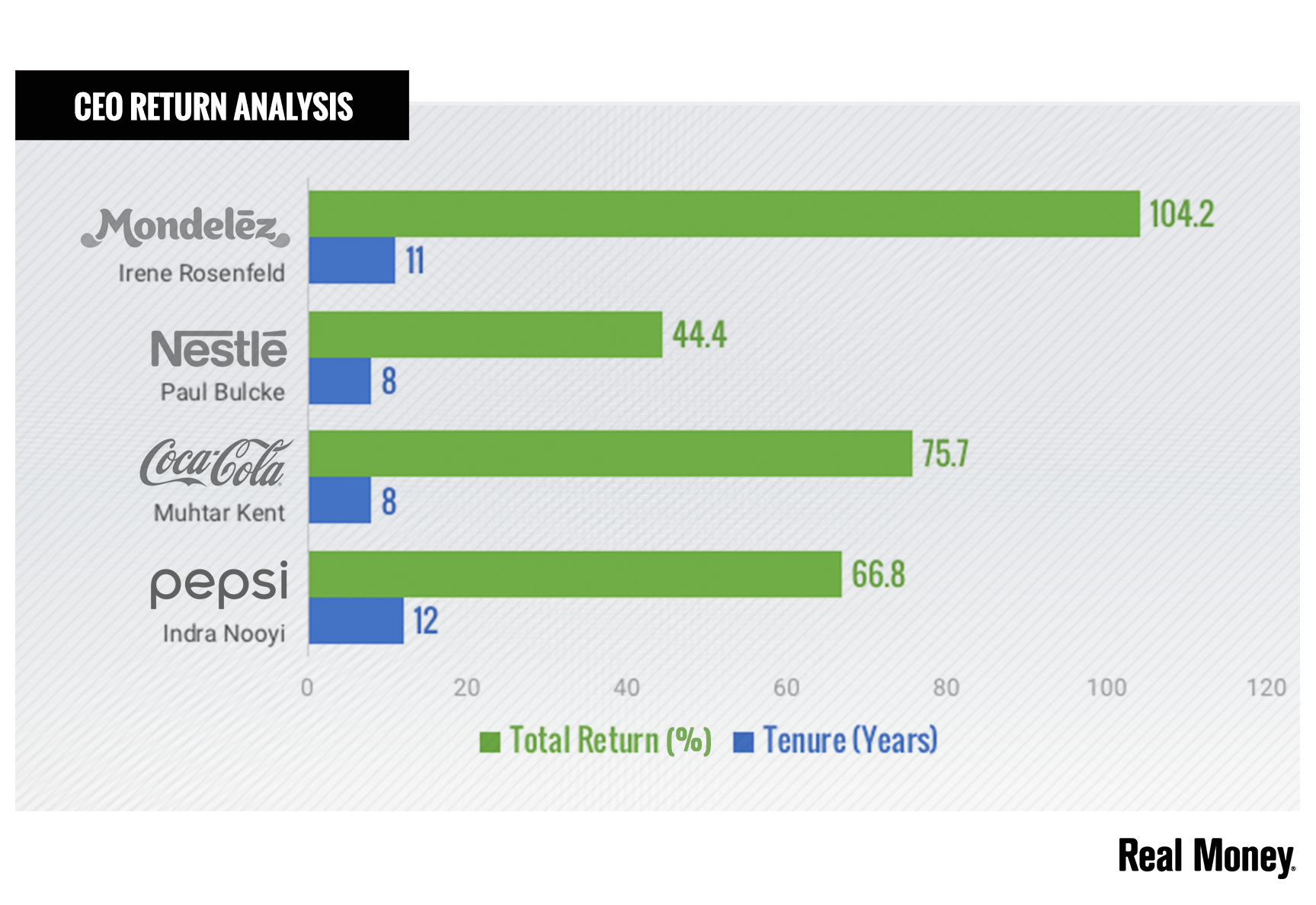 Get Ready for an Earnings Extravaganza

The Fed has done a lot, and is willing to do even more, but for now, is watching Congress. The fiscal side is where the next shoe falls.

Negotiations on the next round of stimulus, more so than tension between Washington and Beijing, and more so than earnings season, will control short-term financial market performance.

Jim Cramer: August Is When the Rubber Hits the Road

Four reasons why August will be the month the pandemic really hits for Americans.