On Jim Cramer's Mad Money show Friday night he discussed Stitch Fix Inc. (SFIX)  , which reports today, Oct. 1. Its shares have risen sharply the past three months and Cramer is still a believer in the company's disruptive concept. While we do not have a lot of price history to look at, we have enough to draw some conclusions.

In the daily bar chart of SFIX, below, we can see can see the price action going back to the IPO in December. Instead of the huge rally right out of the gate, SFIX trades sideways around $20 before a rally gets underway in early June. Prices have more than doubled in about three months. SFIX is trading above the 50-day simple moving average line as well as the 200-day line.

In this Point and Figure chart of SFIX, below, we can see the sideways phase and the rally phase. There is an upside price target of $52.50 being projected. A decline to $38 on this chart would be bearish. 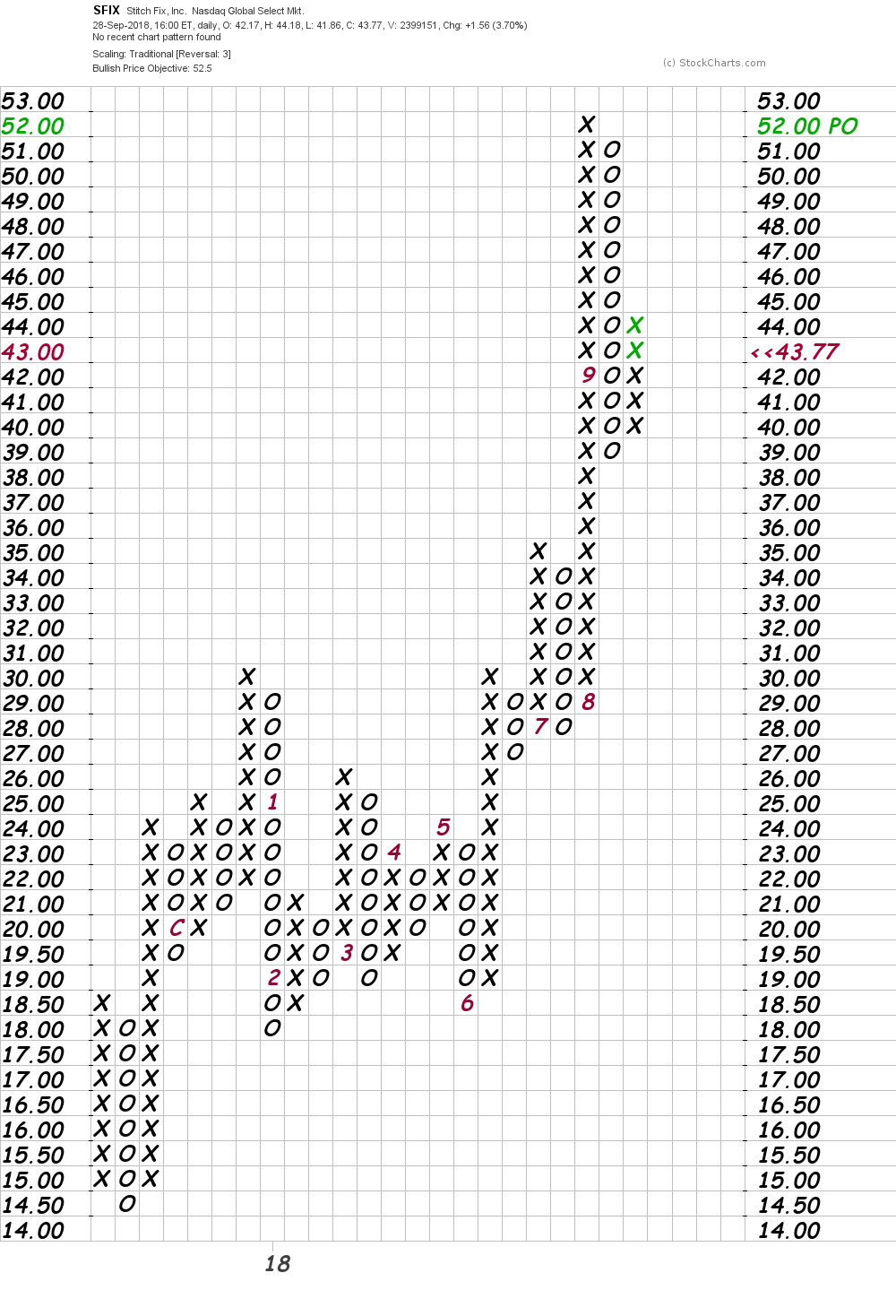 Bottom-line strategy: Holding a new issue through an earnings release can be "dicey" as we have no past history to crunch. Prices could retest the September highs and a decline to $38 is likely to be bearish. I prefer to sit this one out.