In another "Executive Decision" segment from Friday's "Mad Money", our own Jim Cramer checked in with John Donahoe, president and CEO of ServiceNow, Inc. (NOW) . NOW is one of Cramer's cloud king companies.

The two discussed the business but I want to focus on the charts and indicators today. NOW was reviewed last month, where I wrote, "NOW needs to see a new high in the OBV line but aside from that obstacle the charts are bullish. Investors should raise sell stops to a close below $170 and traders to below $175. The $240 area is our next potential price target."

In this daily bar chart of NOW, below, we can see that prices traded sideways the past month but established a new high for the move up within the broader sideways action. Despite the new high the indicators weakened.

The 50-day moving average line is flat but the slower-to-react 200-day line is still bullish. The volume of trading increased last month as prices declined which is a bearish sign.

The daily On-Balance-Volume (OBV) stalled while the 12-day momentum study made a lower high in September versus July. The weakening in momentum while prices made new highs is a bearish divergence and tells us that the rally is slowing.

In this weekly bar chart of NOW, below, we see a mixed picture with respect to the indicators. NOW is up four-fold in three years. Prices are still above the rising 40-week moving average line but I wouldn't be surprised if we saw the line tested in the weeks ahead.

The weekly OBV line made a slight new high for the move up in early September but its performance has not been as strong as the price gains.

In the lower panel is the 12-week momentum study or indicator which shows a weakening trend from late February to now despite prices making new highs. This is a bearish divergence and could foreshadow a correction to the downside.

In this Point and Figure chart of NOW, below, we have yet to break an uptrend line but the software is projecting a downside price target of around $162. 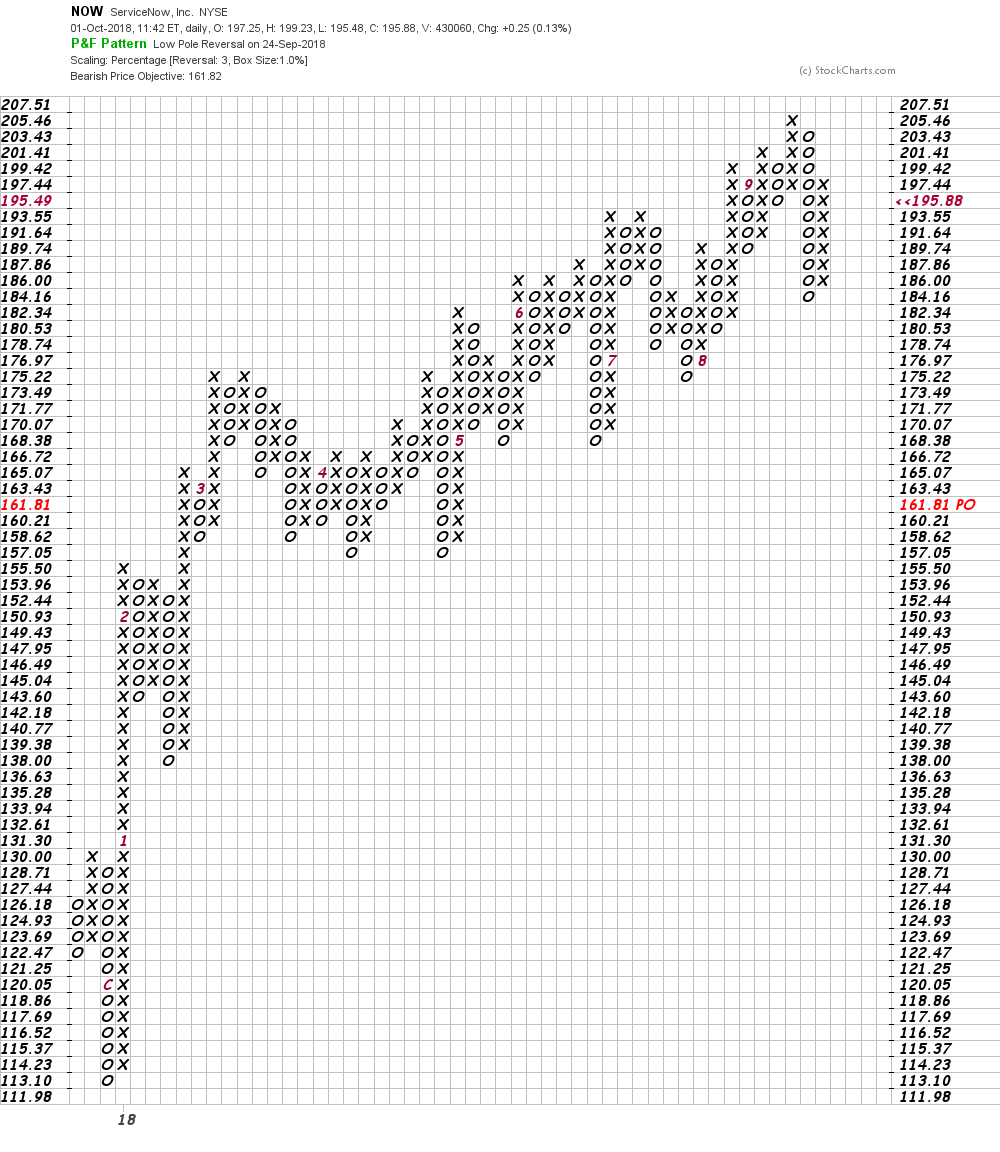 Bottom line strategy: NOW could still trade higher but I see enough divergences to be at least cautious, almost bearish. A close below $180 would break nearby support. A close below $170 would break the rising 200-day moving average line. Traders should examine their cost basis as they consider a closer stop loss order.