Bed Bath & Beyond Inc.'s (BBBY) buyback strategy could be "the worst buyback in history", according to Action Alerts Plus Portfolio manager Jim Cramer.

The struggling company, which is trading down 21% as of 1:18 p.m. in New York, has turned to buyback programs as a way to kick-start its stock in recent years.

In 2014 and 2015, this amounted to billions of dollars in share repurchase programs. This has slowed down a bit, but the company continues to pursue this failing policy. 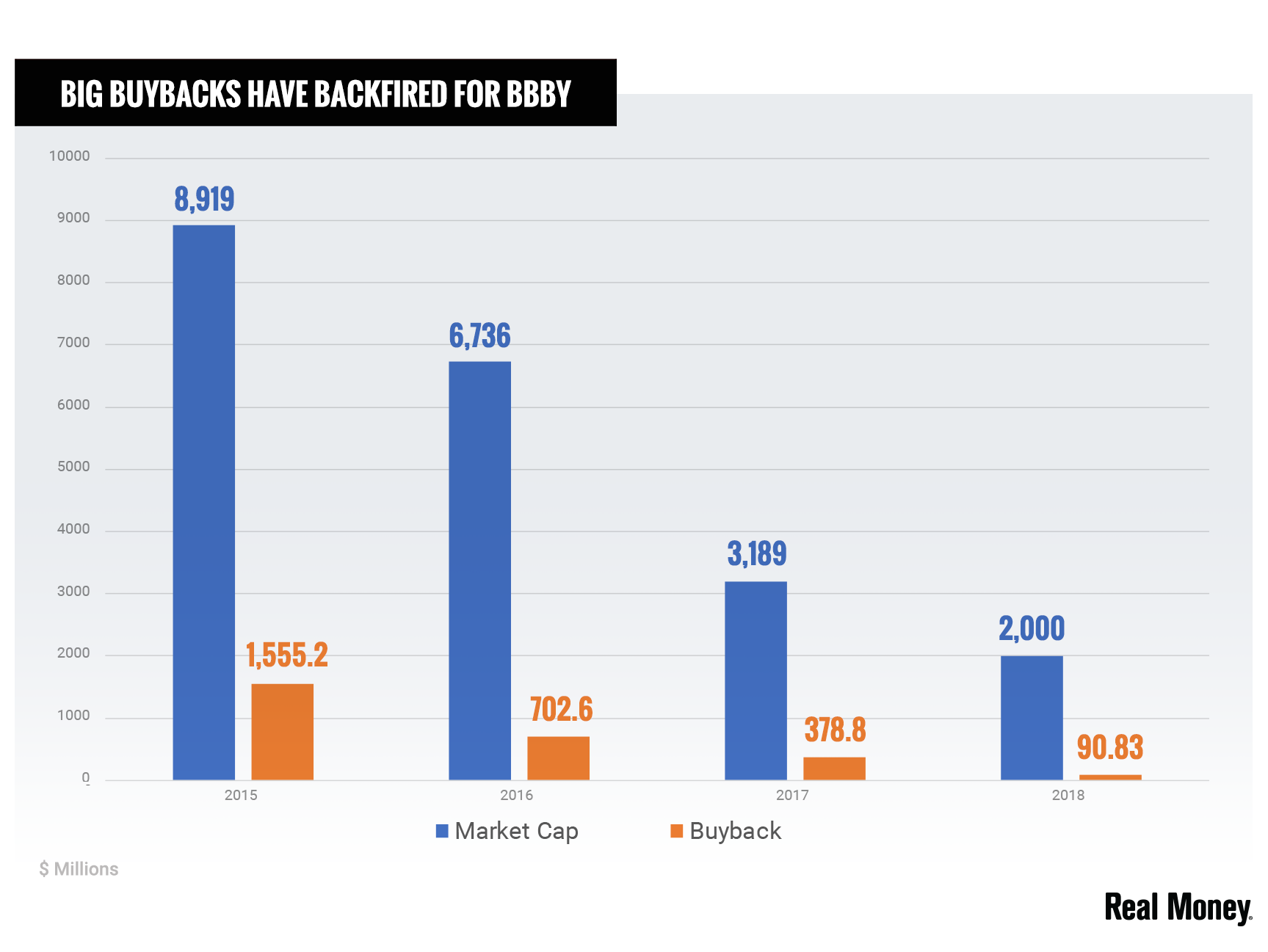 Instead of kick-starting the company, it has left the company $1.5 billion in debt.

The extra spending is likely not a welcoming sight for shareholders, who might have preferred more investment in the business.

Tracey Ryniec, a stock strategist for Zack's Investment Research, said as much this morning.

$BBBY spent $41 million in buybacks this qtr. That's $160 million over the year if they keep that pace. Why not spend it on the business?

Cramer's comments on CNBC this morning, describing the buyback as one of the worst ever, is not the first time he has criticized the aggressive buyback program, which has come to eclipse the total value of the company amidst the stock's recent slide. 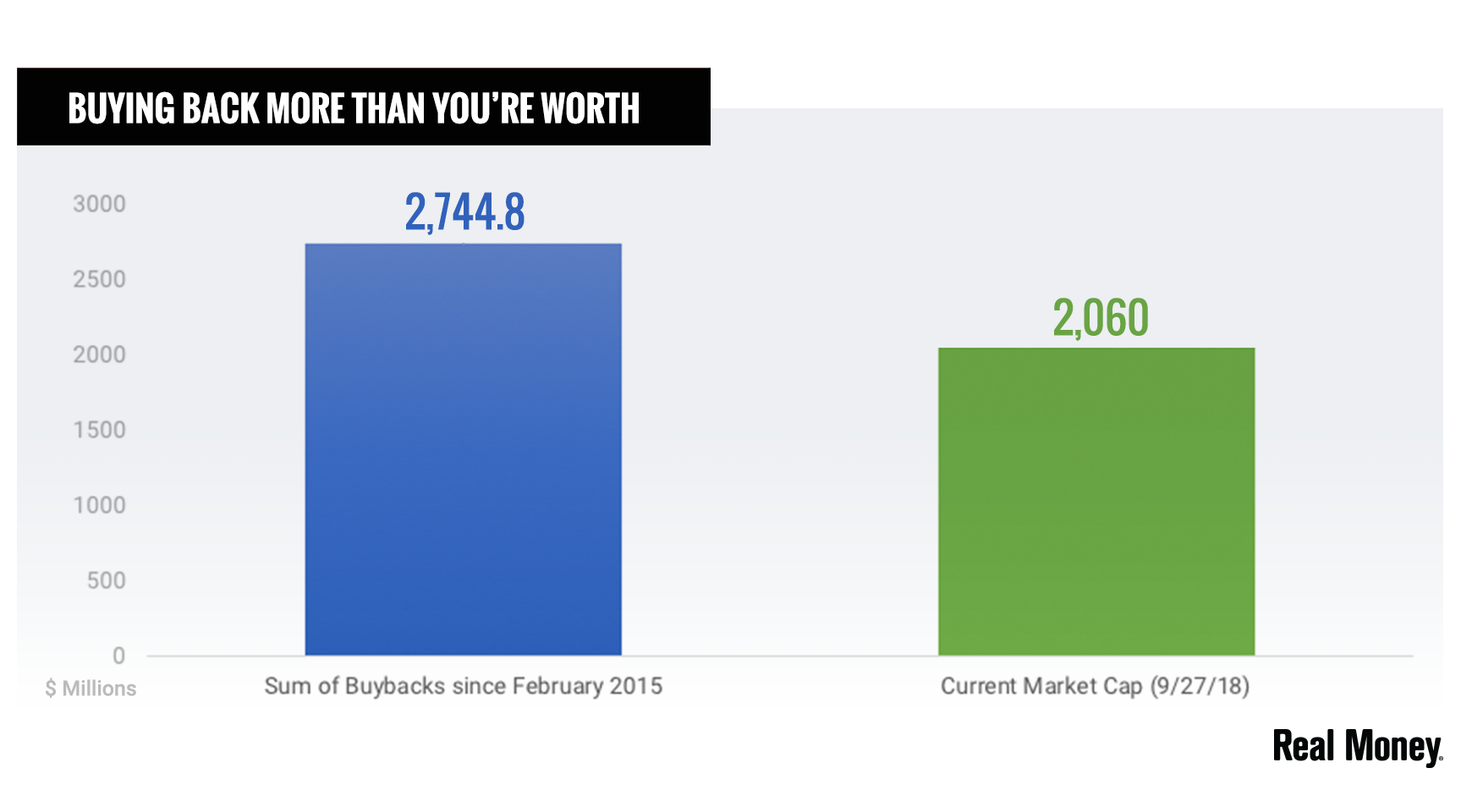 "They repurchased 62 million shares at much higher prices," he said of the program in a mid-2017 episode of Mad Money. "They might as well have stuck the money in the fireplace and put a match to it for all it did for shareholders."

Essentially, that is what executives have done, given that the share price has fallen to just a quarter of its value when its $1.5 billion share repurchase was approved in September 2015. Shares are now trading at less than $15 per share, compared to around $60 per share at that time.

"It is a bad buyback," Cramer concluded one year ago for TheStreet. "It was a huge waste of their money." His warning was not heeded.

To be sure, the pullback today could be overdrawn as the Relative Strength Index at mid-day is saying that the stock is oversold. The index is currently charting at 25, markedly below the oversold band of 30.

That said, a small technical indication in the face of an over 20% drop in share price will do little to placate ailing shareholders.

Cramer has often said it's "hard not to love a company with a big buyback program." Bed Bath and Beyond is proving there are exceptions to the rule.

Get an email alert each time I write an article for Real Money. Click the "+Follow" next to my byline to this article.
TAGS: Jim Cramer

Jim Cramer: There's Only One Reason Why the Reopening Failed

Goldman Sachs yesterday said that it's all about masks vs. a huge decline in GDP from another shutdown.