For an "Executive Decision" segment on Mad Money Tuesday night Jim Cramer spoke with Drew Houston, the CEO of Dropbox Inc. (DBX) . DBX is a cloud storage provider that went public in late March. Prices had a brief surge higher in June but the share price has slipped lower and lower the past few months.

Could the stock be ready to try the upside again? Let's take a look at the charts.

In the daily bar chart of DBX, below, we can see a mixed but improving picture. Prices are below the declining 50-day moving average line but the line is not that far above the market now. A strong close above $28.25 should break it.

The daily On-Balance-Volume (OBV) line declined from the middle of June to the end of August telling us that some of the people who bought DBX early may have liquidated. This month the OBV line has moved sideways, suggesting a balance between buyers and sellers. If you look closely at the price action this month you should be able to see that dips under $26 have been bought.

In the lower panel is the 12-day price momentum study, which shows that the decline has slowed from July to August to now. This bullish divergence, when compared to the price action, may not be enough to turn DBX into a new uptrend but it is a start.

In this Point and Figure chart of DBX, below, we can see a potential base pattern. A trade at $27.53 should be a double-top breakout and potentially could open the way to a rally back to the $30-$31 area. 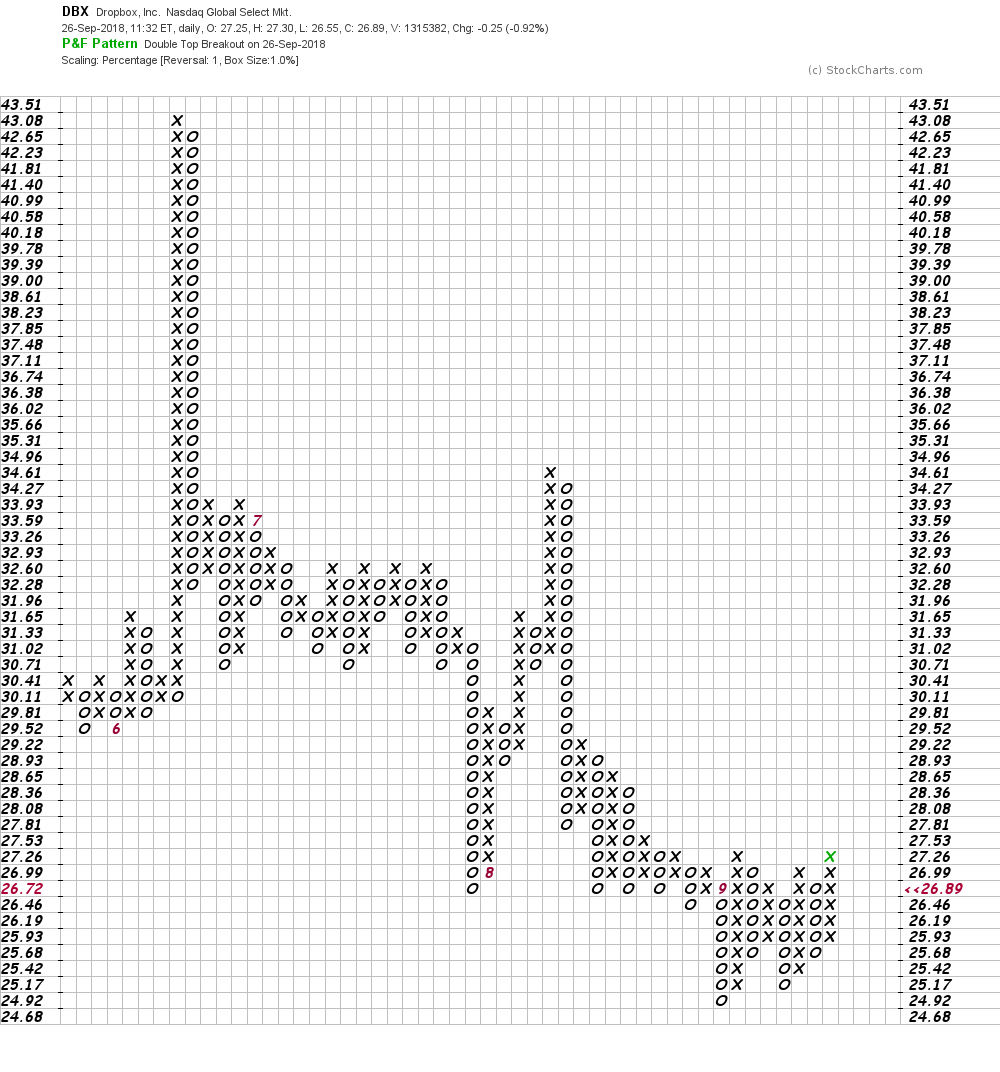 Bottom-line strategy: DBX does not yet show enough accumulation to be a strong buy recommendation but it has improved this month and we could see prices work higher from here.

The Great Shake Out

Every move in the market appears to be shaking out weak holders, long and short.