We've continued to try to find value in the energy space by trading around and out of winners among independent exploration and production companies and majors that have recently peaked -- at least for now. We've assembled a mélange of energy-focused names that defy categorization -- and we shouldn't care about that.

Our job is to make money -- period.

Looking over our portfolio of current energy names, there's a lot to like: A targeted natural gas name, Southwestern Energy (SWN) ; a LNG provider, Cheniere Energy (LNG) ; a start-up Permian-basin special-purpose-acquisition company, Silver Run Acquisitions (SRAQU) ; and a refiner, Valero (VLO) . In adjusting this strange portfolio, I'd feel safest adding to one of them only -- Valero. It seems most poised to take immediate advantage of the energy space right now.

Why? Well, several factors are working to the advantage of the refiners today, while they are working to the disadvantage of oil producers in general. The most important has been the very slow rebalancing process that has occurred in the shale plays here in the U.S. I had thought very strongly that we'd be much further along in the process of rebalancing. So far, we've seen perhaps a 600,000-barrel-a-day decline in tight oil production from our highest point in 2014. I would have thought that we could have seen more than a 1.5 million barrel-a-day drop by now, assuming the level of debt and negative cash flows among independent oil producers at a crude price of $45 a barrel. 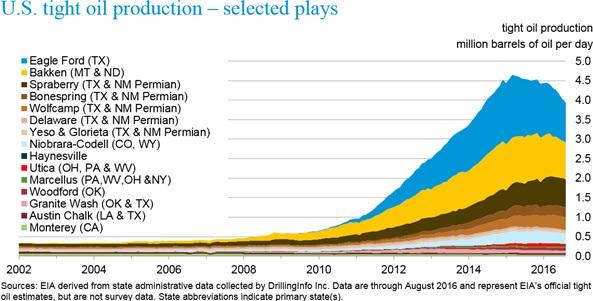 Instead, money continues to chase shale players of all financial worth: Even Halcon Resources  (HK) and SandRidge Resources  (SD) have found their way out of bankruptcy in the last week, despite having the same underwater assets that sank their common shares to zero. And they continue to pump and provide cheap crude to U.S. refiners despite negative cash flow.

Now, add the simple economics of low gasoline prices -- you know where price and demand move on an inverted slope? Gasoline consumption is up this year on average more than 3% compared to last year, despite the influx of more economical cars. Cheap gas is an incentive to drive more. 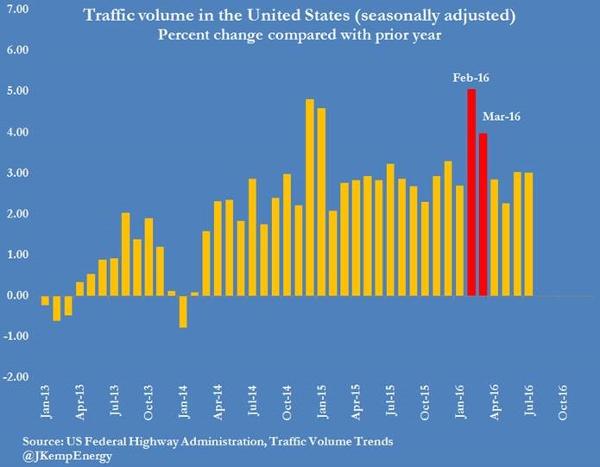 All of this points to a continuing strong trend for the refiners here in the U.S. -- cheap and plentiful crude and a continuing high demand for product. This is in spite of a less-than-premium crack spread, courtesy of the titular end of the crude export ban. Gasoline has remained a freely exportable commodity, far more capable of finding an overseas arbitrage compared to crude -- and refiners have recently been very adept at finding those seams in the markets.

That's why I prefer larger names like Valero, with a long-standing reputation for dealing with both sweet and sour blends and export opportunities. I suppose I wish that I had had a few bucks in Tesoro  (TSO) , as it finalized its partnership with bio-renewable company Virent. It is clear that Tesoro will now have an advantage in the renewable identification number (RIN) wars that Valero and others must still contend with. Although, by the time Virent can make a major dent in RIN quotas for the refiner, I'm not sure that the EPA will have again greatly reduced the burden of blending (as they did in 2015) on all of U.S. refining.

EPA blending standards notwithstanding, Valero, Tesoro and Phillips 66  (PSX) remain worthwhile holdings in your energy portfolio, and some of the strongest midterm opportunities in the energy space today. I'm planning on adding to these opportunities in my own portfolio.