Streaming-music giant Pandora (P)  , which agreed Monday to sell itself to Sirius XM (SIRI)  for $3.5 billion, has failed to turn a profit throughout its history and has fallen behind rival Spotify (SPOT)  in terms of total users. Perhaps that explains why both SIRI and P shares fell on news of the planned merger. Let's check out both companies' prospects using two charts.

First, this chart shows that Pandora once had the lead over Spotify, but now only has able half as many users: 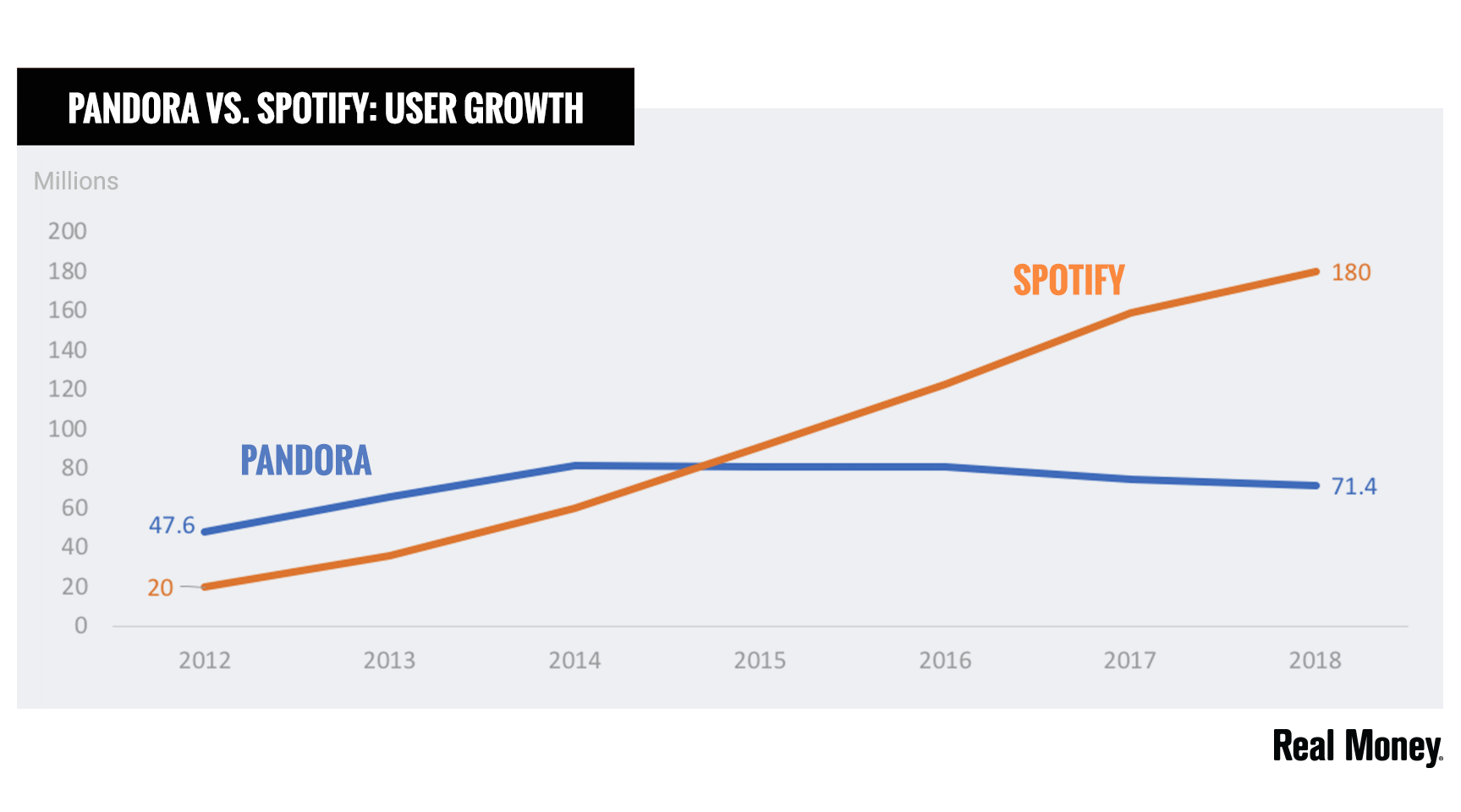 And as for Sirius, this chart shows how heavily the satellite-radio giant relies on "shock jock" Howard Stern, who guided the radio giant through its formative years but is approaching the twilight of his career: 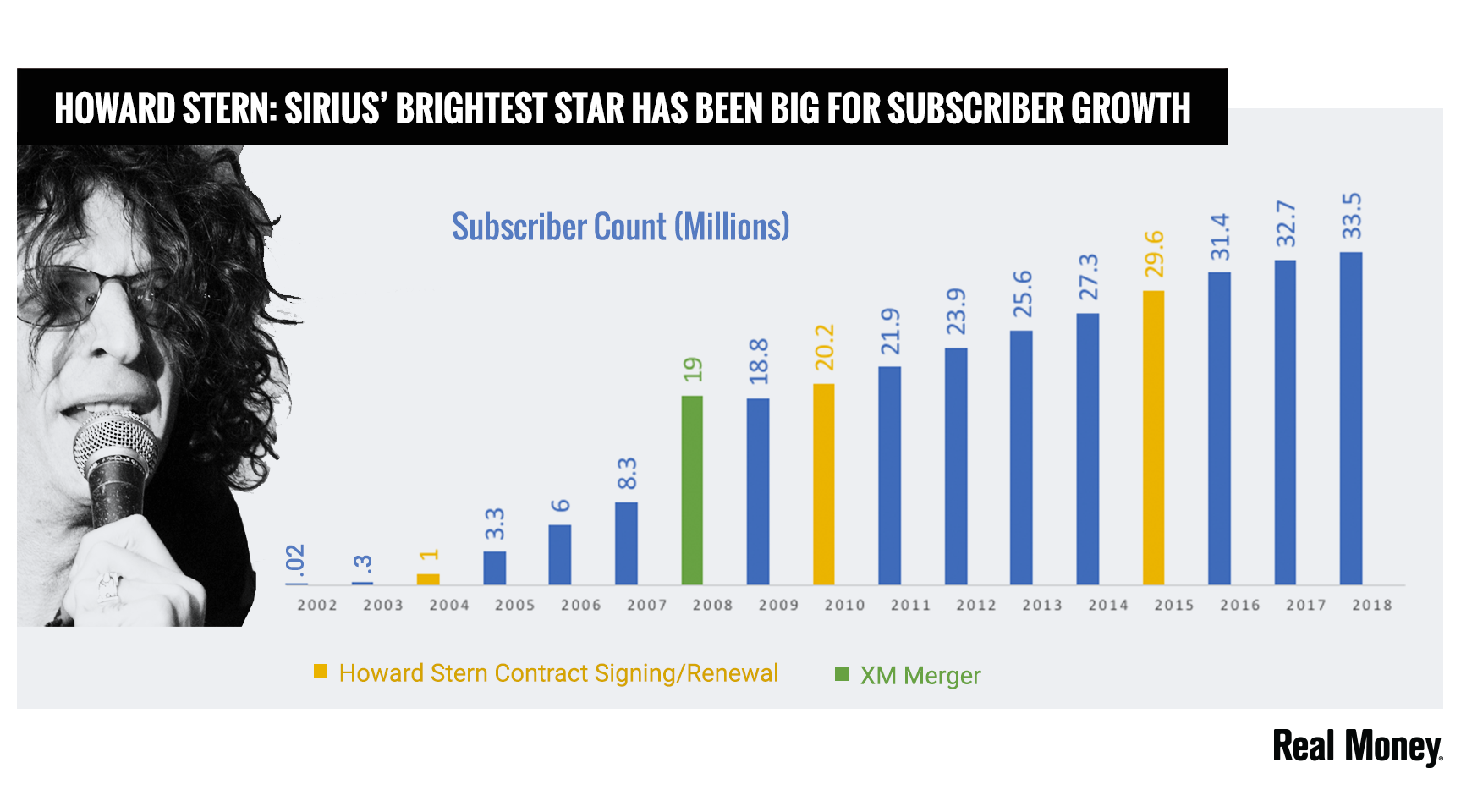 Stern turns 65 in January and will see his contract expire in less than two years -- and Sirius could see a big drop-off in subscribers if he calls it quits. A 2014 Macquarie survey found that 12% of Sirius XM subscribers listened to Stern's shows regularly. The survey also found that these listeners were "highly engaged" subscribers, and about half of them -- several million -- would consider canceling if Stern left.

Facing that prospect, Sirius -- which already owns 15% of Pandora -- might have decided that owning the company outright could engage Millennials who stream music, potentially countering the eventual loss of Stern fans and SIRI's current reliance on car-based listeners.

"We view this as a logical strategic step for Pandora given potential synergies between the two companies," RBC Capital Markets analyst Mark Mahaney wrote in a note Monday.

He explained that given the two companies' differing bases -- streaming audiences vs car-based audiences -- the merger represents a common-sense synergy. "Given Sirius XM's current 15% stake in Pandora, we also view this as a not-too-surprising development," Mahaney wrote. "The list of potential competing strategic bidders would include Spotify, Apple (AAPL) , Google (GOOG) , (GOOGL)  and Amazon (AMZN) , but we believe it reasonably unlikely that any of these companies would come in at this point."

Is Your Portfolio Out of Style? Try Some Calvin Klein, Guess? or DKNY

The name behind these brands and more could help you tailor a nice trade.