Here's a column on what I call "20 cent" stock picking. I call it that because it's so uncomplicated, so intuitive that anyone can do it, and it more often than not turns about to be a great tool. Today, this 20-cent stock tool is sending me toward natural gas stocks far more often than oil stocks -- and it's where you need to concentrate your energy portfolio money right now.

What is 20-cent analysis? It's easy, really: Take a company and look over its historical chart, see where it's been and where it is now -- and make a quick, 20-cent assessment of where it might go in the future, in order to gauge current value. It's down and dirty and awfully simple, but guess what? It also often points you in the right direction. 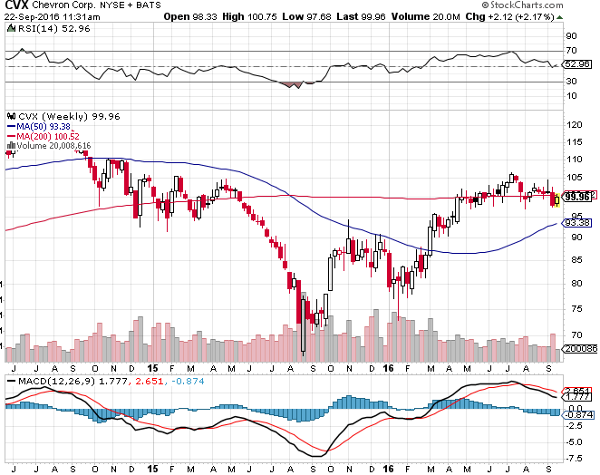 Chevron is a mega-cap energy stock that, despite engaging in all hydrocarbon production including natural gas, liquids and chemicals, still trades as a crude-oil stock more than anything else. Notice that even during the beginnings of the oil and gas bust, Chevron was coming from a height of about $130 a share. After bottoming under $70, it has recovered to trade nearly $100 again. The 20-cent analysis would say, "What's my upside here? Even if oil recovers towards $100 a barrel as it was in early 2014, would Chevron do much better than it's done previously?" Add the fact that a good portion of the strength in Chevron (as in other mega-caps) is its steady dividend -- certainly at risk in a longer bust cycle, as it was with Conoco-Phillips (COP) -- and you're pointed intuitively away from this one, at least right now.

Now have a look at Southwestern: 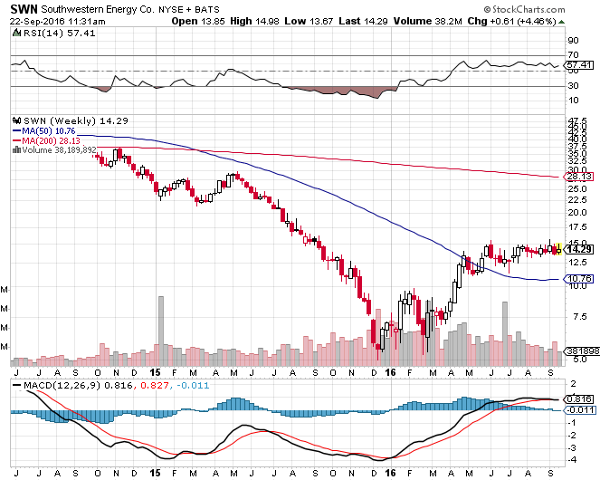 The Marcellus-based natural gas company has certainly endured a different battle than Chevron: It's had to resort to serious bond leverage and stock secondaries to survive this natural gas bust cycle. Hence, it's not surprising that it had a much deeper collapse as the oil and gas bust progressed, coming from nearly $50 a share in early 2014 to bottom at a lowly $5 a share, before recovering today to above $14. The 20-cent analysis would ask again, "What's my upside?" and get a much more enthusiastic response: Certainly if natural gas saw $4 or $5/mcf as in early 2014, we might not get back to its $50 highs, but the chances of doubling its current $14 share price is pretty good, despite the extra debt.

Add to that the current pace of natural gas rebalancing, as compared to oil, and you've got more than a 20-cent stock to look seriously at: Natural gas injections were below the five-year average for the 19th straight week, the result of an unusually hot summer and reduced drilling caused by capex slashes in the Marcellus and Utica. It seems that the pace of the boom/bust cycling I outlined for oil in my book is more closely being represented by natural gas and will undoubtedly rebalance far ahead of the oil market. The reasons for that are worthy of a different column.

The deeper the analysis, the more reasons you will find for placing hard-earned investment dollars away from oil at this point in the cycle -- and toward natural gas.

But it is the 20-cent analysis that gets you started in that search for value -- and remains a very valuable and easy tool to use.