Last night on the ever popular Mad Money show on CNBC, our own Jim Cramer sat down with Yuval Cohen for his "Executive Decision" segment. Cohen is the CEO of Corbus Pharmaceuticals Holdings Inc. (CRBP) . The share price exploded on the upside Thursday on news the company has struck a deal with Jenrin Discovery to study 600 of their compounds (cannabinoids).

Let's put aside the news and take a look at the charts and indicators.

In the daily bar chart of CRBP, below, we can see that prices were in a downtrend from late January to early August. Prices rallied above the declining 50-day moving average line in late August and the average line began to flatten.

On Thursday prices made a huge rally to close well above the declining 200-day moving average line. Volume exploded and the daily On-Balance-Volume (OBV) line moved up sharply after a long decline. The trend-following Moving Average Convergence Divergence (MACD) oscillator turned up, too.

In this weekly bar chart of CRBP, below, we can see that the price of CRBP peaked back in 2016 and has moved lower in a channel. Prices were below the declining 40-week moving average line until yesterday. The weekly OBV line was bearish until this week and the same with the MACD oscillator.

In this Point and Figure chart of CRBP, below, we can see the sharp rally and a potential price target of $14.42. 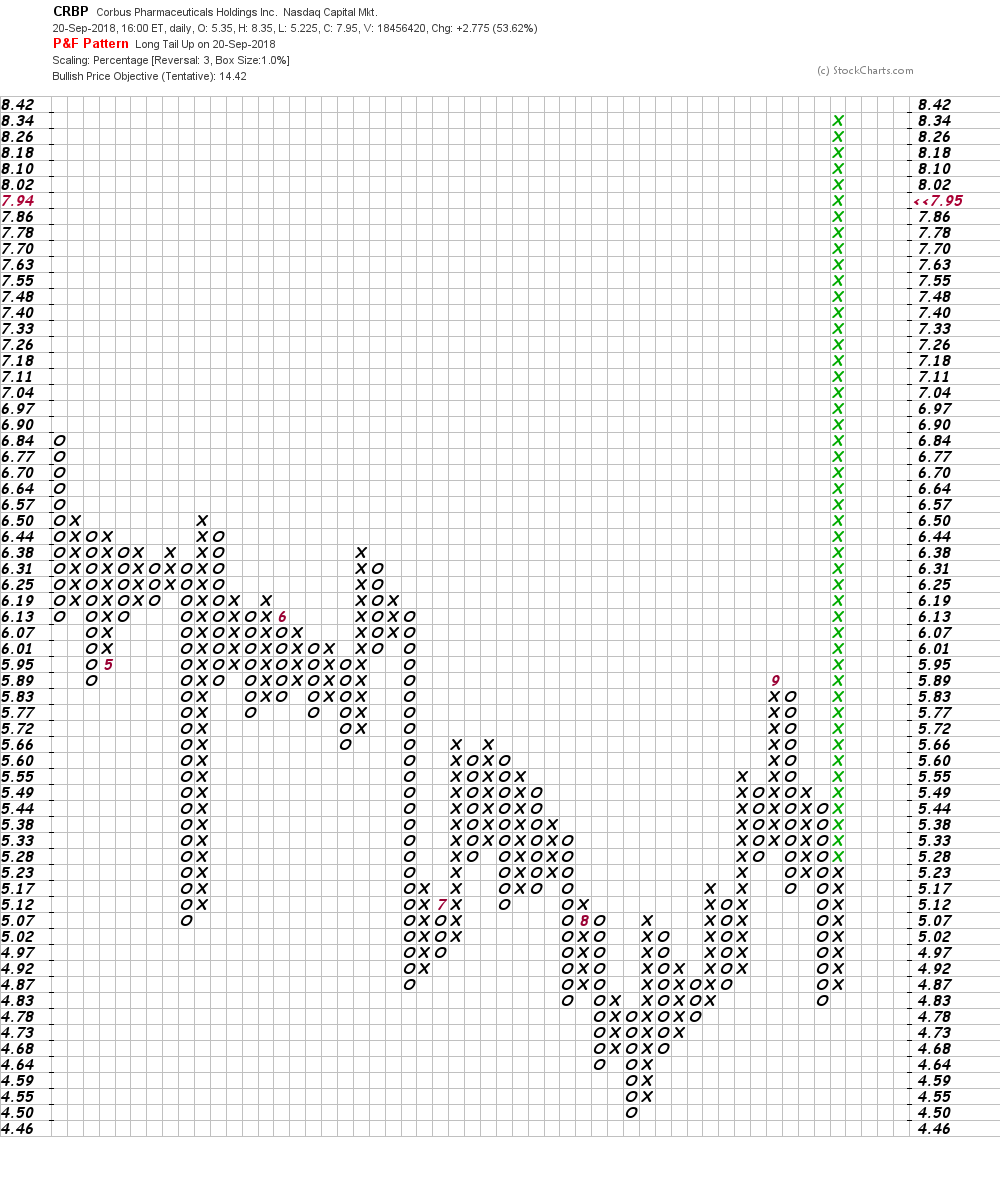 Bottom-line strategy: The next move for CRBP is a tough call. Prices could continue to surge higher -- someone smarter than me needs to figure out the potential of this deal with Jenrin. Prices could trade sideways as traders digest the news and some take profits while others decide to buy. Last, prices could just reverse and trade back down to $6 or so.